NIS America Launch Etrian Odyssey IV: Legends of the Titan on the Nintendo eShop from Today 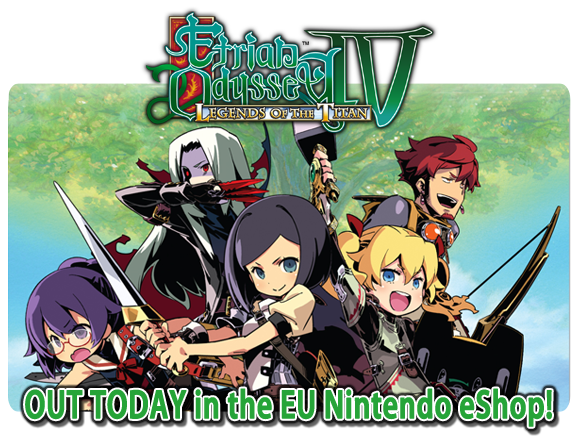 Following their retail release late last month, Nippon Ichi Software America have today confirmed that their European release of the game is now available through the Nintendo eShop as a digital download for the Nintendo 3DS. This marks the second time an installment in ATLUS’ Etrian Odyssey franchise has been released in PAL regions – the first being approximately half a decade ago.

Yet to try out an Etrian Odyssey game (Not that there has been much option in PAL regions prior)? A demo of the game is now available for download also via the Nintendo eShop in addition to a newly posted review of the game HERE.

A subsequent release in Australia and New Zealand will follow on the 12th September 2013 thanks to the team at Namco Bandai Games Australia in collaboration with NISA.