The COVID-19 pandemic sweeping the planet is (hopefully) a once in a lifetime experience, with members of the general public encouraged to stay at home except to seek out essential services such as medical assistance or grocery shopping. This has had a significant impact on the worldwide cultural industry, with both major and community arts and performing arts venues shut down indefinitely. While it is practically impossible to now visit a theatre and watch a performance, some organisations have embraced online technology and taken the initiative to offer an extensive assortment of ways to enjoy a performance from the comfort of your home at no cost. These may not replace the full experience of sitting in a theatre with the performers/orchestra mere metres away from you, but is also an opportunity to sample something new and pass the time in as creative a way as possible. With that in mind, here are five more producers who are ensuring you can remain culturally active over the coming weeks.:

1
The Shows Must Go On

Lord Andrew Lloyd Webber is the creative behind many iconic musicals over the years including Jesus Christ Superstar, Cats, The Phantom of the Opera and newer works including School of Rock the Musical and the upcoming West End production of Cinderella. Through ‘The Shows Must Go On’ initiative, one major musical will stream online for 48 hours each weekend for the coming weeks.

This initiative started last weekend with Joseph and the Amazing Technicolor Dreamcoat, while this weekend things at being dialled up with the fantastic arena production of Jesus Christ Superstar feat. Tim Minchin as Judas.

You can access the weekly streams via The Shows Must Go On! Youtube Channel. While the full line-up has yet to be confirmed, Lord Webber has confirmed his disaster musical By Jeeves will be featured sometime soon. Given the streams so far have been professional recordings captured for home video release, other shows one could expect to see include: The Phantom of the Opera at the Royal Albert Hall, Cats and Lover Never Dies.

Offering a new platform with life outside of the COVID-19 pandemic, The Australian Ballet has commenced their free ‘Ballet TV’ digital service. Making up their 2020 Digital Season with a range of offerings across the year, they claim to have “hand-picked a selection” of their “most beloved and inspiring ballets”. Last week the service kicked off with David McAllister’s production of the iconic ballet The Sleeping Beauty.

The Australian Ballet is not unfamiliar with offering broadcast and home-video quality recordings of their productions, having delivered a range of post-season recordings on DVD over the years. In addition to the full production streams, this service offers additional behind-the-scenes and studio workshop videos.

You can access The Australian Ballet’s TV Service HERE.

Want your nightly fix of opera? Every evening, The Metropolitan Opera (more fondly referred to as “The Met”) is holding a nightly stream featuring a rotation of their many productions.

As of writing, they are offering the full two-and-a-half-hour production of Don Pasquale, which is due to be replaced with a different show at 6.30pm EDT. If you have ever thought about giving opera a shot but never wanted to spend the money to find out if this genre of live performance is your cup of tea, this might be your best opportunity to find out!

You can catch the nightly streams via the official The Metropolitan Opera website.

Moving to the United Kingdom, The Royal Opera House and The Royal Ballet will be offering several of their productions from 2009-2014 for free on-demand through their official Youtube and Facebook pages. This is in addition to a wealth of curated content offered through the Marquee TV performing arts streaming service, which is a paid service but offers a 30-day free trial.

The free streamed productions are as follows:

Let’s be honest… all of us could use a laugh or two right about now, right? New York’s comedy theatre company Magnet Theater are moving their performances over to the (usually video-game-oriented) Twitch streaming platform for the time being. As part of the Virtual Magnet Theater initiative, you can enjoy digital shows every evening (New York local time)! For example, you can catch two performances this evening:

The Executive Circle: THE EXECUTIVE CIRCLE is a parody of the popular Netflix Reality Show The Circle; a sort of “Big Brother” meets “Catfish” where contestants compete to be popular on social media. EXECUTIVE CIRCLE contestants will each design a catfish character profile and communicate on a specially designed social media app, hiding their true identities from the rest of the contestants. Throughout the competition, the players rate each other, with the lowest-rated players put at risk of being blocked from THE EXECUTIVE CIRCLE. Tune in Sundays in April at 6:00PM starting Sunday, April 12th, 2020. Episodes available on twitch.tv/themagnettheater or catch up on previous episodes via Twitch or The Executives Instagram TV @theexecscomedy.

Kornfeld & Andrews: Seasoned performers, longtime instructors, and all-around swell guys Rick Andrews and Louis Kornfeld combine their improv powers for a longform show that’s as honest as it is hilarious. With a patient, nuanced style, they create a textured world filled with characters that will make you laugh and move you all at the same time. It’s comedy. It’s theater. It’s a performance you won’t soon forget.

You can catch all the broadcasts via themagnettheater Twitch Channel. While all the streams will be free of charge, you can help support this independent comedy theatre organisation during the COVID-19 pandemic by signing up to their official website and purchasing a ticket to a virtual performance of your choosing.

Many Performing Arts organisation across the country have been experimenting with new digital formats to reach out to their audiences as COVID-19...
Read more
Films

HOTA: Home of the Arts to Start Opening Its Doors Back Up on Saturday

Following promising news that Arts Centre Melbourne would be opening up on a limited scale from 27 June yesterday, HOTA: Home of the Arts on the Gold Coast have confirmed activities will commence on a small-scale from this weekend.
Read more
The Theatre Sphere

While it is likely a many month long journey before major performing arts venues across Australia can begin holding major productions -...
Read more 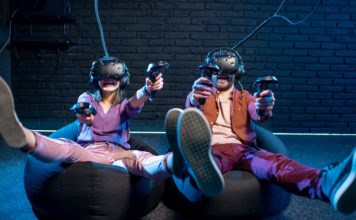 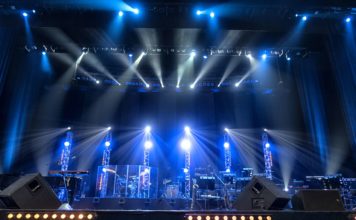 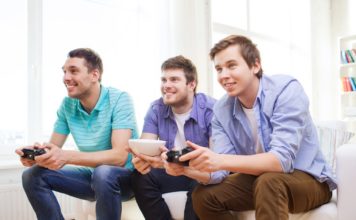 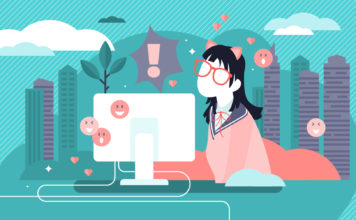 Five Classic Anime to Binge Watch on AnimeLab This Weekend 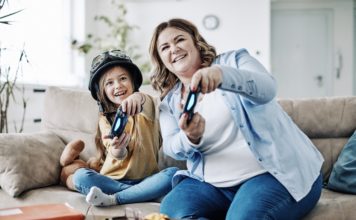 Six Video Games to Pass The Time Playing This Week