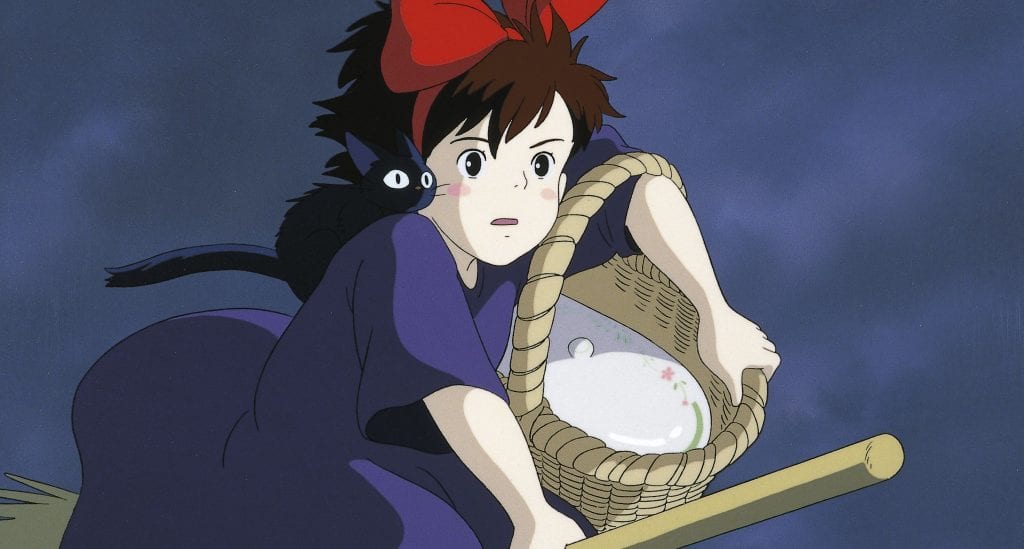 While there is currently no word on the missing “The Collected Works of Hayao Miyazaki” anthology which was supposed to be released in Australia next month, Madman Entertainment are promoting three brand new “Limited Edition” releases for three Studio Ghibli titles.

These three collections cover Kiki’s Delivery Service as a 25th Anniversary edition, Howl’s Moving Castle as a 10th Anniversary Edition and a standard Limited Edition release for The Wind Rises. Each collection comes with the respective film on DVD and Blu-ray, an artbook and art postcards. The Wind Rises and Kiki’s Deliver Service also comes with a Collectible Coin whilst Howl’s Moving Castle includes a Heen figurine. At an elevated price to the standard film release, these collections are set to hit JB Hi-Fi, Sanity and Gametraders shelves from December 10th 2014. None of these can seemingly be purchased via the Madman Online Store. 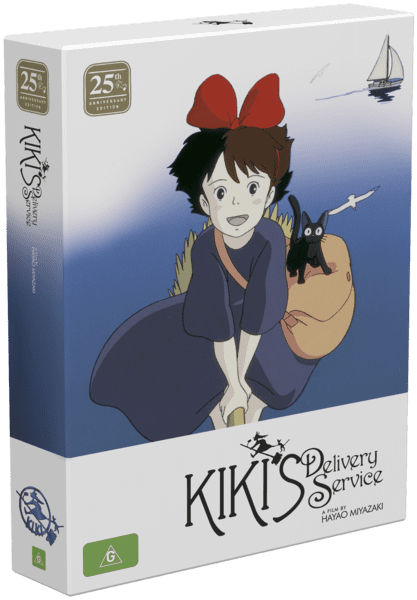 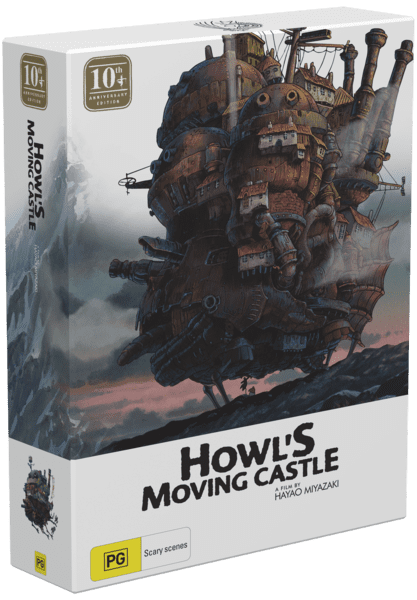 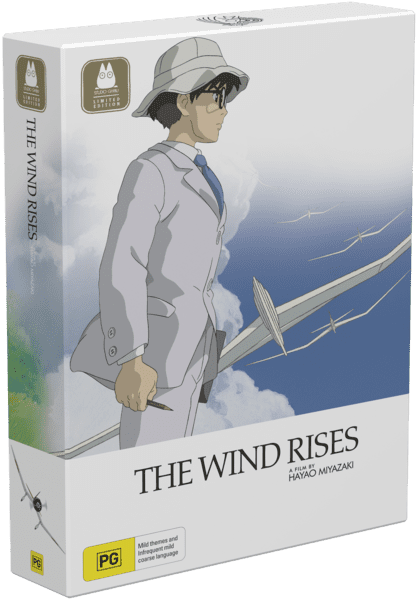 This 25th Anniversary Limited Edition features the DVD, Blu-Ray, the Art of Kiki’s Delivery Service, along with exclusive art cards and a collectable coin, in a beautiful artbox package.

Kiki is an enterprising young girl who must follow tradition to become a full-fledged witch. On her thirteenth birthday, venturing out with only her chatty black cat, Jiji, Kiki flies off for the adventure of a lifetime. Landing in a far-off city, she sets up a high-flying delivery service and begins a wonderful experience of independence and responsibility as she finds her place in the world.

This 10th Anniversary Limited Edition features the DVD, Blu-Ray, the Art of Howl’s Moving Castle, along with exclusive art cards and a collectable figure, in a beautiful artbox package.

After a chance meeting with the handsome but mysterious wizard, Howl, Sophie’s is turned into a 90-year old woman by the Witch of the Waste. Embarking on an adventure to lift the curse, she finds refuge in Howl’s magical moving castle.

This Limited Edition release features the DVD, Blu-Ray, the Art of The Wind Rises, The Kingdom of Dreams and Madness feature-documentary, along with exclusive art cards and a collectable coin, presented in a beautiful artbox package.

Jiro dreams of flying and designing beautiful airplanes, inspired by the famous Italian aeronautical designer Caproni. Nearsighted and unable to be a pilot, he becomes one of the world’s most accomplished airplane designers, experiencing key historical events in an epic tale of love, perseverance and the challenges of living and making choices in a turbulent world.

Bring home the film that has dazzled fans and critics around the globe. Bursting off the screen with spectacular picture and sound and featuring fascinating bonus material, Miyazaki’s final masterpiece, THE WIND RISES, is breathtaking.