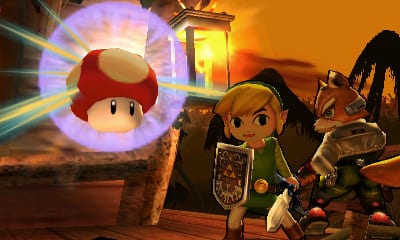 As part of the same group that encompasses Mario Party, Paper Mario and Mario Golf, every generation of gaming consoles since the N64 era has had a Super Smash Bros. instalment released for it. While other fighting games may enjoy a brief burst of popularity, interest in Super Smash Bros. has remained consistent since first being released in 1999, with active communities honing their skills and brawling against one another to this day. Therefore, Nintendo’s Super Smash Bros. for Nintendo 3DS / Wii U duo of games have found competition with not only releases from rival development teams, but the trio of games that Nintendo themselves have ingrained in the gaming community. While we still have a couple of months to go until the Wii U edition is available on store shelves… the Nintendo 3DS version is now out for judgement by fans.

While there are many logical reasons why Nintendo could have chosen to release both instalments separately rather than simultaneously, I could see it being because playing on a TV in traditional fighting game style is much more alluring than a small portable console screen. Ultimately this is a legitimate and justified concern when playing Super Smash Bros. for Nintendo 3DS, as the camera will occasionally reduce your characters to only a handful of pixels in height while zooming out to cover the entire stage. But this does little to take away from what is still a solid fighting experience that stands strong amongst its competition and earlier releases in its franchise. 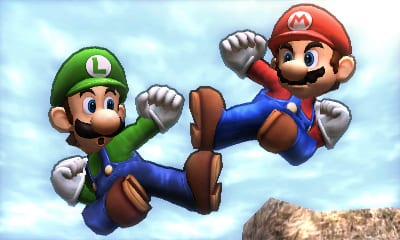 The core mechanics of Super Smash Bros. for Nintendo 3DS haven’t changed much since Brawl, or even the base game for that matter. Battles once again take place between two to four characters, controlled by either human players or the CPU. Each character takes control of a fighter from the long history of Nintendo and then battle it out on an equally inspired stage until one character or group is deemed the winner. Battles don’t involve HP bars, but rather damage percentages that determine how far a character can be knocked should they be hit – until they ultimately go flying off the screen and resurrected in a fiery blast. The winner is determined by either how many points they acquire from KO’ing characters / not getting knocked of themselves or if they can remain alive for the longest out of a limited number of lives (Stock). In most respects the game hasn’t changed at all – but can still hook you in for hours just through the battles alone.

From what has been announced so far, the roster of characters will be shared between Nintendo 3DS and Wii U editions of Super Smash Bros. – so don’t expect too much difference between what Nintendo have presented now and what will be available on the Wii U in two months time. The roster itself features an anthology of returning and new characters, while others who have been present in earlier games have bid farewell to the battlefield for now. Each character has a good assortment of different skills that make themselves distinct from one another, and unlike some other fighting games are fairly easy for newcomers to work with from the beginning without having to learn complex button commands to have any chance of winning in battles. The “Y” button to jump on the other hand still feels awkward to me. 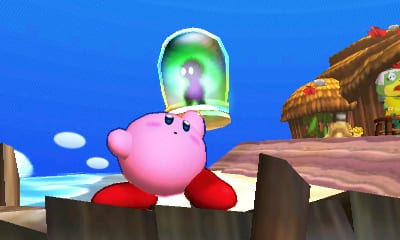 Some new faces include Rosalina & Luma who have been appearing in almost everything nowadays, Shulk from Xenoblade Chronicles and Pac-Man whose appearance should not be a surprise given Bandai Namco Games’ developmental role. As the Super Smash Bros. community have begun to point out, the game isn’t entirely balanced, with some characters being more beneficial in competitions than others. For the first time however, Super Smash Bros. also features support for customizable Mii characters which can fight as either a Brawler, Sword Fighter or Gunner – each with a different set of skills. Editing your Mii can grant you added versatility on the battlefield as you can equip three pieces of equipment to alter their Attack, Defense and Agility stats, add a set of power-ups and even edit their special skills which can be performed through a B + Directional button press. It is also possible to do the same for any character you have unlocked, meaning that battles may be quite different with a Bowser who can fly around the screen in a single jump or a Jigglypuff that can deal an extra dose of damage with each hit. Each of the characters already handle differently, but this holds the potential to make two of the same character unique as well.

Building upon the abilities of each character are the sheer number of items on offer this time around. More than 20 items are brand new to the game while many more fan favourites (or not) also make a comeback. To list just a few examples, the Spiny Shell from the Mario Kart makes its first appearance to seek out another player on the stage, Cuccos from The Legend of Zelda appear to make life hell for anyone who dares lay a blade on it and for the first time ever, it is now possible to be guaranteed a legendary Pokemon through a Master Ball.

Unlike characters, both Nintendo 3DS and Wii U versions of Super Smash Bros. don’t share the same stage roster, with this edition featuring stages predominantly based on portable console games from past years. There is a decent mixture of stages that remain fairly static and others that shake up battles with a random element that fighters have to take into consideration as well. There are also Ω forms of each stage which are essentially variants of the Final Destination stage, purposely built for competitive play, omitting any stage hazards which could turn the tide of battle. 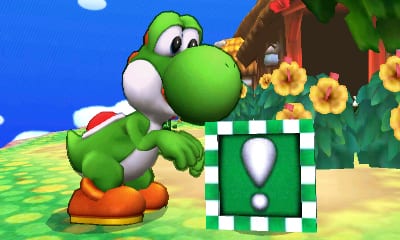 The main appeal to Super Smash Bros. for Nintendo 3DS would be the Online Functionality, and Nintendo have pretty much got that down pat without any hiccups. It is possible to play with either just friends or anyone in the world, with the option of also taking part in a “Character Conquest” event or simply spectating other players as they themselves battle it out. Playing with others around the world is split up into two modes – “For Fun” which provides you with access to every stage / item except Final Destination but without wins/losses recorded and For Glory which limits you to Ω form stages with wins/losses being recorded. It is clear that Nintendo have tried to appease competitive gamers who have banned a number of their stages in the past due to external variables. Online multiplayer is essentially “Smash” mode with players from around the world…. and it works very well.

For those who enjoy playing by themselves, Nintendo have not abandoned you in the slightest. In addition to the traditional “Smash” mode which allows you and up to three other CPU / Friends to play traditional battles with factors determined by yourself, a number of other modes have been included which will see you unlocking trophies, equipment, powers and other items for Mii’s and other characters. One of my personal favourites is “Smash Run” mode, which places you in a large open map with five minutes to collect as many power-ups and items from randomly generated enemies, chests and hidden rooms. After the five minutes are up, all four competitors go head to head in a particular fight – whether it is a team battle or a “Climb the Tower” battle. Not only is Smash Run a fantastic way to earn goodies, but it always provided ample challenge and a different experience each time you start it up. 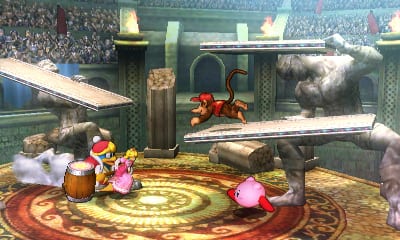 Under the header “Games & More”, it is possible to take part in a new twist on “Classic” mode, where you spend coins to increase the stages’ difficulty multiplier by up to 10x and then choose your path of battles until the final battle with Master Hand or a derivative thereof. There is also a fairly underwhelming “All-Star” mode where your character, equipped with a single life, is left to battle all other unlocked characters in the order they first appeared on gaming consoles. Also present is a handful of traditional “Stadium” challenges which have been reprised from past games.

As with all other Super Smash Bros. games, this edition comes with a plethora of trophies to unlock via gameplay, the shop which provides six different trophies to buy daily and Trophy Rush. Trophy Rush involves you essentially gambling up to 900G for 2:30 minutes in a stadium to break boxes / other hazards and eventually earn yourself a handful of trophies. 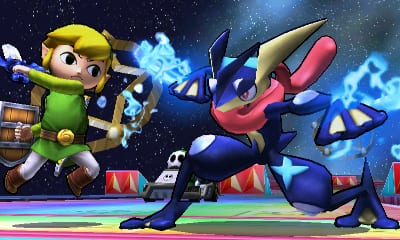 Despite being a well designed game with some great character and stage designs, the Nintendo 3DS screen isn’t always effective at properly handling them. If you are at one side of the screen while another player or CPU character is at the other, the camera will be zoomed out to the point where it can be difficult to quickly identify or even know who your character is. Unfortunately this was coupled with the Nintendo 3DS console quickly becoming uncomfortable in my hands, and hardly an adequate replacement for either Gamecube Controller or even Wiimote. But to be honest, even with these issues, it is still hard not to love battling on a stage while a remix of a classic Nintendo franchise song is blaring through the speakers.

Despite a handful of flaws that will hopefully not be present when Super Smash Bros. for Wii U launches in early-December 2014, Super Smash Bros. for Nintendo 3DS does its franchise proud as another competently developed crossover fighting game. In catering towards both casual and more competitive gamers, Sora Ltd and Bandai Namco have set the foundations for many more years of popularity for the franchise. 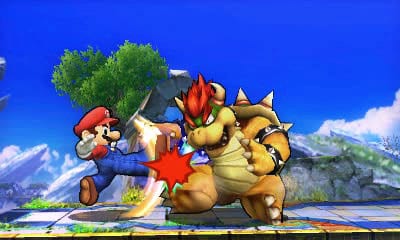