When entering the lobby of the Queensland Performing Arts Centre’s Cremorne Theatre, you are greeted with a sign saying “Welcome to Boogie Wonderland”. The promotion of a “Boogie Wonderland” has been consistent when promoting the Brisbane run of Velvet, but since purchasing my tickets many months ago I have been left wondering just how well they would encapsulate this theme with both the stage and show. These claims were accurate in my opinion – and simply entering the theatre prior to the show starting left me pumped about what I would witness and see over the coming hour and twenty minutes. While it does come in at about half the length of many other shows performed at QPAC, its shorter runtime still sees viewers experience a bevy of songs, presented in cabaret disco circus style, performed by some really strong talent.

Velvet is inspired by Studio 54, a famous nightclub from decades past. As a child of the 90s I am not that familiar with the club, however going from the show program it was famous for “wild parties” and “hedonism”. It was also a place of acceptance for those who managed to walk through its halls. There was clearly a small story being told in snippets during Velvet, as we watch a man (Portrayed by Brendan Maclean) find himself drawn into the world and personalities residing in the club. But that being said, the storyline is fragmented and not continuously present, as Velvet is first and foremost a cabaret show which offers viewers a mix of disco, dance, burlesque and circus arts.

Let’s get the obvious out of the way first… the legendary Australian diva Marcia Hines was brilliant in this show. Not only does she offer a powerful voice for the songs being presented, but each song she performed offered a lot of flair. She clearly left an impression on some members of the audience, as during the session I attended, there were cries for an encore from her post-show. Filling the other lead spot is Brendan Maclean, who with experience as a singer/songwriter, also managed to perform some fantastic numbers. Far from the disco-themed songs, his most memorable performance was of a softer rendition of Stayin’ Alive. This duo was complemented on-stage by Rechelle Mansour and Chaska Halliday, two other vocalists who worked both separately and alongside Hines in many of the vocal songs. From my perspective they had the longest on-stage presence, and fulfilled their roles well.

Over the past few years I have seen some fantastic circus arts work from shows including La Soiree and Cirque Adrenaline. These shows offered a longer runtime than Velvet, and were exclusively about circus arts. Therefore, I would say that these would be better options in my opinion than Velvet if you want to see some dazzling routines. But what the performers in Velvet do offer is flair, and whether it is Mirko Köckenberger climbing atop increasingly unsturdy looking suitcases, Stephen Williams showcasing his strength, Emma Goh flying metres about the stage or Craig Reid working with an increasing number of hula hoops – they performed with charisma and style which kept the audience cheering. I don’t think Velvet would have been nearly as enjoyable without these performers – as they helped break up the more typical singing numbers.

“Mix Master” Joe Accaria however was in my opinion the highlight of the night, even though he spends most of his time up in a booth looking down over the stage. Fulfilling the role of a DJ, he had a continuous presence throughout the night. At times he was providing backing vocals, and on other occasions he was adding extra depth to a song with an instrument. But he was consistently giving an impression that he was really getting into the experience – and on multiple occasions I found my attention shifting from the stage to watch him.

As mentioned above, Velvet doesn’t come with a complete new set of songs, but offers a range of songs many would be familiar with. While my favourite would easily have to be Maclean’s rendition of Stayin’ Alive, there are many songs which matched the disco/boogie theme of the show perfectly. Some of these songs included Boogie Wonderland, Le Freak, Shake Your Groove Thing 12, It’s Raining Men, Last Dance, You Medley (Consisting of ‘Thinking of You’, ‘You and Me Are Everything’, and ‘You’) and more. You can see a small snippet of the cast performing ‘Last Dance’ in the video below. With the rapid song changes and little time wasted, they offer a sizable assortment of songs for its runtime – with the cast performing them consistently well.

While the music and cast were both great… I don’t think the night would have been anywhere near as enjoyable without the set and lighting choices made. Set & Costume designer James Browne and Lighting Director Matthew Marshall both deserve commendation for their significant contribution to the Velvet experience. The set made the theatre look and feel like a disco-inspired nightclub, while each song offered a colourful assortment of lighting techniques – whether it was patterns on the lights behind the cast or reflections on the many disco balls surrounding the stage.

When purchasing tickets for Velvet, you will have a variety of seating options to choose from. This is because seats are not only available in the stalls and balcony, but also to the left and right of the catwalk which protrudes from the stage. I sat to the left of the catwalk in the front row, and personally liked being only a metre or two away from the cast. However I did have an obscured view of some actions performed to the front of the catwalk. Likewise for those who might be a little bit shorter, there is no gradual elevation of the seats to the side (at least, that was noticeable to me), meaning you might risk an obscured view should someone tall sit infront of you. For those who might not want to have to keep moving their neck around and want to maintain a good view of everything taking place on-stage, I found the middle-stalls to offer a good viewpoint during a media call I attended on Thursday. Of course, since tickets have been on sale for a while now, seating will depend on what is still available.

Velvet offers a night of music-induced euphoria, presenting a great assortment of songs which was complemented by a strong cast, mesmerising lighting choices and good stage design. Opting to go with the fusion of cabaret, disco and circus arts was a great choice – and would in my opinion be a solid pick for anyone looking for a night out with friends, significant other or even just by yourself.

Tickets to see Velvet are currently on sale for $59 – $79, with pricing dependent on session and seating preference. Seats are still available, and can be purchased via the QPAC website or box office.

Review of Velvet
The Quick Brief
Velvet offers a night of music-induced euphoria, presenting a great assortment of songs which was complemented by a strong cast, mesmerising lighting choices and good stage design. Opting to go with the fusion of cabaret, disco and circus arts was a great choice - and would in my opinion be a solid pick for anyone looking for a night out with friends, significant other or even just by yourself.
Storyline / Character Development
Performance
Stage
Music
Props / Costuming
Personal Opinion
4.2
Final Score
Share
Facebook
Twitter
ReddIt
WhatsApp
Pinterest
Telegram
Previous articleThe Sound of Music to Conclude at QPAC in One Week
Next articleMirror’s Edge Catalyst Delayed Until Early June

Cast Announced for Gold Coast Season of Priscilla: Queen of the Desert

Do You Hear the People Sing? Alain Boublil and Claude-Michel Schönberg Travelling to Australia This September 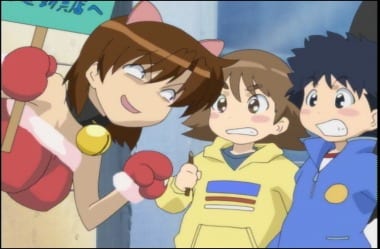 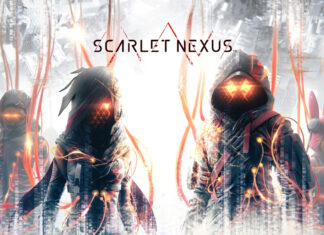 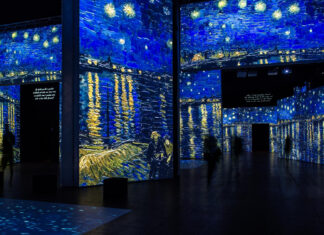 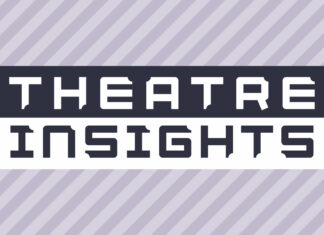