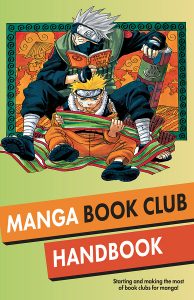 In an announcement made by VIZ Media and Comic Book Legal Defense Fund (CBLDF), it has been announced that the manga publisher has joined the CBLDF as a corporate member. In making this announcement, the companies have announced they are co-releasing the ‘Manga Book Club Handbook’, a resource designed to help libraries and retailers unite their patrons and wider communities over manga. Digital copies of this book will be available to the public both digitally online and at CBLDF Booth #1918 at San Diego Comic-Con.

For those unaware of the organisation, the Comic Book Legal Defense Fund provides legal and educational resources which seek to protect the freedom to read comics. The organisation is a partner in Banned Books Week, the Kids’ Right to Red Project, Free Comic Book Day and other national institutions which support intellectual freedom and literacy. Their work extends from courtrooms to classrooms, and defends the freedom to read by providing letters of support in book challenges, challenging unconstitutional legislation and delivering lectures and programs about current and historical censorship to audiences across the world. Viz Media is just one of a number of corporate members of CBLDF.

We are proud to support Comic Book Legal Defense Fund by becoming a corporate member. Their proactive initiatives to inform and educate the public about manga, and their efforts as an advocate for readers, educators, and retailers of all types make them a vital organization. We are proud to contribute to their work!

VIZ Media changed the face of pop culture in the United States with its robust efforts to bring a broad range of manga and anime material to our shores. Their support of CBLDF bolsters our efforts to advance appreciation and understanding of comics of all kinds, and enables us to be more proactive in our efforts protecting the freedom to read! We are grateful to have them among our ranks as a corporate member!”