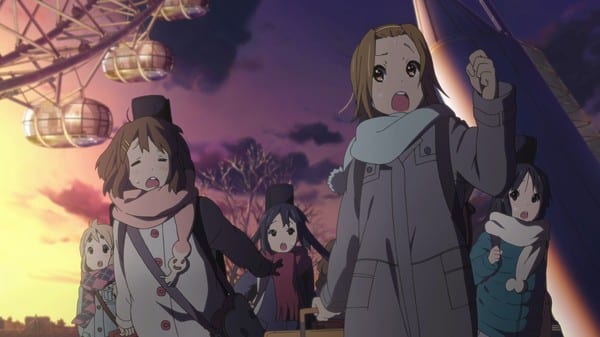 After a relatively small July 2013 release slate for anime, Madman Entertainment have packed quite a few new and promising titles for August. As we are now in the month of June and pre-orders open two months beforehand, there are now brand new titles available to pre-order via the official Madman Entertainment website, and assumingly through other retailers of anime shortly.

Curious as to what you might be able to pick up when everything gets sent out on the 21st August 2013? Gaze your eyes below to find out!

Appleseed Xiii Series Collection
DVD / Blu-ray | $59.95 / $64.95 | Hybrid Dub | 300 Minutes
In the wake of destruction from a worldwide non-nuclear war, the city of Olympus has become the control center of the world. As humanity adopts biological enhancements in attempts to achieve perfection, a terrorist organization uprises to prevent what could be the eventual extinction of the human race. Two former LAPD SWAT members join a special mech-piloting, military force to take down the leader of the terrorist organization.

Cowboy Bebop Remastered Sessions Collection (Episodes 1-13)
Blu-ray | $39.95 | Hybrid Dub | 325 Minutes
The modern anime classic that defines cool. Be immersed once again with Spike, Jet and the rest of the crew of the Bebop; the unusually intelligent dog, Ein, computer wunderkind, Ed and the voluptuous, vexing femme fatale, Faye Valentine. They travel around the galaxy in search of wanted criminals one bounty at a time!

Heroic Age Complete Collection
DVD | $59.95 | Hybrid Dub | 650 Minutes
Long ago, the advanced Tribe of Gold vanished from the vast universe. In the void left by their departure, the tyrannical Tribe of Silver ascended to rule, forcing mankind – the Iron Tribe – to the brink of extinction. Now humanity wanders the cosmos in search of a savior. Prophesy has foretold of one who will labor for their freedoms, and on a planet of ruin, a champion is found. A feral boy named Age holds the destiny of their species in his hands and the untold power of the Tribe of Hero within.

K-On! The Movie
DVD / Blu-ray | $29.95 / $34.95 | Hybrid Dub | 110 Minutes
Graduation time is finally here, but the girls of the Sakuragaoka Girl’s High Light Music Club aren’t going to let the end of high school be the end of all they’ve built together. First though, they have to keep a promise to take a trip together, and like everything else they do, they’re not doing it halfway. So it’s time to hop on the bus – the double-decker bus that is – and go around the world as the band heads for the birthplace of the British Invasion: the United Kingdom!

On the way they’re going to have to solve that one last big puzzle that’s been vexing them: what to get for their underclassman rhythm guitarist Azusa, who will be taking over the club once they don their caps and gowns and leave Sakuragaoka for the last time. Get ready for a Magical Musical Tour as the whole gang takes in the sights and sounds of London and prepares for one last amazing encore! 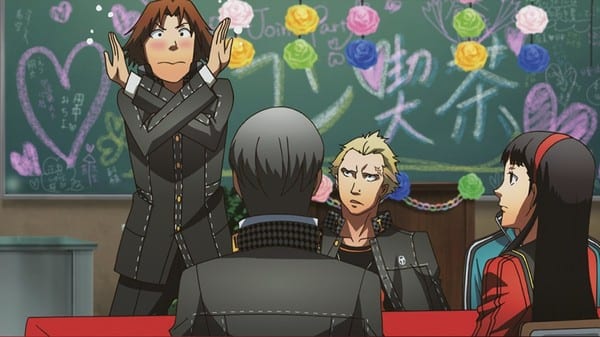 One Piece (Uncut) Collection 21 (S4 Episodes 253 – 263)
DVD | $49.95 | Hybrid Dub | 320 Minutes
Nami, despite her desperate dash, arrives at the station too late to stop the Sea Train, but she’s relieved to learn that Sanji has stowed away on board the vessel and will stop at nothing to rescue Robin! With the storm of all storms bearing down upon them, Nami and Chopper risk their lives to save Luffy and Zoro from the rapidly rising waters. Back aboard the train, Sanji is aided in his battle against the CP9 goons by the arrival of the mysterious Soge King, a wandering warrior from the Island of Snipers!

As the scattered Straw Hats fight to reunite, fate draws them ever nearer the foreboding fortress of Enies Lobby. Will our heroes live to face the hour of reckoning?!

The mystery of the murders seems to have been solved, but the riddle of the Velvet Room and the lethal Midnight Channel is an enigma that Yu and the other students who form the Investigation Team have yet to crack. That’s to say nothing of the question of how their powers of Persona work in the first place, and how the fictional Teddie can exist in the real world. As conundrums wrap in conundrums and the school year burns inexorably towards a blistering summer, the team must prepare for the most deadly challenge yet while still pretending to lead normal high school lives.

When Detective Shirogane reenters the game with new information about irregularities in the police investigation and clues that may lead to an entirely different conclusion, both team and detective find themselves playing the role of prey once more! The body count is on the rise, the Shadows attack and new Persona are about to ascend as the Midnight Channel launches the ultimate cancellation

Star Driver Series Collection
DVD | $59.95 | Japanese Dub | 650 Minutes
Upon enrolling at Southern Cross Island High School, Takuto and his friends become embroiled in a conflict with a clandestine society to control giant machines, called Cybodies, sealed under the island whose powers are bound by special shrine maidens. What secrets will Takuto dig up, and how will he deal with the obstacles that lie ahead of him? This struggle will threaten to tear apart the entire island!