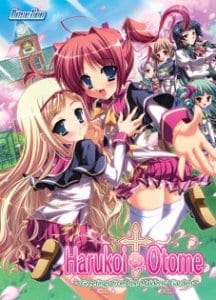 MangaGamer, an international publisher of English localized visual novels have today confirmed that their long awaited release of Harukoi Otome ~Greetings from the Maidens’ Garden~ is now available for purchase via their official online store.

Originally developed by BaseSon (Of Koihime † Musou acclaim), Harukoi Otome is a romance / comedy visual novel which has been developed for the adult market, meaning there are eroge scenes dispersed throughout the experience. As with most English localized visual novels, mosaics / censoring have been removed from these scenes.

Available via digital download only at this time, Harukoi Otome ~Greetings from the Maidens’ Garden~ is available for the Windows PC platform (Windows 2000 – 8 supported) at the price of $49.95.

During my third school semester, the school I was going to suddenly went bankrupt. Was it due to a lack of new students or corrupt management? I don’t really know the fine details. I couldn’t help but wonder, of course, since this was a pretty big problem for my future. In April, during the first semester of my second year, I ended up attending a certain famous school.

At first I thought it was some kind of bad joke, like something out of a manga, ending up at a school for distinguished young ladies like that. An all-girls school. Not that it’d be an all-girls school anymore once I started there, but still. And on top of there being mostly girls there, I could also feel the pressure of having to live on my own at the school dorms. I was kind of looking forward to a peaceful spring, but I guess I’ll have to get the boring details worked out first.

I’ll surely get to hang out with a lot of interesting people, such as my sister who’s also going to that school, a female classmate who likes girls, a mysterious girl in the class below mine, a calm sempai, a spontaneous childhood friends and perhaps even the number one super Onee-sama in the school! I really wonder how this fresh start is going to end up for me… Either way, I really looked forward to it as I passed through the gate…

…The gate to St. Francesca Academy. 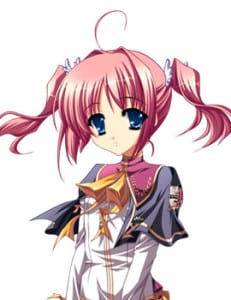 Just like her older brother, she’ll be attending the St. Francesca academy starting this spring.

Unlike her brother, she’s very serious when it comes to studies and lifestyle choices, but the two of them still get along great when going shopping and stuff like that.

Used to be sensitive and obedient when she was younger, but is starting to get more complex now that she’s older. She’s quite girlish, but she also has a strange love for B-grade horror flicks. 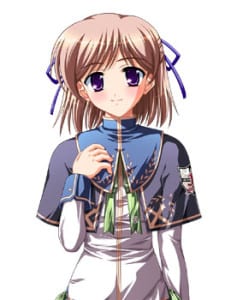 Childhood friend of Akihito and Umi, she also went to the same junior high and high school as they did.

A spontaneous and easy-going girl, cheerful all year round and liked by everyone. Not very good at sports, but excellent at studying. From a rather rich family, but still likes to challenge herself and find new types of cooking to experiment with.

She was Akihito’s first love, but his confession ended in disaster, and they ended up just staying friends instead. When Akihito meets her again, she’s just the same as back then, and he still has no idea if she knows how he felt for her. 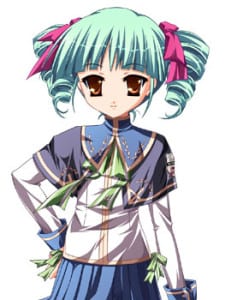 She sits next to Akihito in class, and their relationship starts out as that of two friends who both think highly of themselves. She’s got a bright personality and she’s very energetic, plus she’s a member of the swimming club.

There are even times when she says mean things to Akihito or makes fun of him on purpose. She’s from a hardworking family, and she does her best every day to improve her cooking and candy making skills. 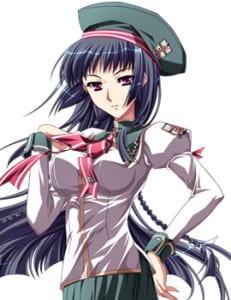 Going unnoticed by no one at St. Francesca Academy, Fuyurugi is the sempai everyone looks up to. She uses an archaic style of speech, and carries herself in a cool and gracious way.

Due to her strict personality, she can sometimes be too serious about things, but she sometimes has trouble handling her finances.

The head of the kendo club, she’s pretty much at a genius level when it comes to kendo and hasn’t lost a single match for several years. 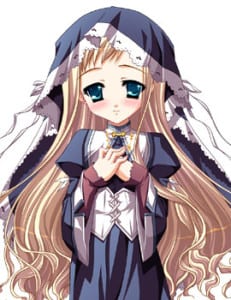 With skin so pale as to be pure white, bright blond hair, and blue eyes, Sonya is a girl with a mysterious atmosphere about her.

She is docile, serious, kind and polite in both manners and speech. One could say she’s a bit like an angel.

She doesn’t talk much about herself, however, and may seem a bit introverted. In particular, she avoids talking about her upbringing. She’s good at listening to other people, though, and never complains about it.

Not one to usually look anyone in the eye, possibly because she never really got into any kind of group of people. Perhaps that is why she hasn’t had many friends up until now.

She is also a nun in training, and thus spends a lot of time cleaning at the local church. 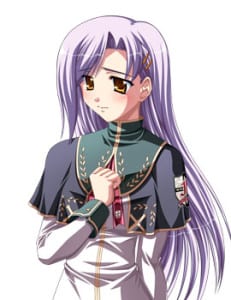 A calm and gentle third-year student. She’s a family-oriented girl who loves reading and cooking. She meets Akihito when he finds an abandoned puppy.

Ayaka often reads books in the courtyard, and smiles when Akihito comes to talk to her.

She’s supposedly a member of the art club, but she usually doesn’t attend the club’s activities.

Akihito is charmed by her kindness when she brings him a homemade bento. However, even Akihito gets perplexed when she gets overly sensitive about family matters and paintings.