Granted there has been a few last-minute delays, which I am sure threw at least a few delicately planned gaming schedules out of whack at this time of year. But in 20 days we will all be able to sit in front of the console of our choosing and begin being immersed in CD Projekt RED’s latest open-world action-adventure game – Cyberpunk 2077. If that wait has been tearing at you for a while now and you need just a little bit more content to tide you across this final stretch, the latest episode of the Cyberpunk 2077: Night City Wire livestream has you covered!

Airing today, this episode features a total of three featurettes focusing on: the main character portrayed by the iconic actor Keanu Reeves, the work the team put into delivering high-quality facial expressions and lip-syncing in 11 different languages via the JALI system, and the Cyberpunk 2077 score. Shown at the end of the stream was also the official Cyberpunk 2077 gameplay trailer, offering an extended five-minute glance at the experiences players should expect come 10 December 2020.

You can watch the full Night City Wire episode at the top of this page, or by scrolling down to watch the trailer and each featurette in the order they were broadcast.

Unveiled at the beginning of the episode, the ‘Johnny Silverhand’ featurette focuses on the lead character, portrayed by iconic actor Keanu Reeves. It focuses on the unique connection he shares with the game’s playable protagonist – V. Oh, and there is plenty of action to go alongside this!

Bringing together the likes of Marcin Przybylowicz (The Witcher 3: Wild Hunt), P.T. Adamczyk (GWENT: The Witcher Card Game), Paul Leonard-Morgan (Battlefield: Hardline) along with a number of other collaborating musicians, hear how they have crafted an atmospheric, original soundtrack for Cyberpunk 2077.

JALI is the technology used by the team at CD Projekt RED to power facial expressions and lip sync for characters in the game. Of particular highlight, is how the system is used to provide a level of authenticity to facial movements when the game is being localised into eleven languages.

Capping off the stream is the Official Gameplay Trailer, offering over five minutes of content from Cyberpunk 2077 you can expect to begin working through next month. 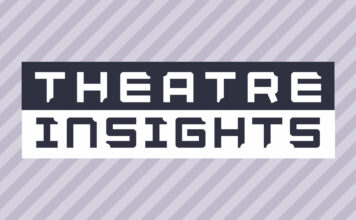 Theatre Insights #1 – Who is Responsible for Bringing a Show to the Stage?