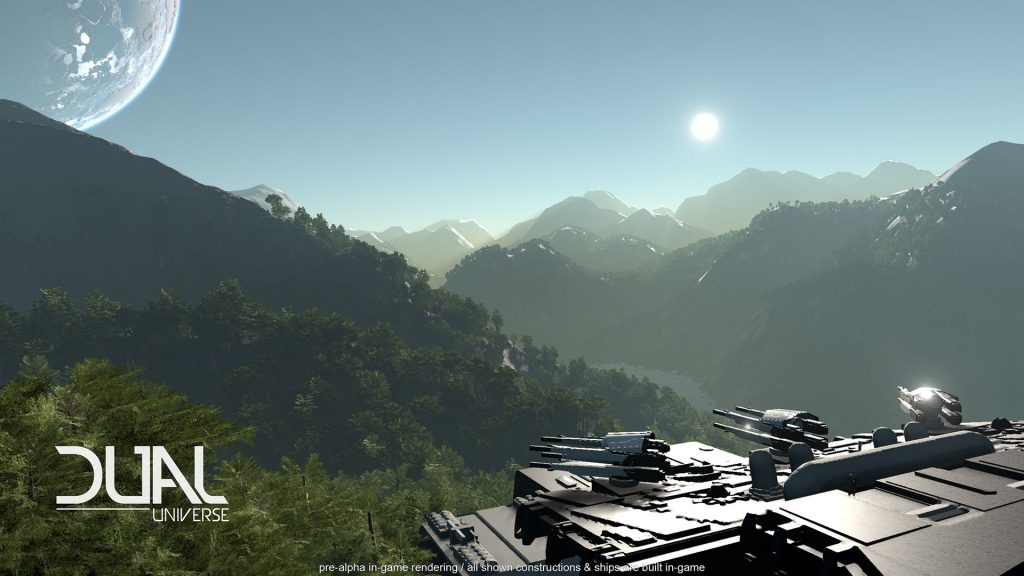 Having passed the half way point for their crowdfunding campaign for the “Single-Shared sandbox MMORPG” Dual Universe, the Paris-based game development studio Novaquark have released a new video for the game.

Coming in at three minutes in length, this video seeks to provide a look at the game’s Voxel Technology, and how it is being used in a pre-alpha version of the game. The video features commentary from creator Jean-Christophe Baillie. Viewers are given an introduction in how they plan for this technology to serve as a key foundation for the game.

According to Novaquark, there are three core elements of Dual Universe’s Voxel integration. These are: “the technology that will allow players to sculpt structures of any shape they like, the fact that these structures will be unbounded in size, and that all this will take place within the context of a single-shard MMO, which means that all creations are visible to all other players.”

Crowdfunding continues for Dual Universe, with the game having received €370,289 pledged of a total €500,000 goal. With 15 days remaining in the campaign, there is a good possibility in my mind that they will be able to achieve their target. You can read more via the game’s Kickstarter page.

Our vision for Dual Universe is to give a maximum amount of freedom for players to create anything they want in the game, using our new Voxel Technology and builder gameplay mechanics. The new video truly takes viewers on a journey into the world we are building with the game and provides a must-see snapshot of the making behind the universe they will soon be able to explore.