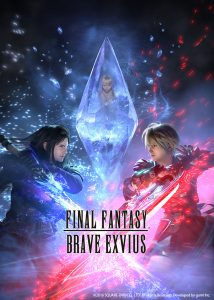 While this is a smartphone game I haven’t played due to the permissions it asks for, and is likely overshadowed in download numbers by the recently released Pokemon Go, Square Enix’s recently released Final Fantasy Brave Exvius is proving to be quite successful. Providing some simple statistics, the company have confirmed the title has received 5 million downloads worldwide (outside of Japan’s 6.5 million players) within 30 days following its launch.

To mark this occasion and thank fans for their support, players who log into Final Fantasy Brave Exvius from July 26th 2016 at 12.00am Pacific to July 30th 2016 at 11.59pm Pacific will receive five rare summon tickets and 50 metal minitaurs.

Final Fantasy Brave Exvius is now available to download on the Android Google Play Store and iOS App Store for free. While free to download, the game is supported by in-app purchases.

Facebook
Twitter
ReddIt
WhatsApp
Pinterest
Telegram
Previous article
May Your Journey to the Phantom Isle Begin, Phantom Brave Launches on PC
Next article
Defeat the Final Boss, Save The World – The Longest Five Minutes to Launch in North America and Europe in 2017