After guiding players on three intriguing, story-rich adventures over the years, developer Naughty Dog and publisher Sony Interactive Entertainment haven’t hidden the fact that Uncharted 4: A Thief’s End is set to be the final adventure of Nathan Drake. What they have presented in response is a conclusion which wraps up the lives of the lead characters nicely (Although leaves a little wriggle room should they decide to continue developing Uncharted) and shines as a standalone experience. But it also works well with the foundations past instalments have provided, whilst also paying homage to them.

Uncharted 4: A Thief’s End takes place several years after the adventures of Uncharted 3: Drake’s Deception. During this time, Nathan has opted to retire from the life of treasure hunting, instead settling down for a peaceful life with Elena. While content with his simpler life as a salvager, the appearance of his brother, Sam, causes him to re-enter the game. Sam is a new character whom has never appeared in past games, but has had a profound impact on Nathan’s life. Fifteen years prior to the events of Uncharted 4, the brothers were working on a case to track down the bounty of renown pirate Henry Avery from the 1600s. A botched operation at a prison in Panema led Nathan to barely escape, and Sam assumed to be shot dead. Turns out that Sam had been kept in captivity all these years, and managed to escape with the assistance of a local drug lord who is aware of their quest for Avery’s treasure. In return for his rescue, Sam and Nathan must track down this treasure, in any way possible.

Like previous games, Uncharted 4: A Thief’s End is a linear experience with only one outcome. There are no open world maps to explore, with no side-quests or anything else aside from optional intractable items and collectible artefacts which you could miss. Like many games this is by no means a negative, and means you will receive all the development and events without worrying that you missed completing some arbitrary task several chapters earlier. All this being said, the storyline in this game is very well written, and is just as good if not better than its predecessors.

It does take some time to get into the swing of things, and the first few chapters may come across as slow and a little dull as all the pieces leading to the core events of Uncharted 4 fall into place. But the story progresses, it delivers consistently strong character development, a decent pace with a continual stream of events, and a good number of confrontations/conflicts each chapter. While there is the action and level of intensity which fans would have come to expect from an Uncharted game, there is also some good emotional weight added to this tale.

Everything mentioned above, in addition to just how they opted to end the series, ultimately resulted in an experience which was both memorable and felt worthy of bringing this successful franchise to a close.

Given their work on previous games, it should come as no surprise that Naughty Dog have provided an aesthetically pleasing experience with Uncharted 4: A Thief’s End. Offering some of the more diverse locations out of any Uncharted game from my perspective, players will spend one chapter running through the halls of a Church-run orphanage, another sneaking their way around an Italian Villa, followed by some time within the ruins of a crumbling cathedral in Scotland. Each of these examples provided a distinct design approach, and meant several chapters stood out just as much for their design as their story. While there is only generally one right path to follow, each area you visit tends to have a greater sense of scale, and provides the perspective that you are travelling through a part of a much wider area.

With models crafted from motion capture, the character designs and animation were both top-notch. These were used well in animated cutscenes, which gave an impression that you were watching a high-quality animated film or even a live-action film at some points. The standard was also high when taking direct control of Nathan, aside from the odd visual quirk when trying to reach a platform he is unable to grab onto due to being on a wrong angle or something like that. Although there were no noticeable slowdowns during my playthrough, I did occasionally experience visual glitches and bugs. One such example was in the aforementioned Italian Villa level, where a cart Nathan was supposed to move suddenly turned sideways after I loaded a save state. While it was still possible to interact with the cart, the character animations went haywire. Asides from a couple of minor issues, it was hard to fault the design teams work.

Members of the core Uncharted voice cast all opted to reprise their roles in Uncharted 4: A Thief’s End. Delivering strong performances once again, it was great to see that Nolan North (Nathan Drake), Emile Rose (Elena Fisher) and Richard McGonagle (Victor Sullivan) all continued to provide their talents for the entire Uncharted series. These veterans were joined by some equally talented newcomers to the franchise including Troy Baker (Sam Drake), Warren Kole (Rafe Adler) and Laura Bailey (Nadine Ross).

Many of the core gameplay mechanics of past Uncharted games make an appearance in Uncharted 4: A Thief’s End, albeit with some improvements.

One concept which hasn’t changed is for that a lot of the game, players must navigate varying forms of terrain by scaling walls. This is in addition to occasionally solving both simple and fairly complex puzzles to unlock the path ahead. The main inclusion in this game is the introduction of a grappling hook to swing across gaps, which combined with other hazards such as unstable rocky surfaces and steep drops, can leave you needing to think quickly when tackling some of the more unstable surfaces. In terms of puzzle solving and navigating terrain, there wasn’t anything particularly challenging about it, but I had no qualms with this given these scenes were where quite a lot story takes place.

Third-person shooter gameplay also makes a reappearance, with many occasions necessitating Nathan and co. arm themselves and take down their adversaries. Stealth systems have also been greatly enhanced, and it is possible to progress through areas by silently taking out enemies rather than kill them guns blazing. With more opportunities to hide in thick grass and break the line-of-sight with enemies, it can sometimes be more satisfying keeping foes off your back rather than entering a gunfight. That being said, for those who prefer third-person shooting levels, there are a decent range of weapons and other items (Such as dynamite) at your disposal. Multiple difficulty settings are also available, and there is an auto-lock system available to those who want to progress through the game yet aren’t that confident in their ability to target enemies. Irrespective of which route you decide to go in a battle, the AI of your companions adapts well, and from my experience didn’t jeopardize my attempts to stealthily attack those who stood in my way, nor struggle to fend them off should the more direct approach be taken.

Naughty Dog have added a few nice additions to what is a fairly familiar experience. For example, while the puzzles provided during the game were fairly simplistic, it was nice to have a realistic opportunity to sneak around battle zones rather than simply go in guns blazing. Doing this was a puzzle in itself. On the other hand, despite improvements to the construction of game environments, there are occasions where you can feel like you have been climbing for a little too long with nothing else to do. This could be a more prominent issue if you only recently finished Uncharted: The Nathan Drake Collection (Containing the first three games), released only a few months back.

Given that Uncharted has always been a well-received franchise for Naughty Dog and Sony Interactive Entertainment, it surprises me that they have opted to conclude the story of Nathan Drake rather than keeping the series open-ended. But I admire them for deciding to go down this route, and ending this journey the way they did. While it was bitter-sweet saying farewell to characters I have enjoyed watching this past decade, it was great for the development team to wrap things up with strong storytelling, remarkable visuals and some more great gaming experiences. This may be the thief’s end, but lets hope Naughty Dog continue to impress with their other IP’s on the PlayStation 4!

This review was conducted on a disc copy of Uncharted 4: A Thief’s End on the PlayStation 4. A review copy was provided by Sony Interactive Entertainment Australia for the purpose of this article.

The Quick Brief
Given that Uncharted has always been a well-received franchise for Naughty Dog and Sony Interactive Entertainment, it surprises me that they have opted to conclude the story of Nathan Drake rather than keeping the series open-ended. But I admire them for deciding to go down this route, and ending this journey the way they did. While it was bitter-sweet saying farewell to characters I have enjoyed watching this past decade, it was great for the development team to wrap things up with strong storytelling, remarkable visuals and some more great gaming experiences. This may be the thief's end, but lets hope Naughty Dog continue to impress with their other IP's on the PlayStation 4!
Storyline / Character Development
9
Design
9.5
Music / Voice Acting
9
Gameplay
7
Replayability
6
8.1
out of 10
Share
Facebook
Twitter
ReddIt
WhatsApp
Pinterest
Telegram
Previous articleSekai Project Are Bringing Yuri Visual Novel ‘Love, Guitars, and the Nashville Skyline to the West
Next articleNew Sneak Peek Provided for Kingsglaive: Final Fantasy XV 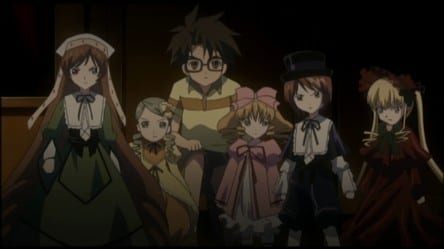 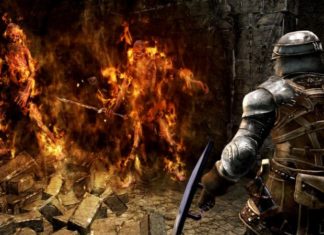 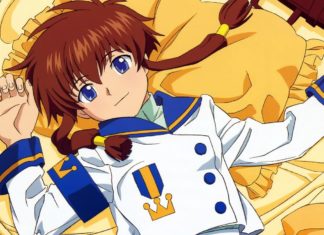 Angelic Layer Review – An Impromptu Anime’s From The Past Review...