While they have previously shared a trailer for the film, which can be found below, the companies have also shared a range of new assets including character portraits/bios and still screenshots. You can find your new sneak peek at the film, below:

The magical kingdom of Lucis is home to the hallowed Crystal, but the menacing empire of Niflheim will stop at nothing to make it theirs. War has raged between the two for as long as most can remember.

King Regis of Lucis commands an elite force of soldiers dubbed the Kingsglaive. Wielding their king’s magic, Nyx Ulric and his fellow glaives stand before the crown city of Insomnia, fighting to stay the inexorable advance of Niflheim’s imperial army.

Before the overwhelming military might of the empire, King Regis can only salvage his kingdom by accepting anultimatum—he must cede all lands outside the crown city, and see his son, Prince Noctis, wed to Lady Lunafreya, the former princess of Tenebrae now captive of Niflheim.

As the war of wills rages, the machinations of Niflheim transform Insomnia into an awe-inspiring battleground, pulling Nyx into a struggle for the very survival of the kingdom. 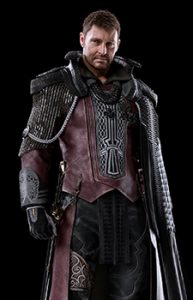 As captain of the Kingsglaive, Drautos holds his soldiers to the same unforgiving high standards to which he holds himself, and his respect can only be earned with blood, sweat, and tears. Drautos trained Nyx in the art of combat. 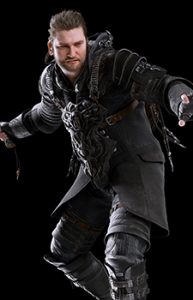 Growing up alongside Nyx, Libertus was always the outgoing and cheerful one, but when the situation turns serious, he can let his emotions get the better of him. 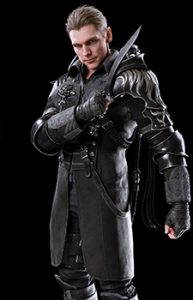 Luche’s intellect has established him as a leader among the glaives, and his opinions carry the weight of his comrades’ trust and respect. 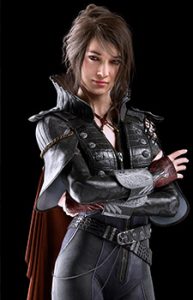 Crowe grew up an orphan on the outskirts of Lucis. Her rare gift for sorcery earned her a place in the Kingsglaive, and she considers her fellow soldiers her family.

Merciful and wise, King Regis garners the adulation of his people for all he has done for Lucis. After his son, Prince Noctis, sets forth from the crown city, the king turns his attention to forging a peace between his kingdom and the Empire of Niflheim. 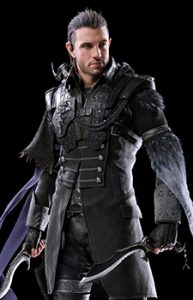 Saved by King Regis as a child, Nyx repays the debt by serving the Kingsglaive with distinction. His affinity for the royal magic and epic exploits in combat have earned him the moniker of “hero” among his peers. 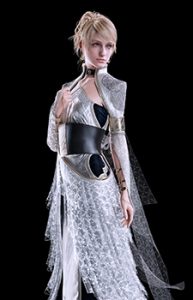 Before accepting the sacred charge of the Oracle, Lunafreya was born princess of Tenebrae, where as a girl she forged a bond with Prince Noctis, now her betrothed. Though she was to meet her fiancé in Altissia, circumstances carry her into the crown city ahead of the peace signing.