On May 27th 1986, the world was first introduced to the Dragon Quest video game franchise. With many main and spin-off releases to its name, the series is now celebrating its 30th Anniversary. Having worked with the series back when they were known as “Enix” (Before the merger with Square), Square Enix have marked this day by announcing something new for western markets.

It has been confirmed that the previously Japan-exclusive Dragon Quest Builders will be available on the PlayStation 4 and PlayStation Vita (Digitally) starting October 2016.

Set in the world of Alefgard (The setting of Dragon Quest I), players must use their creativity to gather and combine a variety of tools/materials in order to rebuild the realm, which was destroyed by the Dragonlord. 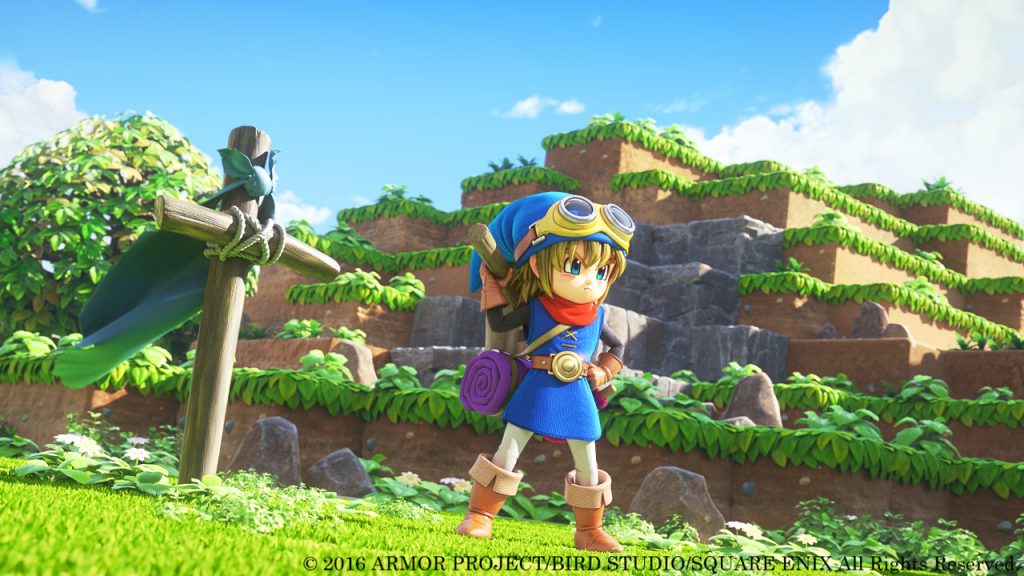 Although I will reserve my judgement until it launches, Dragon Quest Builders does seem to have some elements similar to Minecraft. For example, it seems to have a similar voxel art style (for its environments), and features an open sandbox style of gameplay where you must gather resources and build. That being said, I look forward to seeing just how much the two games differ, and what Dragon Quest twists are offered with this style of gameplay.

A long time ago, the realm of Alefgard was engulfed in an ongoing battle between the humans and the monsters. A celebrated hero stood up and confronted the Dragonlord, the wicked king of the monsters, to try to put an end to the conflict. Through his vile trickery, the Dragonlord deceived the hero into a false deal, and Alefgard was destroyed in the process. The few survivors were robbed of the power to build and scattered around the world to live out their lives in despair and apathy. The very idea of creativity and imagination became mere legend, and mankind was reduced to a meager existence, surviving only by scavenging what remained among the ruins for centuries to come.

Until one day, a new hero is awoken by the spirit of the land – one who will become the Legendary Builder, within whose fingertips dwells the long-lost power of creation. Rebuild the ruined realm in your own image and bring an end to the Dragonlord’s reign of evil once and for all.

In addition to announcing their plans for Dragon Quest Builders, Square Enix have also confirmed that they will be offering Dragon Quest Heroes: The World Tree’s Woe and the Blight Below at a discounted price via Steam and the PlayStation Store until May 31st. Do note that, as this news comes from Square Enix in the USA, this sale might only be relevant to those in North American markets.