Acttil and YummyYummyTummy Unite to Bring Fallen Legion to PS4 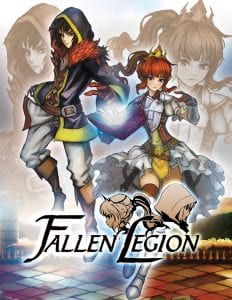 Closely after confirming their plans to bring Ray Gigant to international markets, video game publisher Acttil have confirmed they will be collaborating with YummyYummyTummy to bring the Action RPG side-scroller Fallen Legion to Western markets in 2016. This title will be available exclusively via the PlayStation Store for the PlayStation 4 video game console.

Fallen Legion seeks to immerse players in the devastated, crumbling kingdom of Fenumia. Playing as Princess Cecille, you will be given the arduous task of saving this world and its people. Some promoted features of this title include:

Fallen Legion is set to launch on the PlayStation 4 in Summer 2016 (or Winter 2016 if you are in the southern hemisphere).

For ages, Fenumia has ruled over the vast continent, and now the crown has been passed down to the princess. Among the artifacts of the recently departed king lies a sentient book that holds timeless knowledge and an extraordinary power to breathe life into weaponry. Guided by this mysterious tome, the unwavering Princess Cecille journeys on a personal quest to restore her kingdom to its former glory. As she travels beyond the castle borders, however, she finds nothing is truly as it seems.