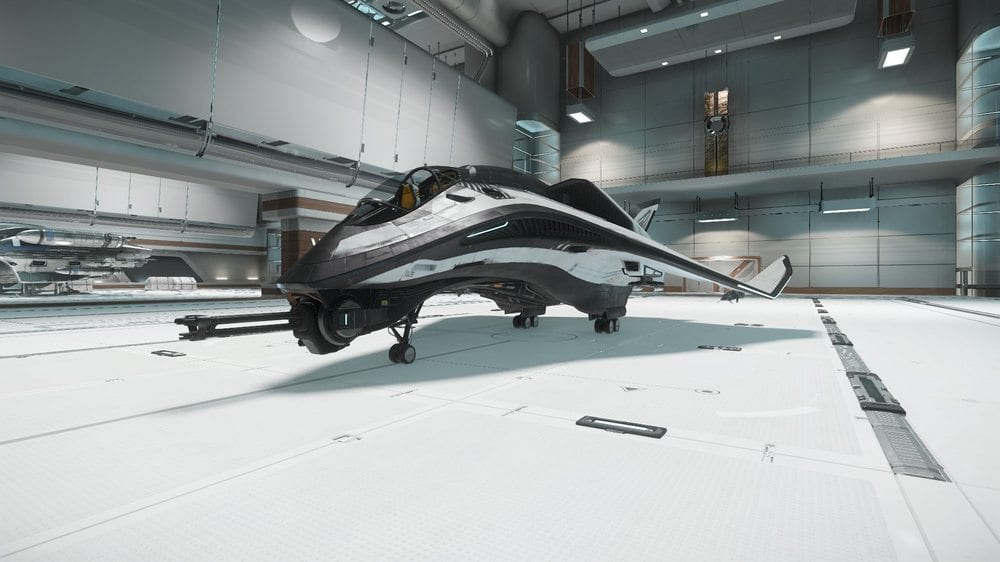 Following similar events over the first few months, Cloud Imperium Games have today announced that all Star Citizen backers with access to Arena Commander can test fly the Aegis Dynamics Avenger for the next week. All you need to do to claim access to this ship is log into the Star Citizen client and get flying in Arena Commander.

The ship itself is a one person interceptor / interdiction ship, priced at $75.00 as a package, $60.00 as a standalone ship or just $5.00 as a Mustang Gamma to Avenger Cross-Chassis Upgrade. Although not offering as much movement room as other more expensive ships, it does come with a moderate amount of walking/crouching space behind the chair and bedding. According to the official website, the ship is flight ready, although an Update Pass has been scheduled.

The following is the ship’s official description:

Hunt your prey in the darkest corners of the galaxy with the Aegis Dynamics Avenger, a rough-and-tumble attack fighter with a reputation for settling scores. If you’re interested in life on the edge, the Avenger is the ship for you.

For more information on the Aegis Dynamics Avenger, click HERE.