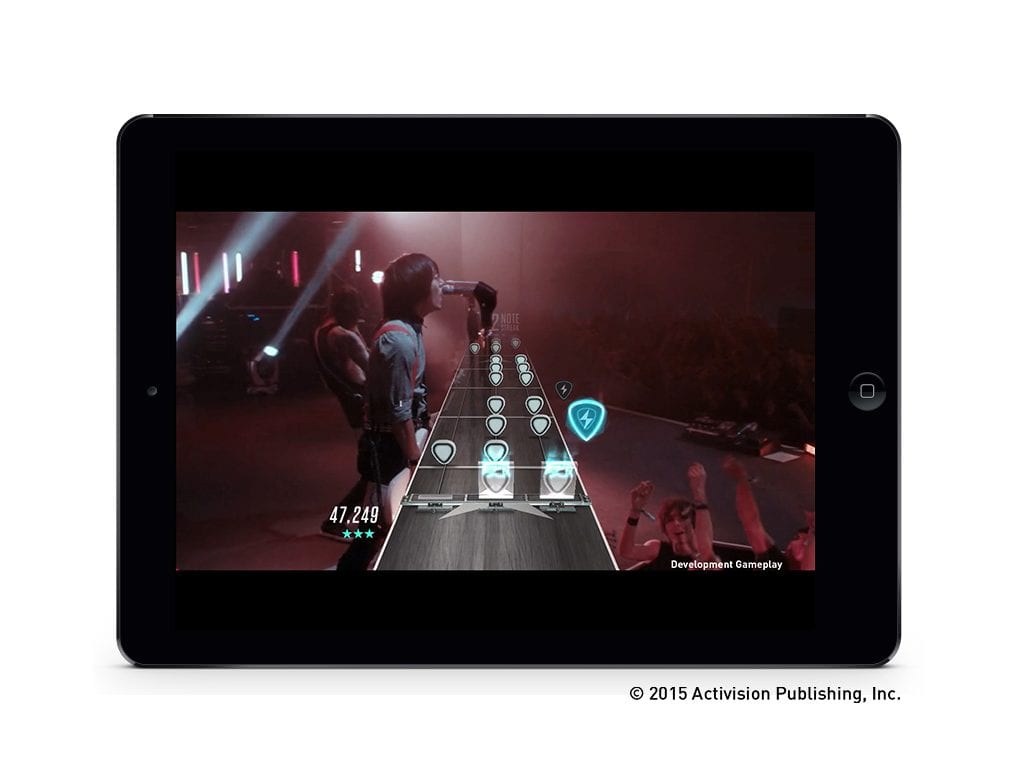 Activision and the development team at FreeStyleGames have announced that, in addition to standard video game consoles (PS3, PS4, XB360, XB One and Wii U), they are set to release Guitar Hero Live on Apple devices. This announcement includes the Apple TV.

The rhythm game will come with support for iPhone, iPad, iPod and Apple TV devices when it launches this fall. Players will be able to play in their living room through their Apple TV, and then take the game wherever they go via their smartphone/tablet device, with them all supporting the new Bluetooth Guitar controller.

We jumped at the opportunity to bring back Guitar Hero in a cool new way with Guitar Hero Live and have been energised by the response from fans who have had a chance to play it so far. We can’t wait for the game to launch next month and think people are going to get a kick out of living their rock star fantasy on consoles, mobile devices and Apple TV this spring. It’s going to be rad!