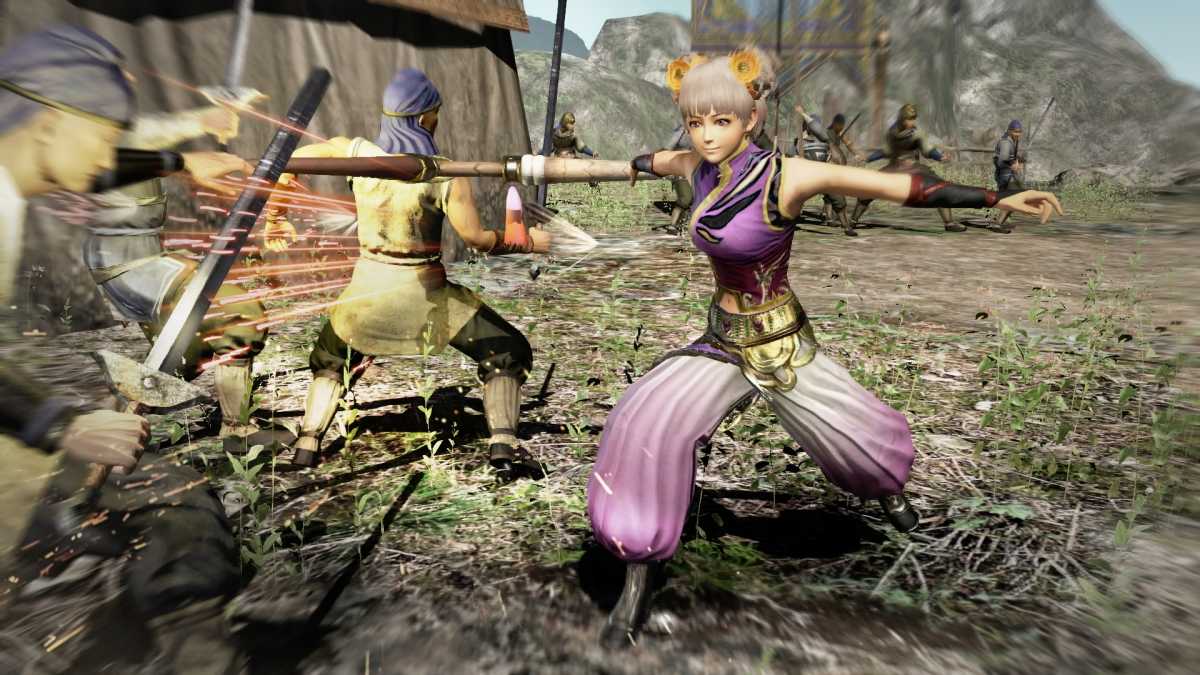 Ultimately, it was not a core Dynasty Warriors game which won my attention and piqued my interest in the growing number of Koei Warriors video games available on the international market. Instead, it was a completely random purchase of Dynasty Warriors 6 Empires one random afternoon many years ago – with the core feature catching my attention being the Create-a-Warrior ‘Edit Mode’. There is no denying from myself that the core Dynasty Warrior games have been vital in the series tremendous success, bringing fans back time and time again for a similar round of button-mashing and ‘Three Kingdoms’ storyline. All that being said, there is nothing quite like the development team stepping back after years of development and handing a little bit of creative control over to the imagination and guidance of the gamer. Given the non-linear approach to storytelling, the end product does tend to be significantly weaker in terms of storyline, but makes up for this shortfall in other areas.

The jump between Dynasty Warriors 6 Empires and Dynasty Warriors 7 Empires was significant, featuring a wealth of improvements in terms of delivery and the overall experience. With solid footing to work off, the development team at Omega Force seem to have spent more development team on Dynasty Warriors 8 Empires enhancing what was previously delivered by DW7E, rather than delivering gamers a completely unique experience from its predecessor. While the Create-a-Warrior mode may be similar enough to the point where you can import your Warriors from DW7E (Through a to-be-released app) and there are many other similarities, there are numerous additions which make this latest instalment a very satisfying and worthy addition to the long-running series. 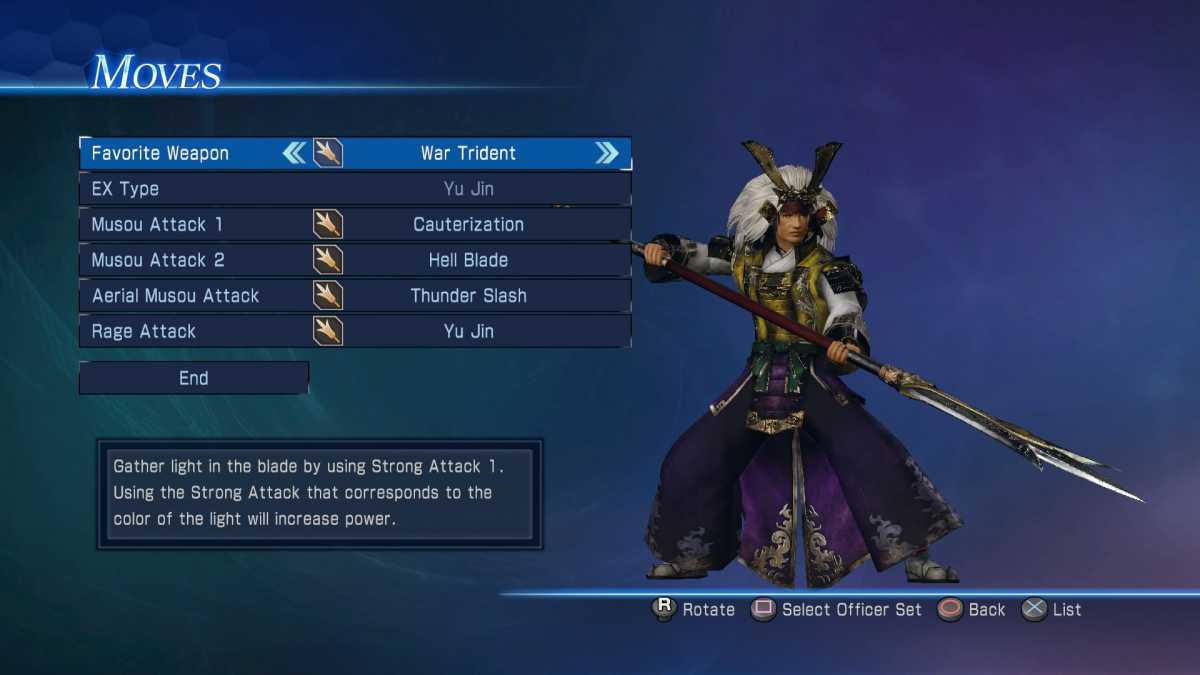 One of the features I personally detested about Dynasty Warriors 7 Empires was that you had to unlock most of the different costumes which you could dress your custom warriors up with. This is fine in principle as it gives players rewards for multiple playthroughs of the game. However, for a game which has the primary appeal of customisability, it took far too long to unlock all the costumes so you could have a diverse range of custom warriors. Personally, I hadn’t even unlocked half the costume options before deciding to move onto other games. Dynasty Warriors 8 Empires opts to unlock all costumes automatically, giving you freedom to create distinct warriors from the moment you boot up the game – a very wise decision. With them also throwing in a few new weapons and greater control over an individual character’s moves, there isn’t a significant change to this particular system, but the changes that have been made are nevertheless notable.

Rather than just being able to edit characters however, you can also customize banners (w/ USB support), soldiers and horses using a simplified version of the system used to create custom warriors. Want to see your peons carry banners emblazoned with your face? Go right ahead! Players can then use these custom creations to form units with them and/or use the game’s streamlined Scenario Editor to make/share their version of China with an ideal set-up of rulers and officers. Although you don’t have precise control over individual events which can happen during a player’s campaign, you can finally be left feeling like you have a good degree of control over the characters populating your rendition of China from the outset. Alternatively, just download someone else’s and experience a new version made by another player. 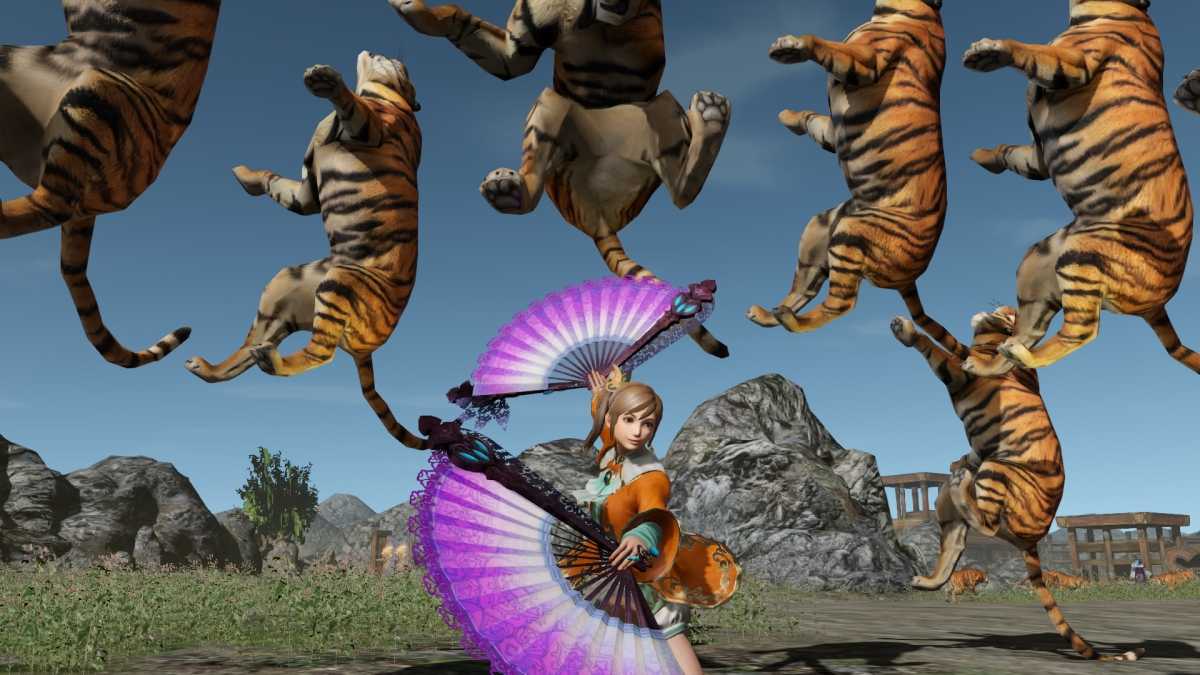 The goals of battle are still more or less the same in Dynasty Warriors 8 Empires as earlier Empires instalments. As either a ruler or officer, you head to the field with an intent to claim territory as your own, defend your own territory for invasion, complete a specific objective (With quite a few interesting quests on offer this time around) or otherwise raid an opponents territory to weaken them. The approach of completing a goal or slowly engrossing upon enemy territory and taking out their leader is nothing new, and still delivers a familiar button mashing experience overall as you go through wave upon wave of enemy soldiers.

The most significant improvement however is the way that Stratagems are handled in battle. Not only have the range of stratagems on offer increased, but there are also new ones which form a tangible structure with bonus perks and those of a larger scale which grant some notable benefits provided you temporarily remove some fellow officers from the field. Especially on the higher difficulty settings, balancing stratagem use with your resource count does become an interesting dilemma. Dare you use resources to pull off a string of smaller attacks, or wait until you have enough for a large-scale maneuver which can impact the entire battlefield? 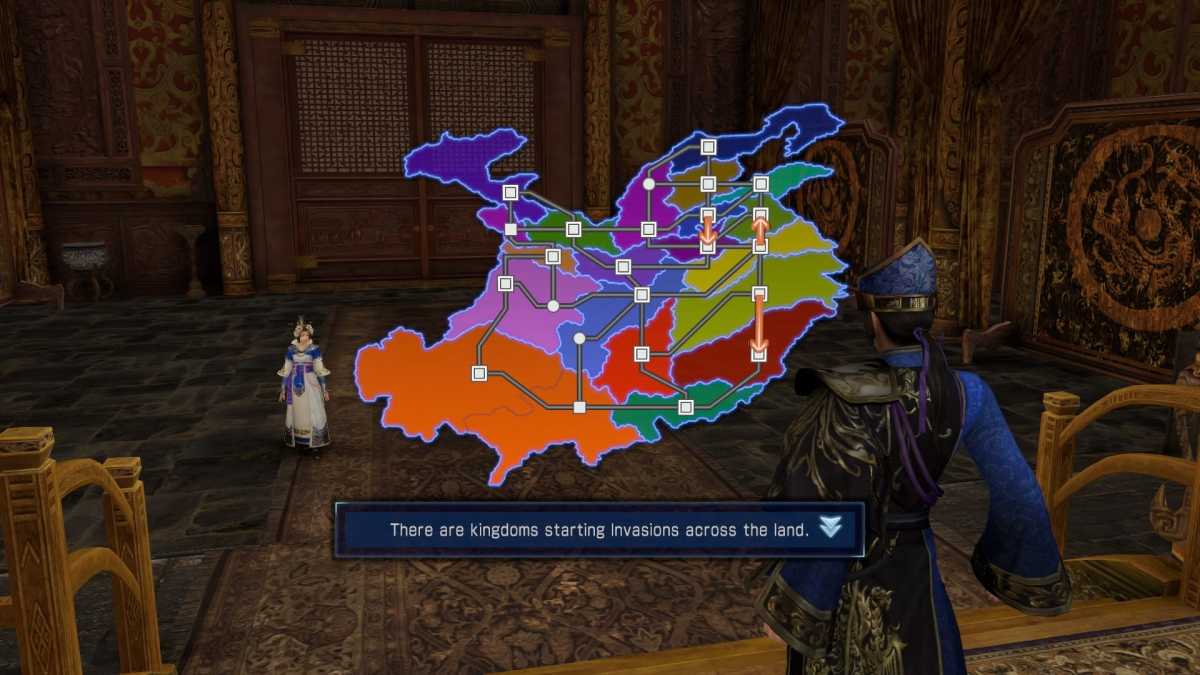 While it may be the least entertaining feature, the most familiar system to those returning from Dynasty Warriors 7 Empires is the string of menus which you must navigate through before and after you enter the fray. With time progressing by month, you (as either an officer or ruler) must strategically manage your resources in order to progress through the game. Although it might be trivial how a banquet to raise your warrior’s relationship with one character can take a whole month to undertake; balancing improving manpower, building new facilities, recruiting officers and forming alliances whilst fending off invaders can be a daunting task at times. One of the biggest changes made to this system is that rulers are given three points during their six-monthly meetings. These points can be used to prioritize a range of policies for their officers to undertake, with up to three policies selectable each half-year via this new system. As an example, it is therefore possible to direct your peons to cause havoc on neighbouring territories and go on a recruitment drive, rather than one or the other.

At its core, Dynasty Warriors 8 Empires is similar to earlier Dynasty Warriors games as it is fundamentally about working your way around a battlefield button-mashing while taking down wave upon wave of peons. But the improved Edit capabilities and several improvements made in and out of battle make it a fitting end to the Dynasty Warriors 8 line of games, and the most standout Empires game to date by a considerable margin.

Those not sure about the game will be able to check out the ‘Free Alliances’ edition when it is released later this month. While not featuring the full Dynasty Warriors 8 Empires experience, it will allow anyone to sample the game through its Free and Edit mode. This will also be the side-game used to transfer custom warriors from the original PlayStation 3 edition of DWE7 to DWE8 on the PlayStation 4.