It can be very infuriating to be a gamer in Australia at times, and while not as big an issue as it may have been five to ten years ago, there are still occasions where we receive video game and console releases days if not weeks after our North American or even European counterparts. Therefore it was hard not to be excited when Nintendo announced that Australia and New Zealand would be the only countries outside of Japan to be receiving the New Nintendo 3DS and New Nintendo 3DS XL consoles this year. With the console now out on store shelves… was it something worth being excited about?

I see the New Nintendo 3DS as an investment in the future rather than something that will give you all its benefits out of the box. We will see what the console is capable of beginning in 2015 when games such as Xenoblade Chronicles will be released exclusively for the latest models, taking advantage of its improved CPU performance. That being said, development will still continue for the 3DS and it is unclear if or when a majority of games will favour the New Nintendo 3DS over its predecessor – with gamers left to upgrade or be left behind in terms of new releases. Your entire DS and 3DS game library will be compatible, although Nintendo still hasn’t decided to join Sony and Microsoft in embracing region free gaming; which is a real pity considering they are the only one of the three major console publishers in the market to do so with their current generation consoles.

The 3DS has received its name for one particular reason: its glasses-free stereoscopic 3D functionality. It has been a feature that I have not personally embraced, and would spend 99% of its time entirely deactivated during my playthroughs. Why? Because it was incredibly temperamental unless your head was perfectly aligned, and even then would quickly contribute to eye, hand or neck discomfort. One of the features promoted for the New Nintendo 3DS was its “Super-Stable 3D” feature, which involves the console recognising a player’s face and then adjusting the 3D display angle depending on their position. While there are still limits to how proportional your face needs to be to the camera for this to take effect, the feature worked above and beyond my expectations. Asides from a second or two that the screen takes to readjust the 3D after a considerable head movement, the 3D effect is almost perfect and loans itself to much longer play sessions than previous models. You may actually be left wanting to replay some of your older games just to enjoy the 3D effects that you have been unable to enjoy previously. The visual quality however is comparable with the original Nintendo 3DS models, albeit from my experience slightly clearer are brighter. 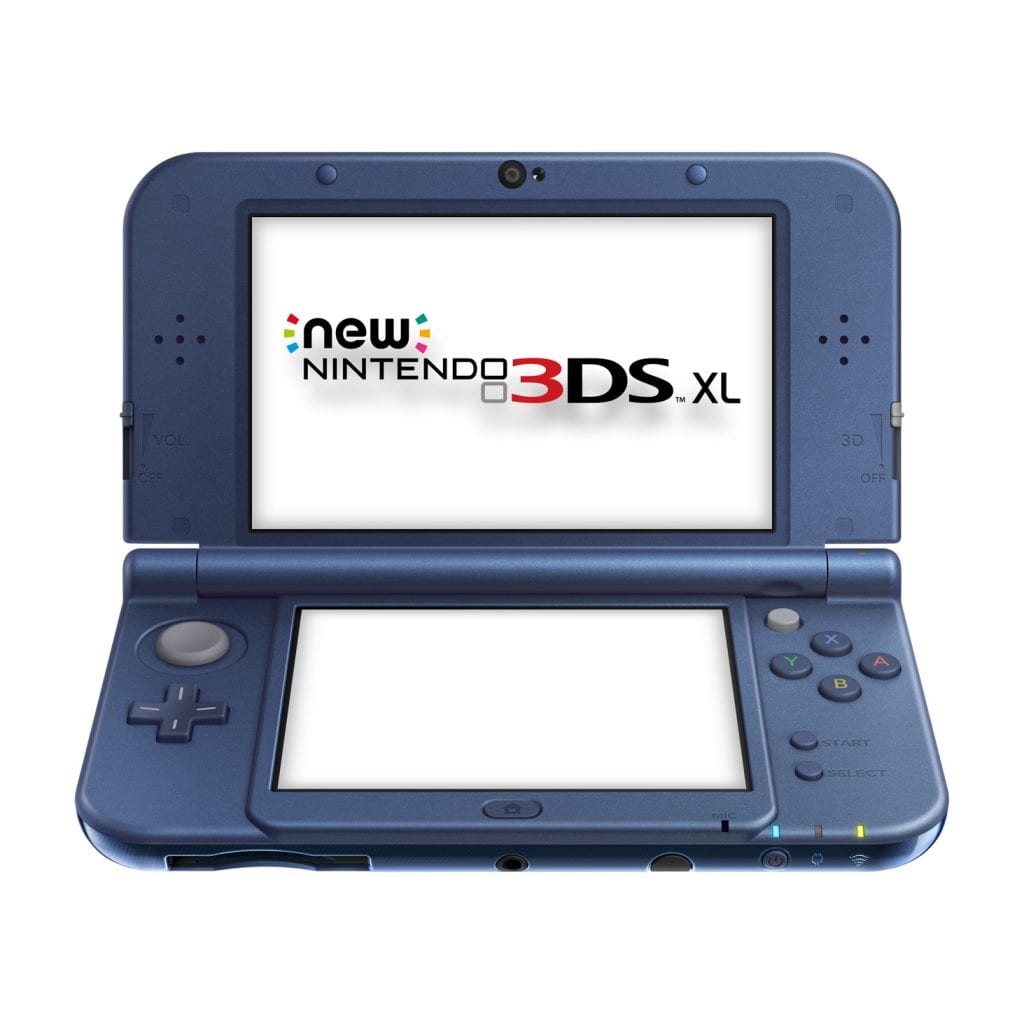 There have been a number of other new additions made to the face of the New Nintendo 3DS, including a decision to remove the need to purchase a Circle Pad Pro peripheral. Fortunately this decision still allows the console to remain the same shape and size of earlier makes, unlike the original Circle Pad Pro accessory which removed almost all practical portability from the console. While the ZL and ZR buttons were well incorporated into the console design and were very comfortable to use, the same cannot be said about the new C-Stick. This tiny nub to the right of the touchscreen was responsive and worked decently well during gameplay, however felt inferior in comparison to what the Wii U GamePad and the Circle Pad Pro provided by including a second circle pad. Despite my personal grievances, both these new control inclusions work well and should hopefully facilitate additional gameplay functionality in the future.

The moment you pick up the New Nintendo 3DS, other subtle and not-so-subtle layout amendments will be evident. The game cartridge slot, volume controls, power button and both START/SELECT buttons have been moved to much more convenient locations, with the buttons in particular being more responsive than the Nintendo 3DS XL. However you might also notice that the SD Card slot has disappeared. This is because switching the SD Card or Battery will require you to unscrew the back plate, involving much more work than was previously required and not exactly friendly to younger gamers (or older ones who may not trust their skill at unscrewing and then securely removing it with the stylus). Don’t possess a “cross-head screwdriver”, be sure to add that to your shopping list alongside a spare Nintendo 3DS charger if you don’t have one already.

When you walk into your local retailer to pick yourself up a New Nintendo 3DS console, on the same display will likely be new cover plates for both the front and back of the console. Featuring a range of designs from simple patterns to characters to a really fancy wooden one featuring Mario, the variety is decent; with most setting you back approximately $17.95 or $39.95. The only issue is that Nintendo haven’t published any of them for the New Nintendo 3DS XL, with cover support only available for the smaller New Nintendo 3DS. Release dates have not been concerned for the “XL” cover plates, but from their packaging they do look quite nice. I do genuinely look forward to adding the Wooden Mario plate to my XL in the near future. Wouldn’t have been a bad idea coupling them with an identical home screen as well to complete the ensemble. 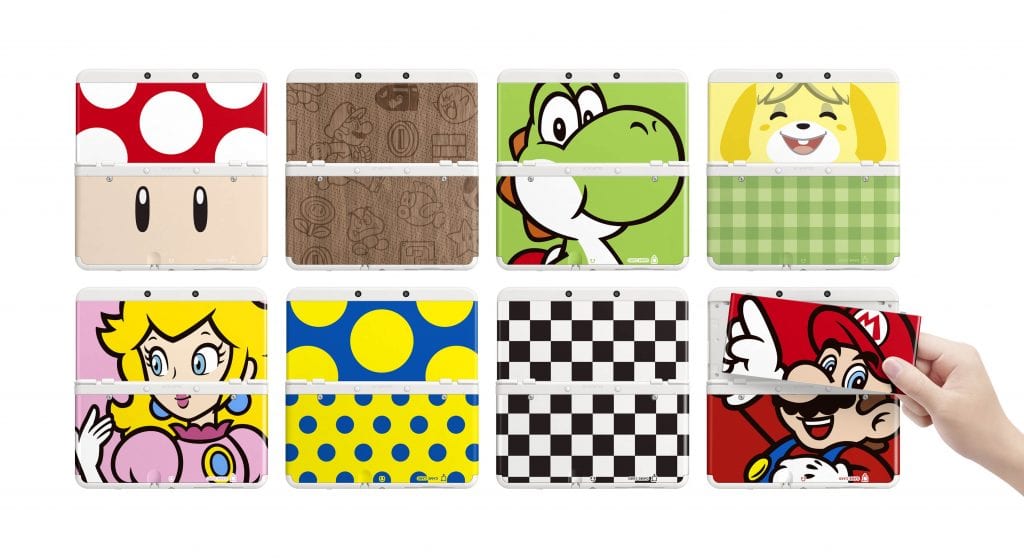 Aside from the few small grievances that I had regarding the C-Stick and the requirement to unscrew the cover of the console to do something simple like adding a larger SDHC card, there was very little that stopped the New Nintendo 3DS and New Nintendo 3DS XL from being a strong performing portable console at this time. As I mentioned at the beginning of this review however, I consider purchasing this as an investment towards the future. Ultimately the success and strength of this console will depend on how developers handle its increased capabilities, so look forward to 2015 and beyond to see how large-scale games such as Xenoblade Chronicles perform. Heck, it is now a console I would be happy playing something like Final Fantasy Crystal Chronicles (A personal favourite Nintendo console [Gamecube] exclusive) on should the opportunity arise. That being said, if you are happy with your current Nintendo 3DS then there is little that should compel you to make an immediate purchase. But if you are on the market, you should not pass on one of these two new editions.

If you are currently residing in Japan, Australia or New Zealand, then you should be able to pick up both the New Nintendo 3DS and New Nintendo 3DS XL from your local seller of video games. With a 2015 launch window in North America and Europe however, you will either have to wait or consider importing (Play-Asia are currently selling Australian models for between $219.99 USD and $259.99 USD – although be sure to shop around). However be warned that these consoles will only be able to play games from the PAL region, and may not be compatible with your current gaming collection. The suggested retail price in Australia however is $219.95 AUD for the standard and $249.95 AUD for the XL, although once again you may find something slightly cheaper by shopping around.

This review was conducted on the New Nintendo 3DS XL model, although aside from size there are no significant known differences between the two. This console was purchased by the reviewer and was not supplied by Nintendo.