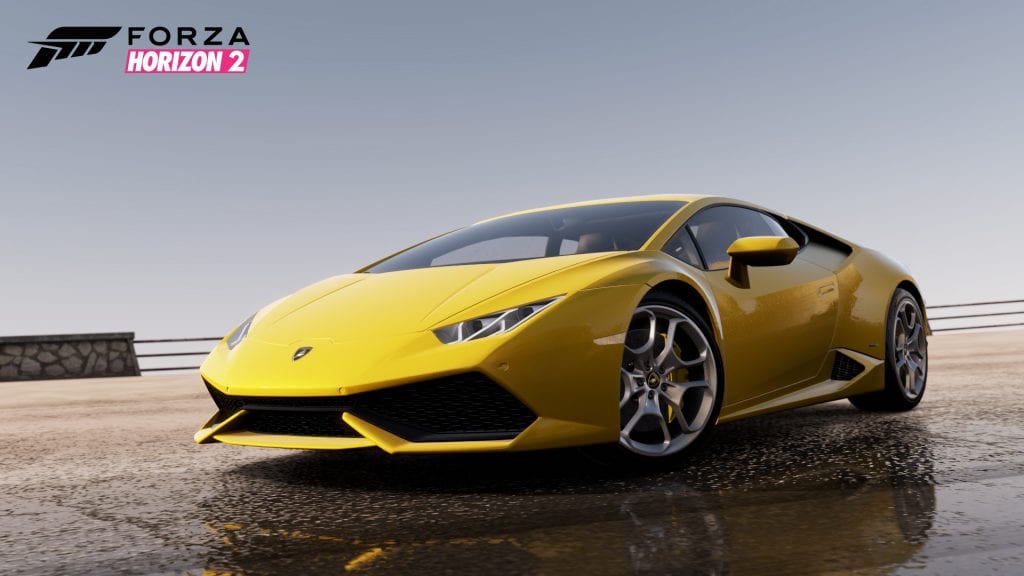 Growing up as a casual gamer in the late 90’s and early 2000’s meant that my exposure to the “Racing” genre was almost exclusively limited to kart racing games on the Nintendo 64. While “karting” games are fun in their own right, their control schemes hardly transition over to most realistic racers you find on the market today… and adapting can prove to be a challenge. Because of this, even though I like to think I put up a mean challenge in Mario Kart 8, it still didn’t stop me from plowing my way into every second wall in Forza Motorsport 5.

I say all this because Forza Horizon 2 felt different from most realistic racing games, and did a fantastic job at extending its hand to those in my shoes without alienating seasoned veterans who just want to get out there and race. Irrespective of what group you are a part of, you are likely to come out much more skilled at and appreciative of the genre after making your way through the 150 championships with a total of 700+ events spread out over 200 or so different cars. 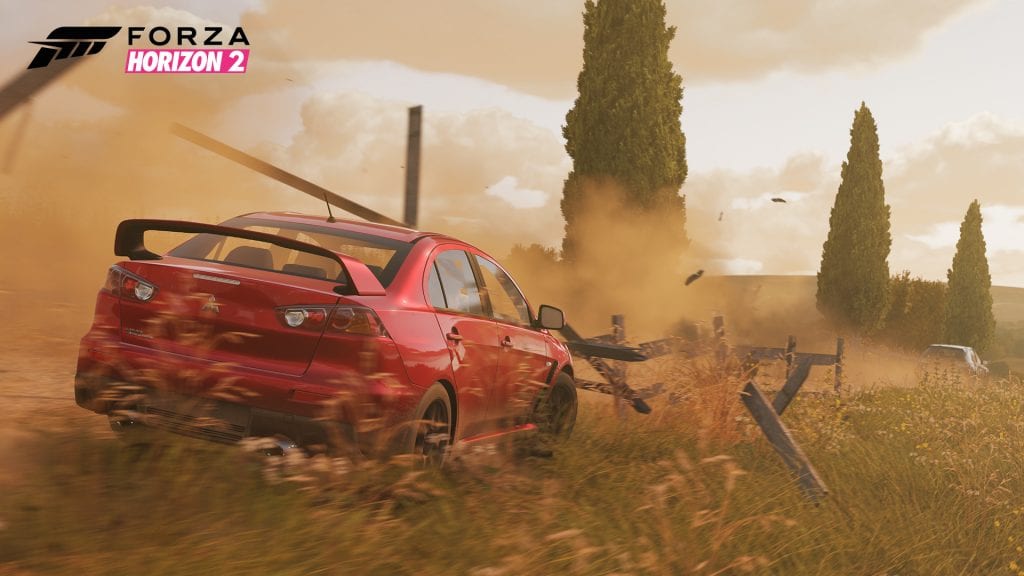 Similar to the first Horizon game, Forza Horizon 2 takes place during the fictitious “Horizon Festival”, a major open world racing tournament where the roads of an entire locale are closed off to pedestrians and given to drivers who don’t always have staying on the road at the forefront of their minds. These drivers are more than willing to bang-up their pricey cars while vying to make their way up the ranks and win themselves a spot in the coveted Horizon Finale. As one of these racers yourself, you begin taking on championships as the road trip through the varied and picturesque Southern European landscape and towns begins.

Featuring a region that is approximately three times the size of Forza Horizon, there is plenty to see and do across the varied environment before you even consider diving into one of the events on offer. You can best your speeds through speed cameras, find one of the 150 experience boards littered around the landscape or even forgo the road entirely by traveling through farmland, grassland and pretty much any area you would never venture in a standard racing game on your journey to the next town. Why any town would give permission to have cars plow through their farmland and purposefully plow over every section of fence is beyond me… but hey, this is a video game after all.

I feel newcomers can really take advantage of the open world environment to hone their skills. If you are uncomfortable with driving, then you can feel free to just drive around, experiment and see what works – without the repetitiveness of driving around the same track over and over again. Personally, I found a few hours of enjoyment by simply driving up and down the freeway at 325km/h while swerving from cars and other hazards. Throw in impromptu races against CPU opponents, “bucket list” challenges with fancy cars and even the odd retro racer lying around in an abandoned barn somewhere and you have an open world you could quite possibly spend dozens of hours exploring and learning from. 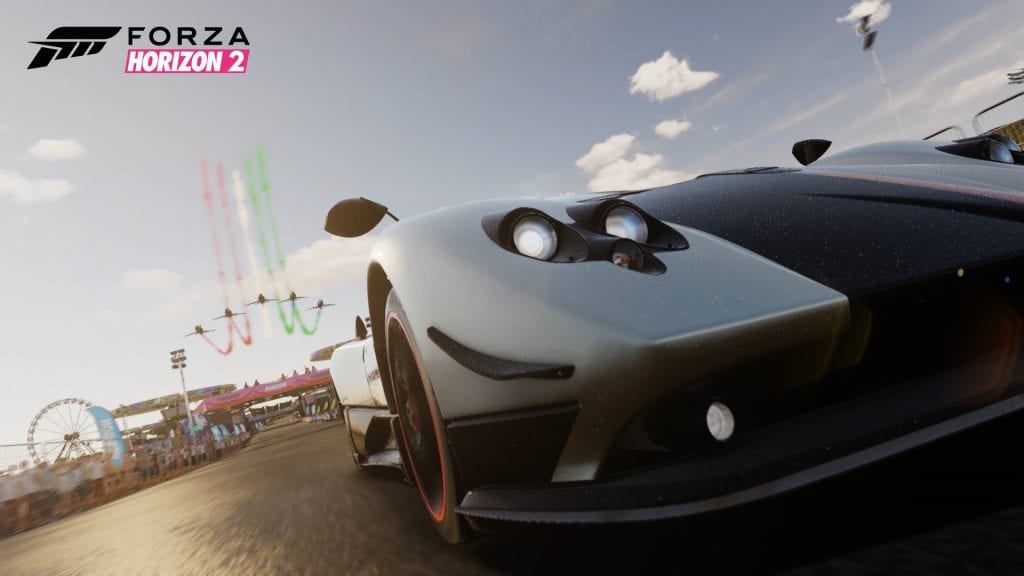 When you decide to follow the game’s direction and take part in a championship event, you are not just presented with a standard selection of race options. While there are many events that follow the traditional 3-lap structure along race courses formed by the roads you were driving on a moment ago or 1-lap sprints that do pretty much the same, Forza Horizon 2‘s true charm comes from other events such as Cross-Country races. As the name implies, Cross-Country races involve your car plowing its way through farmland, barns and generally anything that would be considered “off-road”. While unrealistic in the sense that several cars wouldn’t usually be able to handle such journeys yet somehow survive the ordeal in-game, it provides a greater opportunity to use reckless and tactical driving to jump up several ranks in the matter of a second. In addition, completing each championship usually unlocks a unique event such as racing against a train or jet planes. Given the number of twists that can be added to each race and the fact that most have a unique route / car requirements, no two events play the same and by no means are you simply confined to a handful of tracks that you must play over and over again.

Rather than playing against nameless AI characters who you wouldn’t be able to tell apart, Forza Horizon 2 adopts Forza Motorsport 5’s “Drivatar” system which populates the game world with AI copies of those on your friends list and other players. While it still doesn’t change the experience that much, it does give you that extra level of satisfaction when you narrowly manage to defeat a car driven by your brother/sister or close friend. Unfortunately the game doesn’t like pulling too many names into the game, and I found a friend of mine driving three different cars down a single strip of freeway. Sure, prioritize friends for races, however at least pull a couple of hundred names for random AI racers in the Open World… or add some space-time continuum DLC to justify one person being in multiple places at one. The one use the Drivatar system does have is that it occasionally presents an opportunity to go head-to-head against the ghost of a rival – with rewards dependent on how challenging a time is to beat. It is great to see that even with an open racing game, that developers still found a creative and plausible way to incorporate such a timeless system. 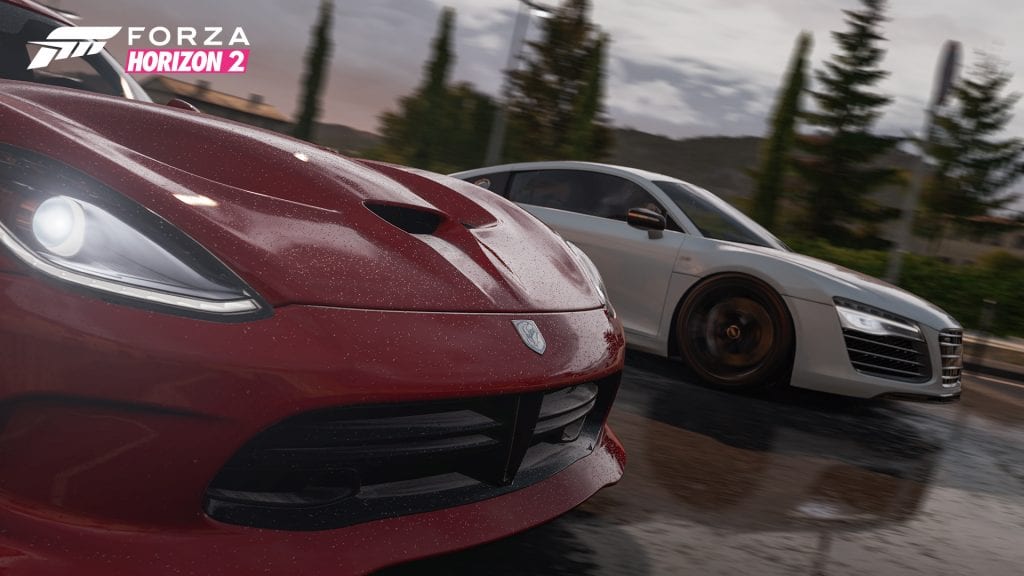 Continuing the approach of being newcomer friendly, Forza Horizon 2 also offers a plethora of different options to help less skilled players build their racing competencies through events. These range from having a line appear in-front of your vehicle which indicates when to slow down for tight corners, making damage to your vehicle be just cosmetic and reversing time to redo a section of track you screwed up on. Activating these features decreases the credits multiplier you receive for winning a race, while deactivating them earns you more credits every race. It ultimately becomes a balance of skill level vs the number of credits you receive to buy new cars and upgrades with. With 200+ cars to buy and each upgradable to an extent, you don’t want to plow through Forza Horizon 2 with the easiest difficulty setting turned on and then miss out on some of the fantastic cars on offer. Experience points are not affected by this however, instead serving as a reward for impressive (and to a lesser extent, reckless) driving, progressively unlocking skill points which can be spent on nifty but non-game breaking perks.

But to be completely honest…. the real charm to Forza Horizon 2 isn’t just the racing, but just how beautiful the driving experience can be. While I wouldn’t have minded an even bigger world, what was presented ended up being diverse with a number of vistas which you can happily stop your vehicle and admire. Developer Playground Games have also incorporated a full Day/Night and weather system into Forza Horizon 2, and in my opinion it is even better driving in the rain or at night than it is during the daytime. Unfortunately the immersion can be slightly lost with certain events requiring you to be at a certain time of day or weather pattern, rather than embracing what is happening at the time. Surely they wouldn’t cancel a car meet or a race due to a few spots of rain… or is that just me? 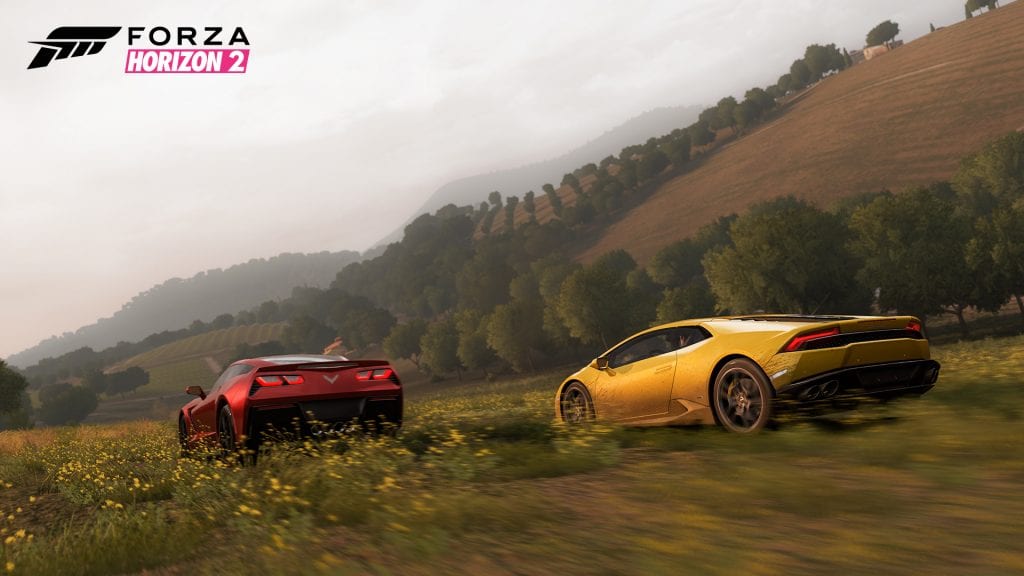 With a wide variety of events on offer, a good selection of cars and many aesthetically pleasing vistas littering the landscape, Forza Horizon 2 has the base elements of any open world racing game down-pat. In fact it does a fantastic job of all three elements. But what makes this game special is the sheer number of alternate/creative activities on offer which encourages you to drive in any direction aimlessly,  and that it provides a challenging yet very approachable racing experience to players of all proficiency levels.

Check out my interview with Ben Penrose, Art Director on Forza Horizon 2 HERE.