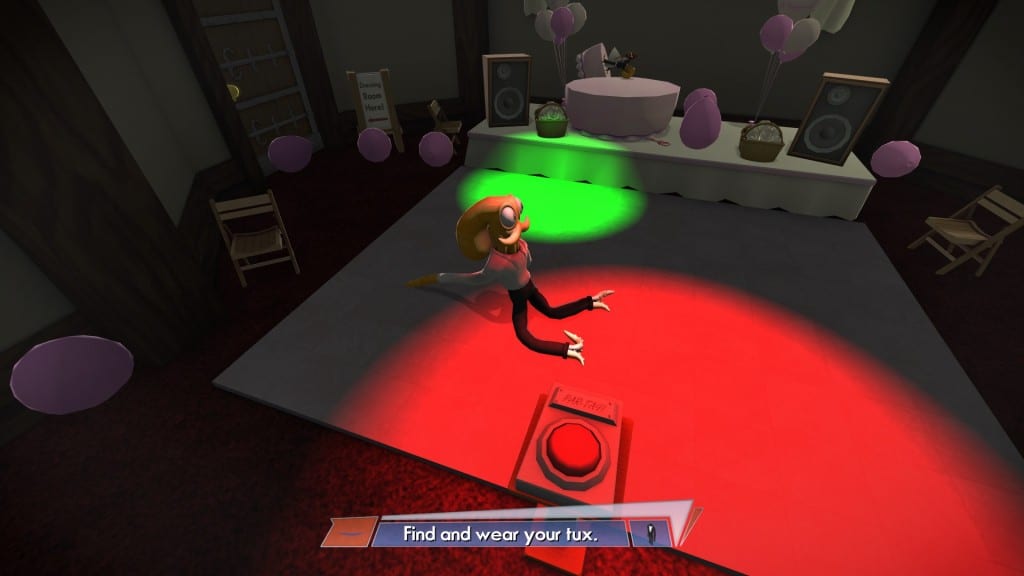 There are so many interesting video games out on the market all pitching a unique concept to a pre-defined genre. While usually this is all well and good, as a gamer I like to see something truly unique, thats why in mid-2013 I held the first round of “Sam’s Quest for Something Different” where I pooled through several (mostly indie) video games and picked out some that deserved to be recognized. The second on that list was Octodad, a game developed by a group of students at DePaul University whom many of which would later form The Young Horses. While short and lacking refinement in areas such as visuals, its gameplay was a mixture of pure entertainment and frustration…. I mean…. what else would you expect from a game that had you play as an Octopus pretending to be a human?

Moving forward a little less than five years since being first released, The Young Horses have finally built upon all that positive reception to present Octodad: Dadliest Catch. Featuring the same sort of (at times) infuriating control system and a boost in production quality, does this sequel offer anything new from its free-to-download predecessor? Read on to find out!

As he was before, Octodad is a loving father with a beautiful wife who just so happens to be an Octopus. Despite the notable differences between humanoids and octopodiformes, both anatomically and verbally, he has been able to convince everyone with one exception that he is like them – a normal, talking, two-legged human. Shortly after the events of the first game, Octodad is startled by a family outing to the aquarium which could see his family figuring out who… or rather what he is. With his wife already questioning his actions, the chef out to make him moderately priced sushi and both kids out to make him work hard to impress them, can Octodad successfully pull off the human act again?

While the concept is very unique, there isn’t really anything special about the overarching storyline itself. For most of the game you will being going from Point A to Point B (or collecting a series of items) with a greater emphasis on gameplay rather than contributing to the plot. What makes Octodad: Dadliest Catch such a thrill to play however is that despite the main character only being able to burble in different tones depending on the mood, the other supporting and incidental characters are entertaining to listen to. The writers were evidently going for quirky comedy, and whether it was a one-liner comment made by one of Octodad’s kids or a scene played out against Octodad by the Chef… it worked. They also attempted to incorporate some drama into the story, which worked when necessitated.

Unfortunately like the original Octodad: Dadliest Catch is very short, and can easily be completed in a couple of hours once you come to grasp with the control scheme. Small areas in the game world leave little room for exploration and an abrupt ending still leaves quite a lot untold, although to be fair wraps up in a way I wasn’t expecting them to.

Sam’s Note: Don’t rush a scene, slow down and enjoy the dialogue between characters.

One of the biggest issues present in the original Octodad game was that the design left much to be desired. The design and visual quality have both improved tenfold in Octodad: Dadliest Catch and looks like it will be well suited for the PlayStation 4 when it launches on the console in the next few months. There is more to interact with, a plentiful supply of visual gags and to put simply…. brings across the same visual concept of the last game but just much more aesthetically pleasing to the eye.

While it doesn’t appear in the game at any point other than the opening sequence, Octodad: Dadliest Catch has one of the most memorable theme songs out of any game I have had the opportunity to play. It may not be the BEST tune I have heard for a game, but it was fun, quirky and summarized the game very well. The theme song was suitably titled Octodad (Nobody Suspects a Thing) by Ian McKinney and can be picked up individually through Bandcamp. The rest of the music in Octodad: Dadliest Catch was relatively simple, but did its job well.

First a quick word of personal advice. Many “Let’s Players” on video streaming services have begun publishing their videos of Octodad: Dadliest Catch, and usually I wouldn’t recommend or not recommend someone watching them before playing a game. However given how the game plays out, my recommendation would be to dive straight into the game uninformed about what to expect – as half the fun is finding out how to complete an objective.

Most of Octodad: Dadliest Catch is about completing usual everyday tasks or mini-games, which usually if performed in a video game would be simple few-second long jobs that build up to something more important happening. But these minor tasks can become much more challenging when Octodad does not have hands / legs but instead has tentacles and no spine. While at times frustrating, it is usually a real hoot to see just what Octodad’s anthropomorphic body is capable of.

Irrespective if you choose to use the keyboard / mouse combo OR a gamepad option, the control system is a mixture of frustration and pure pleasure as you try to move Octodad through relatively normal situations while trying not to attract the attention of others while achieving feats sometimes not possible by human standards. Opting to try out both methods of controls, the gamepad option was considerably easier (I will let you decide what you wish to do with that tidbit of information). 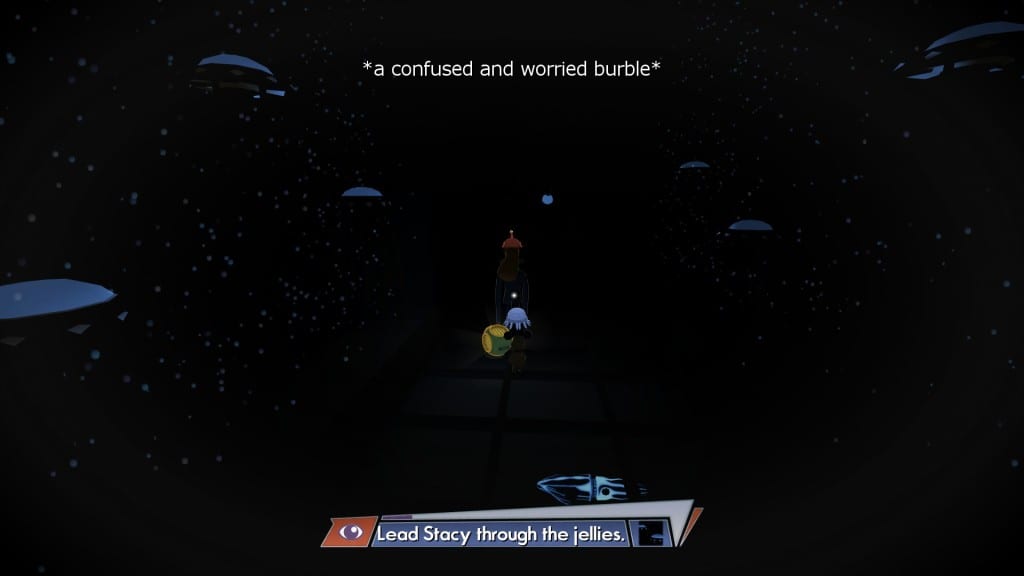 While the mini-games themselves are mostly brand new, The Young Horses have added select individuals such as marine biologists to the game whom just like the chef can identify a sea creature when they see one. This added a new stealth element to the game, but unfortunately wasn’t utilized effectively in more than a couple of occasions and felt more like one of the mini-games than an actual feature. Most of the time Octodad is instead faced against the looming threat of high ledges and banana peels…. apparently people in this world choose to put them in clusters rather than throw them in the bin.

Sam’s Note: Have some friends and want to make a party out of Octodad? Try co-op mode and each control an “arm” or “leg”.

While the future of Octodad remains unclear, The Young Horses have included Steam Workshop support with a handful of new game areas now available to download and a “Octodad: Dadliest Catch Editor” available through the Tools Section of your Steam client. As I am not an active a creator I only took a quick glimpse at the Editor client for this review, and it looks quite promising. I look forward to seeing what the community manage to come up with given the development team decided to hand creation tools over to them.

While it does have its notable shortfalls including a short storyline (w/ disappointing conclusion) and not going through effectively with all of its ideas, this only does a little to detract from the fact that Octodad: Dadliest Catch is a highly entertaining game from start to finish. Everything you see in this game builds upon the experience delivered back in 2010 when Octodad was just a University project, and here’s hoping many more will produce their own projects from it with the Steam Workshop integration!