The [email protected]: One For All – New Screenshots 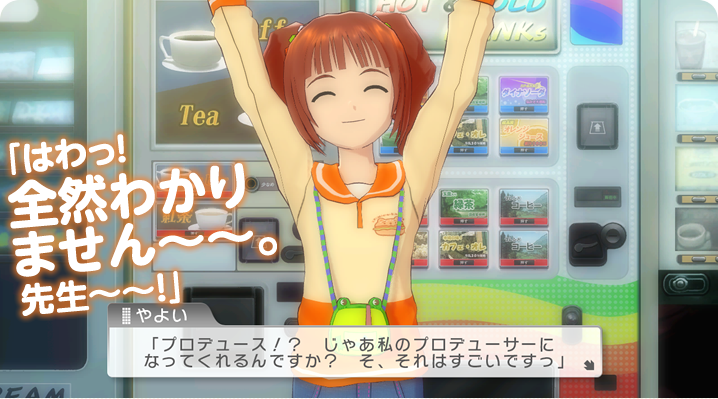 The Japanese wing of Namco Bandai Games have recently released a small set of character-specific screenshots for their upcoming release of The [email protected]: One for All which is set for release on the PlayStation 3 within Japan during May 2014.

This game, while featuring several aspects present in earlier series (Choosing to work with an idol, earning fans, performing etc) also aims to provide a greater insight into the lives of each of the 13 girls who are part of 765 Production. Some of the new screenshots below focus on five of the girls you will be able to work with during their careers – Azusa Miura, Haruka Amami, Makoto Kikuchi, Yayoi Takasuki and Yukiho Hagiwara.

Some of the other screenshots focus on a range of gameplay elements, leading you through the events that take place during the game – from choosing the idol you want to work with, earning fans, performing and then taking part in ranking up festivals.