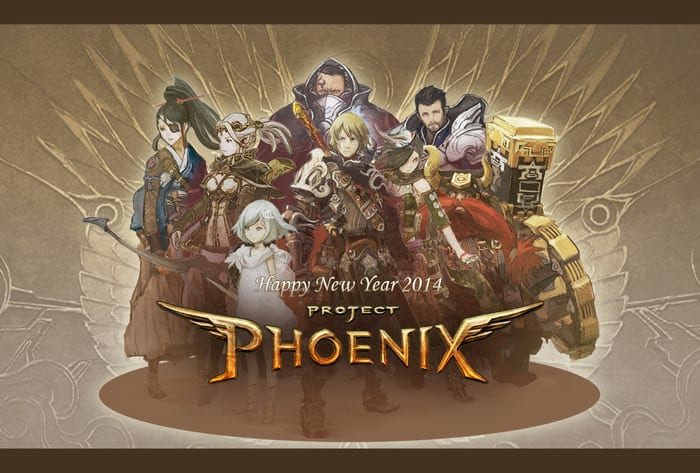 Things may have been a bit quiet from Creative Intelligence Arts over the past couple of months after their highly successful $1,014,600 Kickstarter crowdfunding campaign for Project Phoenix. With the game still seemingly set for release in June 2015 we are sure to hear more about the title in the coming months, however with development ongoing the developers have decided to keep crowdfunding going through their website and the Paypal service.

The Paypal rewards list retains many features of its Kickstarter campaign including digital / physical copies of the final game when published, the soundtrack composed by Nobuo Uematsu, an artbook and many more interesting items that you would usually find in a Collector’s Edition of a game or available as pledge tiers. However, it also has a slate of new in-game items such as Death’s Mantle, a long, hooded accessory your characters can equip, a shadow phoenix pet, and a shadow phoenix that serves as your character’s mount.

Plans are in the works for Project Phoenix to allow current backers to upgrade their pledges and to open a storefront, where backers can purchase additional Project Phoenix items such as a 1/8 scale figurine of one of the game’s characters and other items currently in the planning process.

Pledged funds can also go towards the original stretch goals, with the next target at $1,650,000 providing two additional zones, new side-stories and an Eminence x Uematsu x Kurlander collaboration.

We’re very excited to see our Kickstarter campaign continue through Paypal.   We’ve already been able to implement challenges like having your entire party battle inside a kraken.  Additional resources will allow us to make the journey through Azuregard a more enriching, engrossing experience. On top of that, the rewards, particularly the shadow-themed ones, will help us show fans the darker side of Azuregard and give them a taste of what they can look forward to from the game’s story