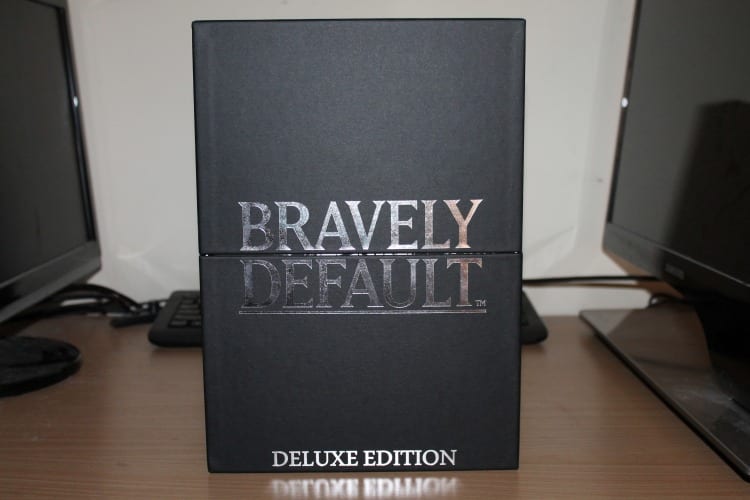 To be completely honest, I am not usually one for picking up Collector’s or Limited Editions of video games. While several have piqued my interest over the last year, usually they come with a considerable price hike with very little that I would really consider displaying, reading or six months down the track pay a couple of bucks for on the Playstation Network / Xbox Live Marketplace / Nintendo eShop. For whatever reason however I have decided to pick up Nintendo’s PAL Deluxe Collector’s Edition for Bravely Default that just hit store shelves this morning in Australia.

Given that apparently despite the price tag of $150 AUD, pre-orders for this edition were halted after only a few days, I can imagine there are many people out there who either missed out, weren’t interested in paying double the game’s original price or have purchased it to display and never open. Therefore, I have decided to put together this little unboxing I did a short while ago.

Do note that as I am not that fantastic in front of a camera, I have decided to do just what I did with my review of the Final Fantasy XIV: A Realm Reborn Collector’s Edition and do a heavily photo based unboxing. If there are any other photos you would like of the contents, or have a question about it – please feel free to post them in the below comments box.

When you think of a Nintendo 3DS game, you think of a tiny box with a single cartridge in it. While the promotional images for this pack indicated just a “big box”, I was pleasantly surprised to see my local EB Games staff member (Hi Dan!) walk out of the back room with a gigantic box measuring approximately 22.5cm x 32cm x 18cm. While minimal, the decals on the black box were rather nice, with the back of the box dedicated to explaining the contents of this pack.

The sticker at the back also serves as the seal for the box, and was easy to lightly press a fingernail against to unseal and open the box up into its two pieces. 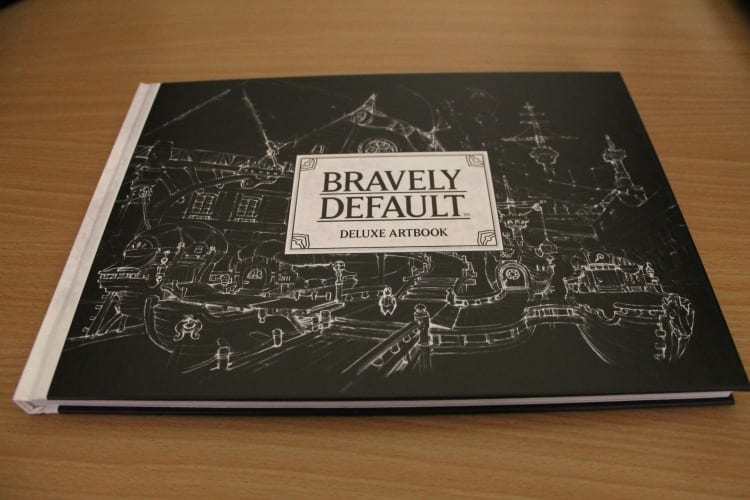 One of the most important components in any Collector’s Edition is a proper artbook. When Nintendo Australia first announced this edition of Bravely Default, they were oddly vague about what the artbook would entail. Would it be softcover or hardcover? How many pages? What sort of artwork could we expect?

Fortunately my skepticism was met by a high quality end product, with Nintendo producing a fantastic landscape book for this collection filled to the brim with artwork – ranging from final designs, full page imagery to simple concept artwork. The hardcover artbook is of good build quality and an even high print quality. This is the standard I was expecting with the $150 price tag. 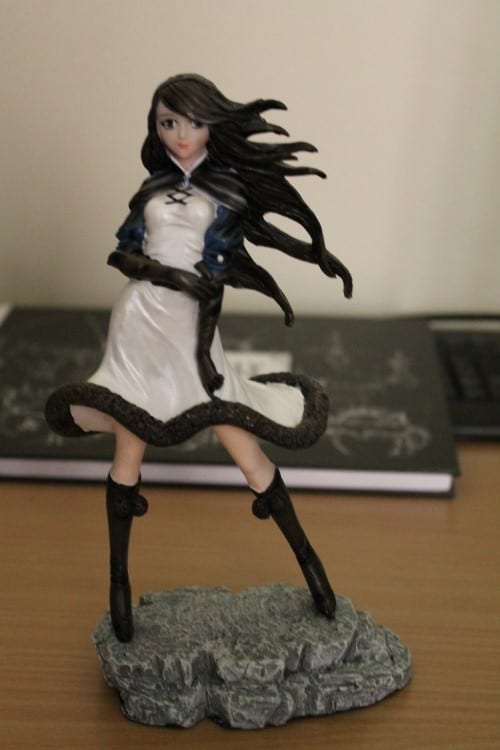 One of the other draws to this edition was the 12″ figure of Agnes, one of the four main playable characters in Bravely Default. I am not too sure what I think of this design yet, although I am starting to see some  pro’s but some equally strong cons with its design. The figure doesn’t feel tacky, with a solid and decorative base alongside accuracy to the original character design. The biggest issue however is that the paint job seems rushed and shoddy at points, with scrapes and the occasional rough patch throughout. What could have been a fantastic figure was ruined by quality issues that shouldn’t exist in a CE of its price point.

The eyes are also rather creepy at first look. Photos of this figure in every angle including the obligatory “Panty Shot” angle are available below. 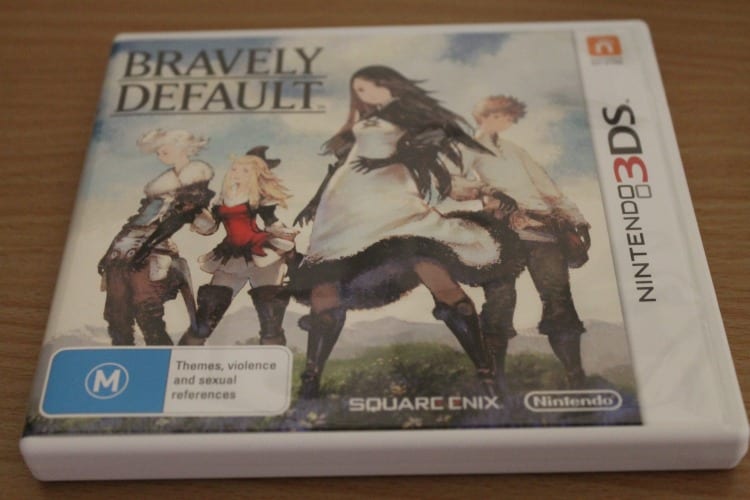 The next thing you uncover as you open the box up is the Nintendo 3DS game iteslf. Featuring Australian classification information indicating that they have indeed packaged this release for the Aussie market – there is no difference between this and the standard edition release also available on store shelves from today. 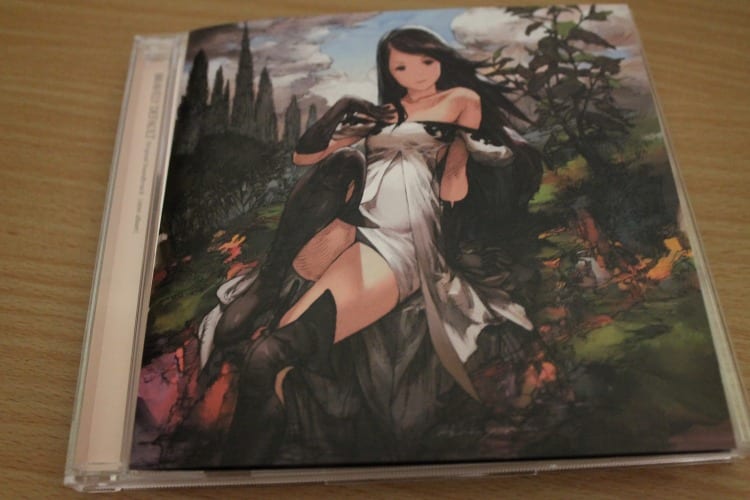 While they didn’t provide a full OST for the game, the Collector’s Edition does come with a 10-track mini-album which comes in at 36 minutes of music. The disc is contained in a jewel CD case with a bonus insert booklet featuring some nice artwork and a comment from Revo who served as composer for Bravely Default. 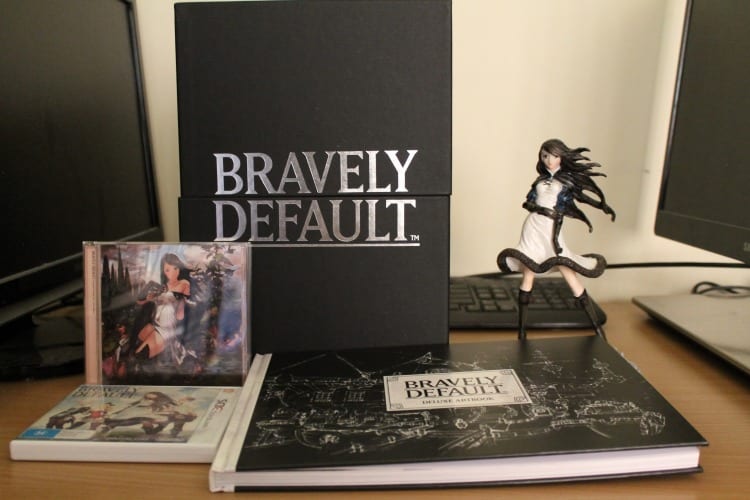 You may have noticed that I missed mentioning the complementary pack of AR Cards. This section will be amended into this review later this afternoon hopefully due to a bungle that occurred when picking up the game this morning.

But otherwise, I hope you enjoyed this look into the Deluxe Collector’s Edition of the game. This edition is now avaialble in PAL regions including Europe, Australia and New Zealand – and a similar release will be released in North America in February 2014. Please look forward to my review of the game in the coming days!