Already reached the level cap in Final Fantasy XIV: A Realm Reborn and left wanting something else to do in the game? Square Enix have confirmed that their Version 2.1 patch for the game is set to go live on the 17th December 2013 for both PC and PS3 editions of the game.

In terms of game chronology: Now that the Warriors of Light have confirmed that Bahamut is once again active and the Crystal Tower has opened its mysterious doors for adventurers to explore its vast depths, can you – the heroes of this realm – stand together to battle these new dangers? Or will you head to the East where a new arena has opened for adventurer’s to put their skills to the test in combat against each other? 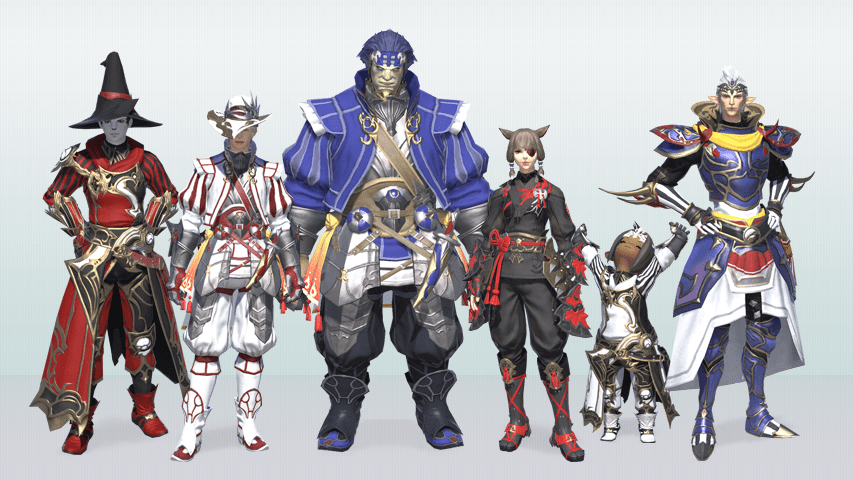 There are many new features included in this game, which have been detailed below:

The Crystal Tower
Reaching to the heavens, this massive monolith, long thought to be a legend from eras past, has been unearthed in the wake of the Calamity. What could be the purpose of this crystalline construct, and what forgotten relics now stir within its walls? Those who would unravel these mysteries must first win their way through the Labyrinth of the Ancients, the perilous maze that leads to the entrance of the tower proper.

Tackle this new dungeon with up to 24 players and do battle with the dark forces that have awoken within.

The Wolves’ Den
Named after a crew of Roegadyn Sea Wolves that first discovered this odd crucible-shaped island off the shores of Limsa Lominsa, this PvP Arena will soon open to all the Grand Companies of Eorzea, in the hope that the staged battles held here will raise the realm’s defences.

Housing
The Lavender Beds (Gridania), the Goblet (Ul’dah) and Mist (Limsa Lominsa) are the three distinctive residential districts of each of the city-states. Enjoy creating a unique base of operations for your free company members to call home. Purchase a plot of land and then start your build, with customizable fixtures for the house, as well as interior and exterior decorations and furnishings.

After purchasing a plot of land in one of the available residential districts, players can build an estate hall. The hall’s exterior can be customized by selecting from a variety of rooves, exterior walls, windows, and doors. Remodel the interior with everything from wallpaper to ceiling lights, and add a personal touch with a variety of furnishings and ornaments. Enjoy creating a unique base of operations for your free company members to call home.

Thornmarch
The Moogles are trying to resurrect their legendary leader, Good King Moggle Mog XII. Will the return of this mythical being pose a threat for the Warriors of Light?

Beast Tribe Quests
Learn about the beast tribes of Eorzea in these daily quests.

Treasure Hunt
Search for buried treasure with up to four players to obtain rich spoils.

Hildibrand, Agent of Enquiry
Nashu Mhakarraca, Hildibrand’s faithful assistant will need to muster up all her powers of deduction to unravel the many mysteries that beleaguer Eorzea. Unusual zombie activity in Ul’dah, you say? This smells like a case!

Pharos Sirius
This abandoned lighthouse, strikingly pierced by corrupted crystals, has been made the domain of the siren of Umbra. Adventurers must venture within and defeat the seductress and her legion of undead minions if this beacon of civilization is to shine once more.

Haukke Manor (Hard)
Copperbell Mines (Hard)
New dangers and formidable foes await those who would dare revisit and test themselves against the new hard mode for each of these dungeons.

Duty Roulette
The Duty Roulette allows players to enter instanced dungeons, trials and guildhests at random. There are four roulette categories, each of which can be selected once per day and adventurers can reap some great bonus rewards.

The Minstrel’s Ballad: Ultima’s Bane
Test yourself against the Ultima Weapon once more in this new hard-mode boss battle.

Main Scenario Quests
Where there is light, there will always be darkness. The beast tribes persist in their efforts to summon the primals. The once defeated Garlean forces resurface, harbouring renewed ambitions of conquest. And the baleful Ascians lurk in the shadows, their presence rousing dark forces long since forgotten.