Between late-September and late-October 2013, I found myself bogged down with a heavy stream of end of semester assignments and therefore unable to playtest or review either video games or anime releases. With some time on my hands I have finally managed to get around to completing a number of the titles released in this time period and over the next few days will be writing up a review for as many of them as possible! Fingers crossed this won’t be a recurring trend in future semesters.

There have been many ATLUS video games in the past that have never made it to international store shelves, the most notable of which being Shin Megami Tensei I and II on the Super Famicom. While their decision to continuously pass on this series has had my raise my eyebrows given the success of III and IV, the company’s Japanese branch recently remade and published 1997 Sega Saturn title Devil Summoner: Soul Hackers on the Nintendo 3DS. Featuring a number of new features from its original release, it brings with it the original storyline never before seen on the international market and its first-person dungeon crawling mechanics reminiscent of Persona 1. 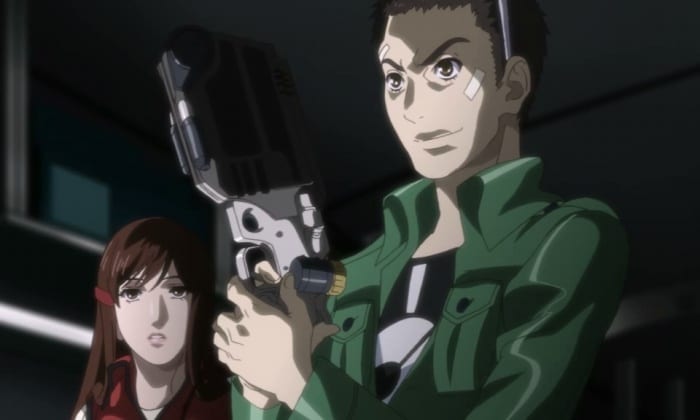 As with many Megami Tensei titles even today Devil Summoner: Soul Hackers pits the silent main protagonist as yourself, with the option to name him at the start of the game. The title is set in a futuristic society known as Amami City, a high-tech metropolis where every city has access to a high-spec, free computer and are reveling over the beta test launch of a new virtual world known as Paradigm X developed by Argon Company. The only way to access the beta is through a lottery, but you as a member of hacking group the “Spookies” manage to access the “Acceptance List” and replace someone elses ID with your own. However upon accessing the test everything changes: Your childhood friend Hitomi Tono is now possessed by a demon known as Nemissa, you have acquired the ability to summon demons through a gun-like computer (GUMP – or COMP for those who prefer classic terminology) and the Spookies and other allies must stand up against the looming threat posed by the Phantom Society and the demons that have appeared in the real world.

The idea of a threat from an evil organization and demons is nothing all that new in comparison to other Megami Tensei titles and overall the storyline can be bland at times. But in turn there are a few interesting ideas and things they did right in the mix. The virtual world idea was interesting for the time, especially with the few Vision Quest missions that offer you insight to a particular event through the eyes of a different character. I also liked how they didn’t forget about the other side-characters (Eg. Members of the Spookies) who were written with distinguishable personalities, development and weighted role in the events that take place. 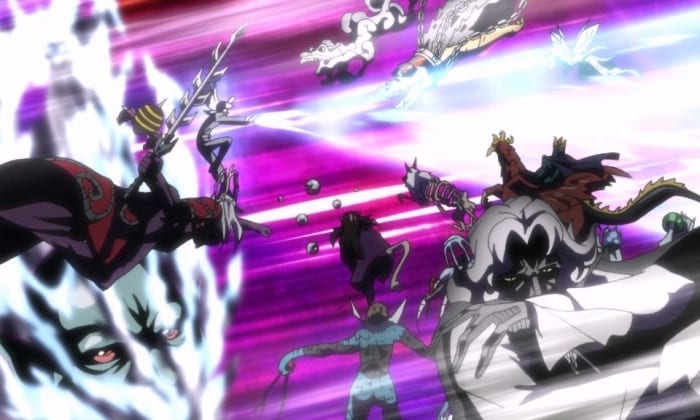 Given the age of the title, unless there were to be a complete remake of Devil Summoner: Soul Hackers, it was inevitably destined for a portable console. While lacking several mod cons of new RPG’s, it delivers a classic gaming experience and brings a set of new additions as well as old inclusions. The few animated cutscenes present in the game in addition to the new character portraits during dialogue were of a high standard and if this were a new title were up to the standard I would be expecting. Unfortunately they have done little to make the dungeon designs any more appealing than present in the original release, leaving Paradigm X to look less modern and technical than it could have been and the other dungeons forgettable.

The soundtrack however makes up for the shortfall, and impresses across the board from the J-Rock opening theme to the general themes which from what I can tell so far have been remixed from the tracks present in the original release. The voice acting is also a solid performance, and highlights that as one of their more notable franchises, ATLUS USA have gone the extra mile to ensure their localization is top notch. 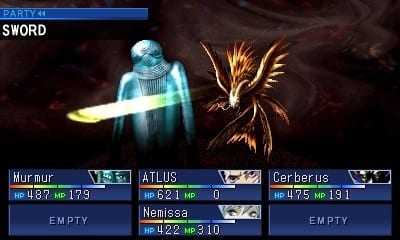 Devil Summoner: Soul Hackers features a gameplay system reminiscent of many earlier Megami Tensei titles, which have over the years been phased out by the developer in lieu of more modern tactical or RPG turn-based battle systems and 3D dungeons. Navigation around the game world primarily takes place on an overhead map, with set paths for you to travel down and many locations in each area to visit. Demon fusion is available on an ominous ship, armor, weaponary and items can be purchased in standard stores and there are dungeons / labyrinths pretty much hidden everywhere.

Dungeons on the other hand are less impressive to navigate, and without a map would almost be impractical. Dungeons are extensive labyrinths with many dead ends, and are delivered entirely in first person view. Random battles occur every few turns, and while they may not appeal to those who have become acquainted with the Persona 3 / 4 battle systems with a consistent stream of J-POP to encourage you to continue battling, offers a challenging experience with many more options than more modern releases. 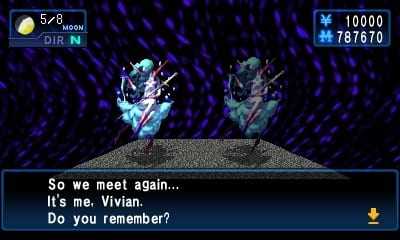 In battle you are given control of the Protagonist, Nemissa and any other demons you spawn depending on the magnetite you are carrying on you at the time of battle (An independent currency used solely to summon demons and maintain them in the real world from your GUMP). Fighting takes place through taking advantage of your enemies and own strength’s and weaknesses in consideration with the abilities of your team. You can choose to either command each individual demon, and if their loyalty is high enough they will obey, or otherwise let them make the decision on what action to take – which may or may not work in your favor. The other option is to navigate the TALK commands and input the right responses to have the enemy either flee, provide you with an item / MAG / funds or provided your level is high enough, join your party. Each demon has a different personality and series of dialogues which provide a different conversation with each one you face off against.

Another nifty feature surrounds the GUMP, which during your journey can be fitted with different applications acquired to fulfill different needs. These abilities can give perks ranging from being able to save anywhere to increasing item drop rates. None (At least until New Game +) are particularly game breaking and given not all of them can be installed, can offer a considerably different experiences dependent on your requirements. Devil Summoner: Soul Hackers also features StreetPass functionality, which provide D-Souls that can be traded in to a demon named Nemechi to either level him up or trade in for a number of unique demons. Nemechi’s different forms are rather cute as well – ranging from a a Cat form to Dango form (Yes, THIS form of Dango). 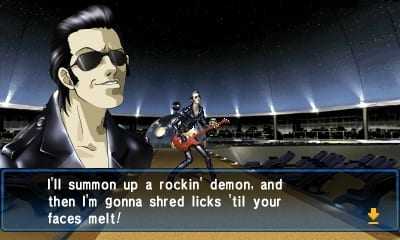 Shin Megami Tensei: Devil Summoner: Soul Hackers is a solid enhanced port of a title more than a decade old, and while some of the gameplay mechanics such as the first-person dungeon crawling system may not appeal to all gamers, it offers much in terms of challenge and an extensive listing of demons to recruit, fuse and summon. While I wouldn’t have considered it the most important localization made by ATLUS USA in recent years, it is still good to see that they are considering their older titles to be released internationally for the first time.