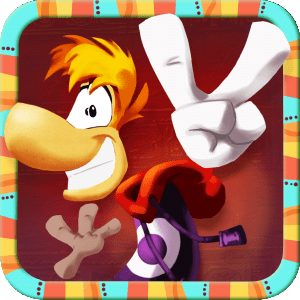 It has now been more than a year since Ubisoft released the hit iOS game Rayman Jungle Run which saw them walk away with major accolades on the Apple App Store and an A- grade during my review of it in September 2012. Following the release of Rayman Legends a few months back, Ubisoft decided to follow up with another “always running” platformer under the title Rayman Fiesta Run.

Leaving the forest behind, Rayman Fiesta Run provides a new wackier “fiesta” inspired world filled with many zany food and party inspired visuals, complex level designs and everything else that has made the side-scrolling Rayman console and mobile games a blast to play. But while initially feeling similar to its mobile predecessor, Rayman Fiesta Run packs a few new features that are sure to appeal to returning and new fans alike.

The core concept behind Rayman Fiesta Run remains the same. As either Rayman, Globox or one of the Teensies you must make your way from one side of the course to the other, while almost always on the move requiring relatively speeding responses. But making your way to the end of the course is only half the battle, with the requirement to collect as many of the 100 golden lums per course in order to rescue the four teensies trapped in the stage. Through rescuing them, you gain an extra dot on the world map which eventually unlocks different sets of stages, bonus artwork, new character designs or even one of a few new abilities to use during the levels.

Similar to Rayman Jungle Run, Rayman and his friends can only jump initially and are required to unlock the different abilities as you progress along the world map. While not necessary to complete an earlier level with 100% lum collection, they can be used in earlier stages and can at times make it a bit easier to acquire perfect completion. 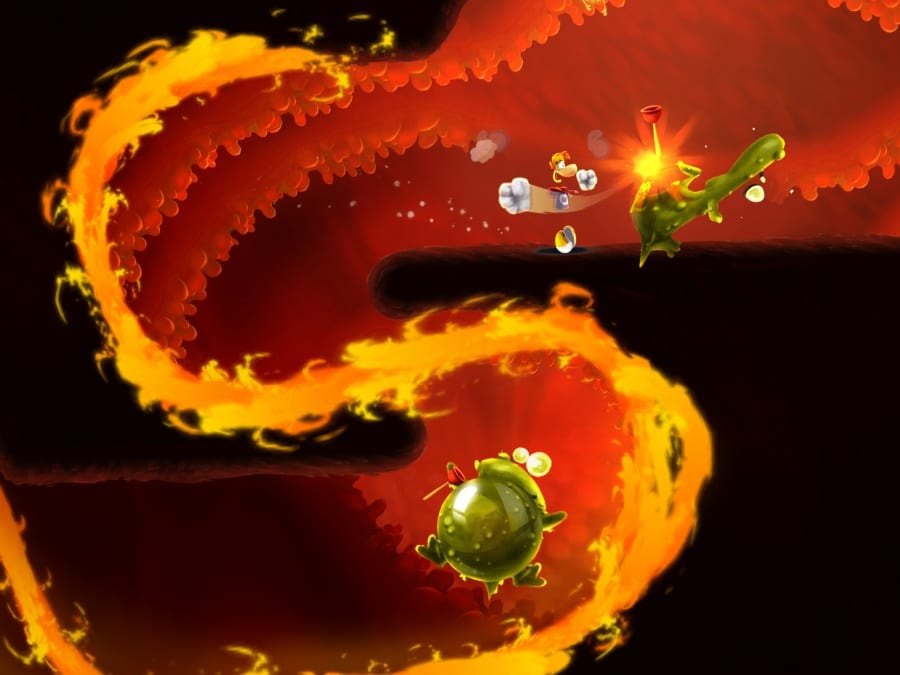 Similar to Rayman Legends, Lums are pooled together to create a cumulative total. While you cannot use them to purchase alternate character designs which are instead locked through the world map, you can use these to purchase additional abilities to help you through a particularly tough stage or one you want to complete perfectly. These bonus goodies range from additional “hearts” (As characters have no health bar), ranged punches and a mysterious gust of wind which leads you through the optimal route for the course. While it is something that I would have liked to have seen offered only after I had at least made an attempt at a course, it was good to see that Ubisoft was catering to a wide audience without resorting to charging real money to unlock such goodies. These goodies do however only last for one turn, meaning that a mistake without familiarity of the course can lead to lost lums.

On the other hand, for those who manage to complete a course perfectly an Invasion Mode for each will be unlocked. This new gameplay mode increases the difficulty considerably, and in return for another 100 lums and four teensies up for grabs there are many more hazards and often a completely new route for you to follow. These require you to think even faster as even a single incorrect jump can mean being sent back to the beginning – while the standard mode does leave much more leeway. There are also a small number of stages that act as “boss stages”, where foes appear on the map and can do anything from following Rayman to throwing obstacles in his path, which add another degree of challenge to gameplay – even if they don’t appear nearly as much as they should. Both of these new gameplay modes were enjoyable, adding variety to what could have otherwise been a reboot of Jungle Run with a few new visual designs and a couple of new level ideas. 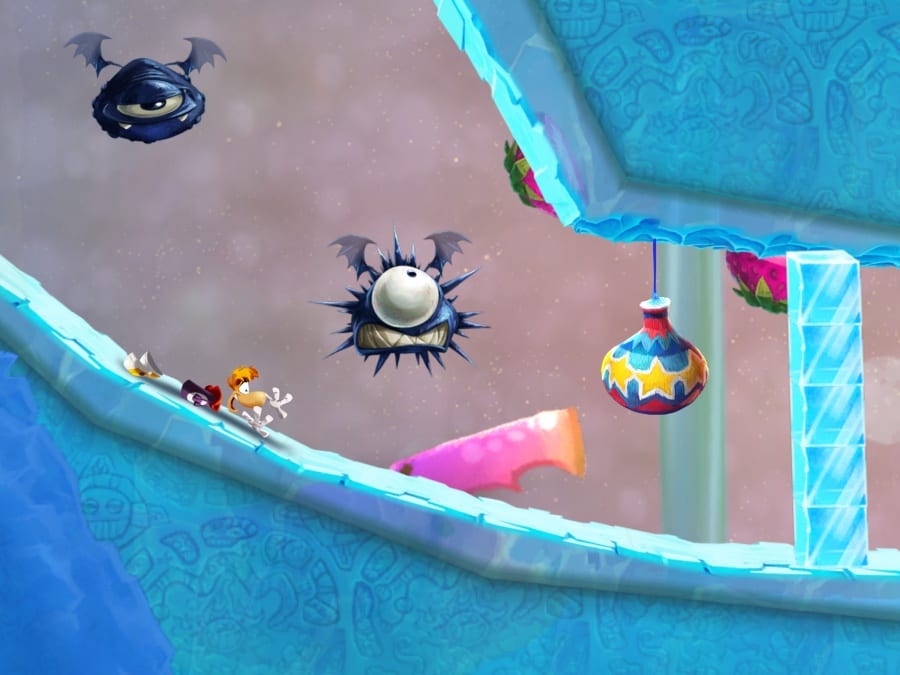 The biggest hindrance to the gameplay would inevitably the beautifully designed, food and fiesta themed visuals that can easily draw your attention away from the task at hand and lead you stumbling into a set of spikes in plain sight. However once you manage to train your brain not to look at every visual, the level designs are varied, creative and don’t rely on the same few tactics time and time again. Given each of the stages are only a minute or two long apiece, it isn’t imperative that you complete the stage perfectly the first time around and instead becomes more inviting, I feel, for the mobile gaming market and perfectionists alike.

While Rayman Fiesta Run remains no alternative to the home video game console releases which have continuously scored highly in my reviews, this release highlights what a good mobile game adaptation should be – a simple idea that can be played for a either few minutes or longer periods and is both visually appealing and enjoyable at the same time. While there are several “running” games on the iOS App Store, Rayman Fiesta Run is certainly a highlight among them.