Xbox Music Heads to iOS and Android Devices, Streaming on the Web 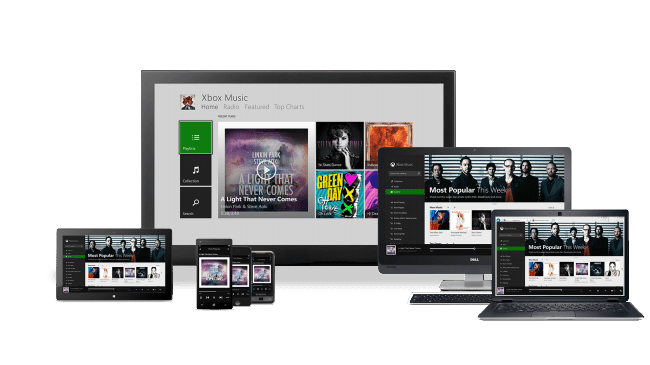 With the service nearing its one year anniversary, Microsoft have confirmed its Xbox Music service will be extended to support both iOS and Android devices as well as including free streaming on Xbox Music via the web. Jerry Johnson, General Manager of Xbox Music had this to say on the announcement: “Xbox Music now, more than ever, powers music experiences between Windows 8, Xbox, Windows Phone, and now iOS, Android and the Web. We’re also excited to connect artists with their fans on the most anticipated consumer product of the year when Xbox One launches Nov. 22.“

Starting today, your Xbox Music Pass brings the catalogue of music to iOS and Android devices. Get unlimited access to the songs and artists you want at any time with playback across your tablet, PC, phone and Xbox console for AUD$11.99 per month or AUD$119.90 per year. Add a song to your collection on your Xbox, and you’ll also have that song on your iOS, Android or Windows 8 device on the go or at the office. Xbox Music Pass also unlocks unlimited access to tens of thousands of music videos on your Xbox 360.

For those who don’t mind advertisements and limits on the number of hours after six months, free streaming via the web offers on-demand access to 30 million songs via the Xbox Music Web Player or through the Xbox Music app on all Windows 8 tablets and PCs. Discovering and enjoying free music is as easy as typing an artist or song name and hitting “play.” Songs are instantly available to stream at no cost and for you to create an unlimited amount of playlists.