Natsume Showcase the Talent Behind Hometown Story Alongside New Screenshots 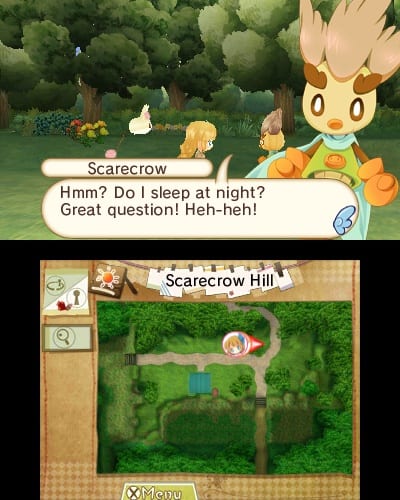 While the next Harvest Moon moon game lies in the hands of XSEED Games / Marvelous USA instead of Natsume who usually is behind the North American publishing of the game, don’t expect them to not deliver games of a similar caliber. Set for release later this year is Hometown Story, where instead of inheriting a farm you run your recently passed grandmothers store.

Natsume have this evening shared profiles on a number of the key staff involved in the game, which you can find out more about below:

Yasuhiro Wada || Director of Harvest Moon and Father of the Harvest Moon Series
Wada’s name is truly synonymous with the Harvest Moon series, but he’s also the designer behind several other popular game projects.  Wada’s own personal life helped to inspire the new IP.  As a young boy, he grew up in the countryside, but dreamed of going to the big city to create video games. Having become a successful developer, he began to realize how much he missed the quiet, simple life that the countryside represented, and began crafting a game around the concept of this nostalgic life.

Atsuko Nishida || Art Design
The graphic stylings are courtesy of Atsuko Nishida, the woman behind numerous Pokémon designs, including Pikachu! Other credits include many of the main cast of the anime, including Ash, Misty, and Brock.  Now her designs include Pochica, the cute flying fluffball that accompanies the main character on their journey as a shopkeeper.

Nobuo Uematsu || Music Composition
Hometown Story also boasts a unique yet hauntingly familiar sound, courtesy of Nobuo Uematsu.  Known for his work on numerous game titles, he’s responsible for the iconic sound behind the Final Fantasy series. Uematsu is a self-taught musician who never dreamed of being a full-time artist, and has performed in bands including The Black Mages and the Earthbound Papas.

Hiro Maekawa, President and CEO at Natsume Inc.had this to say on the talent enlisted to develop this game:

We’re excited and privileged to be working with so many giants of the video game industry, and can’t wait to see what players think of the game. With Hometown Story’s release coming up quickly, our fans won’t have to wait long to experience a very unique game!

Hometown Story takes players to a fantastic world filled with color and hope. The recent passing of your grandmother and the shop you inherited has brought you back to your hometown. However, the shop has become run down, and no one wants to even window shop there anymore. Can you turn the shop around and even expand it, or is it destined to stay in the red forever?

You won’t have to go it alone, though. You’ll get help from a magical sprite name Pochica, who will help you get the store back up and running, and introduce you to all of the unique characters who reside in the town. The villagers will all change and grow throughout the game, and that person who you thought might be up to no good when you first met them just might have a heart of gold! You’ll never know what to expect in Hometown Story!