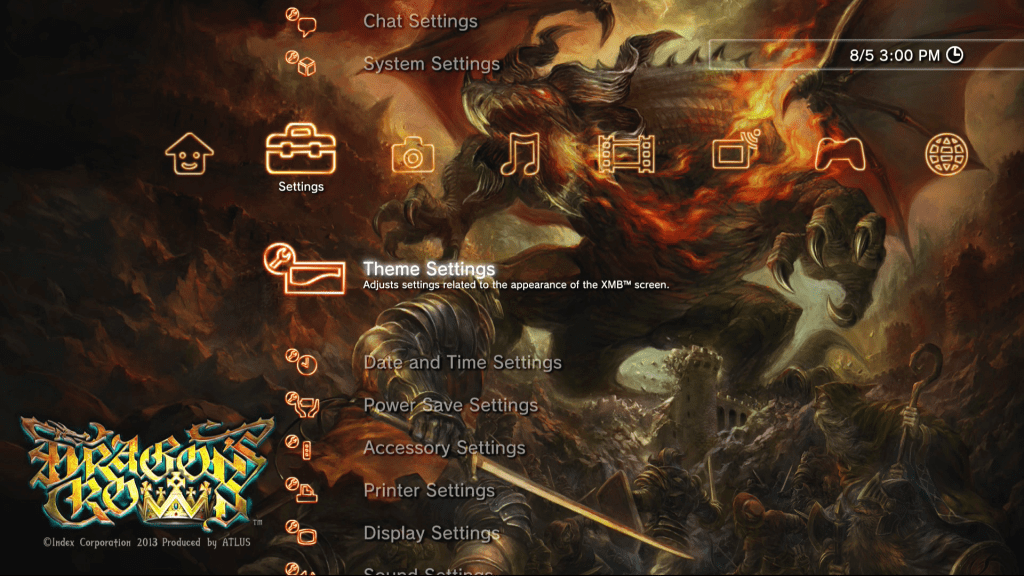 The paths that lead people into this land are manifold and varied, but they share a single goal. Now you have journeyed here to brave the dangers of the monster-ridden dungeons. Daring adventurers from far and wide have come to face the labyrinths on the outskirts of town, and you are joining their ranks. You must first gather a strong party. No one adventurer will be able to overcome these trials alone. Let us begin your journey…I wish you good luck.

Additional Dragon’s Crown DLC will be free for the first month. The DLC comes in the form of a voice pack that replaces the narrator’s voice with any of the six playable character classes. The voice pack is a $1.99 value and will revert back to that price a month after the launch of Dragon’s Crown. A Dragon’s Crown theme (Pictured Above) is also available for the Playstation 3 for $1.99 beginning today. Later this month there will also be a set of seven Playstation Network avatars published on the store as well for $0.49 each.