Pokemon Rumble U to Launch on Wii U Late-August

The Pokémon Company International alongside Nintendo have today announced their plans to release Pokémon Rumble U on the Wii U from the 29th August 2013. Available exclusively via the Nintendo eShop, this has been developed to be a fun-filled action game featuring a tale of great adventure featuring Toy Pokémon, beginning when a delivery of Toy Pokémon is swept down a river and washes up on a strange riverbank.

Our bewildered Pokémon heroes set out to find their way back to the Toy Pokémon Shop. Along the way they discover all is not right. Players will learn why some of the Toy Pokémon are fighting each other, and what the enemy Pokémon are plotting. Featuring all 649 Pokémon through Pokémon Black 2 and Pokémon White 2, and with hundreds of moves to master, Pokémon Rumble U should hopefully provide hours of entertainment for new and old Pokémon fans alike. 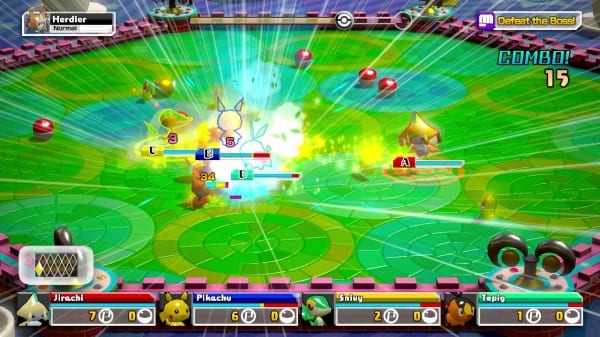 Pickup and play controls will allow players to jump in and play solo, or with friends, as they accompany your Pokémon heroes on their quest to return to the Pokémon Toy Shop. They will pass through a variety of fun-filled locations, like Sparkly Playland, Mysterious Forest, and Blue Sky Park.

In Pokémon Rumble U, the more Pokémon you defeat, the more Pokémon you can befriend. Different types of Pokémon have different strengths and weaknesses, so players will have to think of which Pokémon would be best in battle. Other surprises and pickups will crop up along the way—which will help strengthen the team, restore health, or cause damage to the opponents. Pikachu and friends will encounter giant Bosses, and players can even use the Wii U GamePad controller to set off Touch Blasts when faced with many Pokémon in battle at once.

Up to four players can enjoy multiplayer battles featuring cooperative play to defeat the strongest enemies with team work or friendly competitions to see who can defeat and befriend the most Pokémon at one time. One controller needed per player. 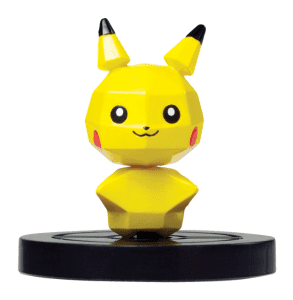 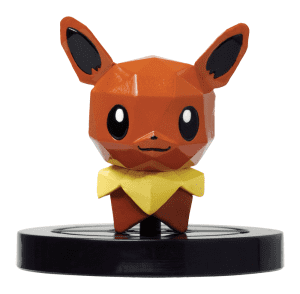 The game is set to make use of Pokemon Rumble U NFC (Near Field Communication) Figures which you can link up with the game using the Gamepad. To be sold exclusively in North America via Gamestop starting upon the games launch, the Pokemon that show up in the title by using an NFC figure can grow stronger by using the coins you receive in-game. Players can even change moves or add a Special Trait to their NFC Figure so it can be one of their most dependable allies in the game.