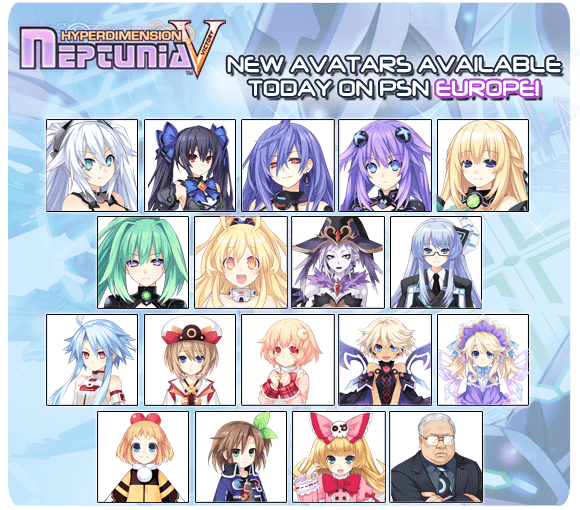 After receiving the short end of the stick for the last couple of months when it comes to NIS America’s PSN avatar releases, the company have today confirmed that eighteen new avatars are now available for purchase based on characters from Hyperdimension Neptunia Victory.

Options as shown above include several of the CPU goddesses, child-forms of Compa and IF and some of the new characters including Peashy, Yellow Heart, Abnes and Mr. Badd.