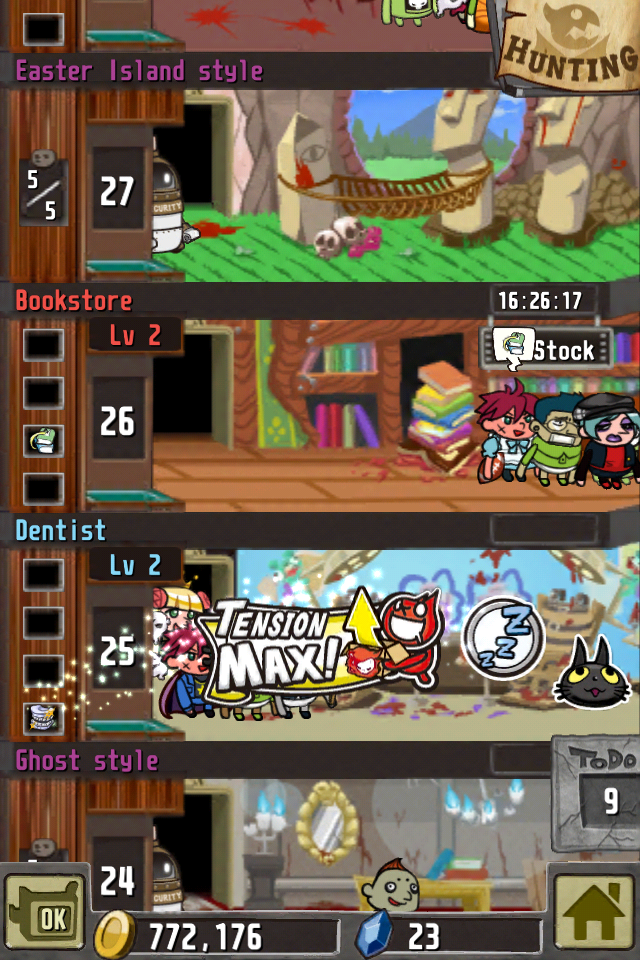 The team at GungHo Online Entertainment America have today announced their release of hybrid mobile tower-building simulator Freak Tower on both iOS and Android devices. The app is an off-the-wall tower management game that tasks players with controlling a tower filled with bizarre deviants and defending their tower from a variety of monsters.

A combination of the popular building-management and tower-defense genres, Freak Tower features a wild and colorful environment with a quirky cast of oddities. With the threat of an ancient evil lurking, players take up the role of landlord and must defend their offbeat tenants from the occasional prowling monster bent on destroying their tower, all while improving their building, managing the businesses within, and keeping the crazy tenants in line.

The eccentric tower tenants are all completely customizable – with clothing options from geisha to mummy to cowboy, there is sure to be something for everyone. Players can even customize their weapons and accessories to outfit them with dynamite, tasers or even flower bouquets. A tower is only as good as its workers, however, and players must pay attention to tenant job strengths and assign work properly in order to maximize profits and open new businesses so that their tower may flourish. Landlords also have the opportunity to raise monstrous pets, which can potentially evolve into freakish beings including the Pyromaniquack and Squirrathlete that can be used to assist tower businesses.

As players progress through the game, monsters – some recognizable from classic film lore – will attack the tower from time to time. It’s up to the building’s citizens to defend their home from certain doom by throwing whatever they can find lying around. Players can assist their stalwart tenants by dropping bombs, nets, and other weapons from the roof. As monsters are defeated, shops level up and unlock valuable new goods. Players who effectively manage their insane tenants will be successful, but tower dwellers’ actions aren’t always predictable. Players will have to keep an eye out for random incidents between tenants – ranging from full-fledged sword fights to wildly inappropriate flirting. Maintaining the peace comes with cash rewards that help players keep building.

Freak Tower is fortunately free and assumingly supported by a cash shop system. You can now download it through each the US and Canada based App Stores (iOS) and the Google Play store.