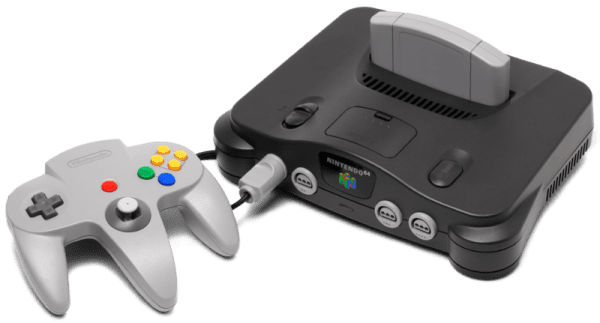 The machine pictured above, the Nintendo 64 was a fifth generation home video console that served as an entry point to many my age to the world of home console gaming, something which ever since has never left me (Duh! I write reviews and articles on the games). To be openly honest, at the expense of missing several great games on the Sony Playstation and Sega consoles it remained until the release of the Nintendo Gamecube several years later my only video game console with the exception of my trusty Gameboys (Ranging from the giant brick model to a special edition Pokemon colour model).

There were several games on the console which have been receiving sequels even today while other brilliant series have been ended well before their time. I would like to take the time to write a list of my five top games for the console and reminisce about why they were so good and the occasional fond memory. These are games which might not make it into everyones top lists but are games I believe the developers would be good to consider working with in the future if they have not already, from re-releases on current-gen consoles to modern sequels which capture the charm of the original games. 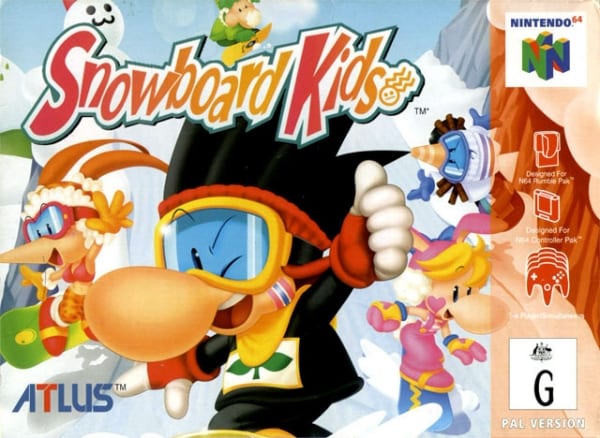 Developed by Racdym and released by ATLUS in late-1997 (Japan) and early to mid 1998 in US and PAL regions, the Snowboard Kids games on the Nintendo 64 could easily be called my favourite games on the console and while they may not have won in any respect to the big AAA titles on the market such as Super Mario 64 and The Legend of Zelda: Ocarina of Time, offered some of the best competitive racing the console had to offer.

My first game for the console as a Christmas present was Mario Kart 64 and for the next month or two until we acquired Super Mario 64 it was used well and played for at least a couple of hours daily. My enjoyment of competitive racing games such as this continues even to this day and at my old university’s gaming society, Mario Kart Wii was a frequent appearance. However while games like Mario Kart 64 were really good games and may be added somewhere else in this list for that purpose, Snowboard Kids and its much improved sequel Snowboard Kids 2 offered something a bit more complex and competitive which inevitably won me over – and even today I will break out the games and play them with my family. While other competitive racing games usually involved driving around in a kart or other vehicle occasionally firing weapons at each other, Snowboard Kids took all that and offered just that little bit extra.

Some features of this game which won me over included:

In 2005, ATLUS released a reinvented game in the series for the Nintendo DS entitled SBK: Snowboard Kids, which featured some of the same character albeit older and the same core gameplay but at the same time removed and added several features and dropped the super-deformed anime-seque style of design – something that unfortunately did not win me over. Personally I would love to see ATLUS release these two games on either the virtual console (Wii or Nintendo DS) or (As the first game was released on the Playstation 1 as Snowboard Kids Plus), maybe even a re-release on the Playstation 3 or Playstation Vita. I have a feeling we may not see another game in this series but I wouldn’t object to another one that respects the work of the original two.

This is but the first of five games I will be writing up these small articles on, so I hope you will join me when I summarize #2 on my list.