Every year, The Arts Centre Gold Coast offers a varied season of more than a dozen distinct offerings. Each line-up encompasses a range of show options, from regular theatrical productions to ballet and orchestra performances. Especially over the last few years, one highlight of each season as been their annual stage musical. Hosted each June, their past performances include a respectable season of Jesus Christ Superstar in 2014, and an impressive production of Miss Saigon in 2015 (★★★★½). While their past productions have been targeted towards a more mature audience, 2016 has seen the Arts Centre put on a musical the whole family can enjoy – Mary Poppins: The Broadway Musical.

Having just waited twelve months for The Arts Centre Gold Coast’s next musical to arrive… was the wait worth it? Read on to find out!

A Classic Story Revamped and Brought to Life on Stage

Mary Poppins is a beloved film which many of us over the past half-century would have watched at least once, if not several times. I would recommend not going into this musical expecting a recreation of the film, or the cast simply trying to match the performances of Julie Andrews and Dick Van Dyke. Although this musical does certainly borrow plot concepts and songs from the film, it delivers its own narrative which in my opinion is more cohesive, well paced, and suited for a two hour stage adaptation.

Mary Poppins once again introduces viewers to the Banks Family, whose character traits haven’t changed much from the film. George Banks once again has a poor bond with his children and is heavily work-oriented, while both Jane and Michael Banks are troublesome youth who have run many nanny’s out of their household. The family is completed by Winifred Banks, who receives significantly greater prominence in the musical, and their eccentric servants Mrs Brill and Robertson Ay. As you would expect, the winds change, bringing Mary Poppins into their living room. Hired within moments, Mary is ready to bring order to not only the children, but the entire family dynamic.

The plot in this musical adaptation of Mary Poppins quickly deviates from what many would be familiar with. The scenes in the bank for example are brought forward into the middle of Act 1 and play a pivotal role through the remainder of the story. On the other hand, characters (albeit amended for the stage) from P.L. Travers’ original novels including Mrs. Corry and Miss Andrew have a role in the plot.

With new songs, old songs which have been (often) extended for the stage, and a variety of plot events for viewers to explore – this musical ended up being very well structured and provided a consistently magical experience from start to finish. Everything presented felt coherently structured and purposeful, with most songs and scenes contributing something to either the overall narrative or development of the main cast. 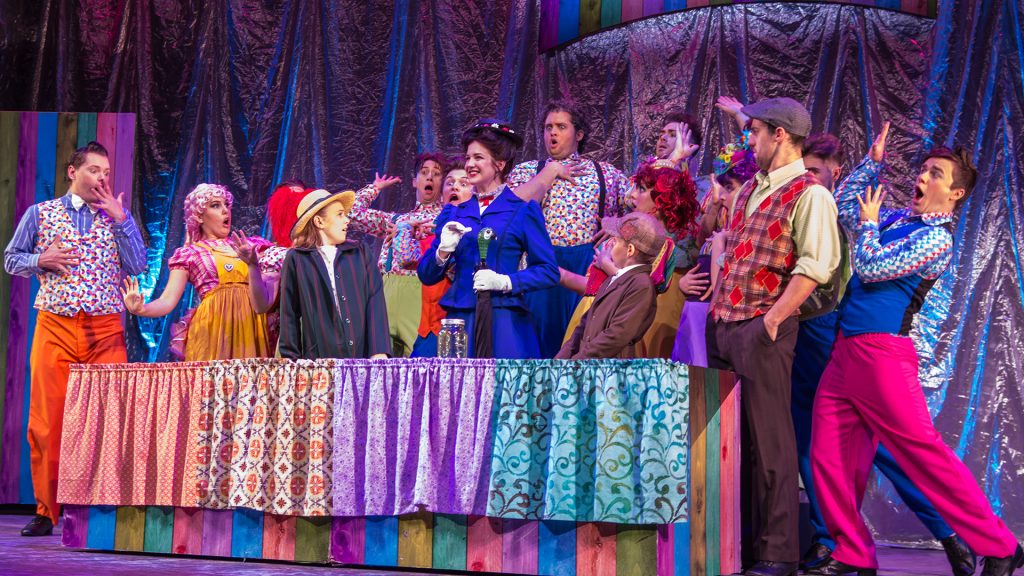 The Arts Centre Gold Coast’s production of Mary Poppins features a range of talented local performers in both main and ensemble roles. Headlining the cast is Georgina Hopson, who gained my attention last year through her involvement in Harvest Rain’s productions of The Pirates of Penzance and Into the Woods. Her role as Mary Poppins was almost flawless from my perspective in terms of both vocals and acting – and more or less delivered in every aspect I would expect from the character. Hopson is joined by Max Patterson as Bert, who managed to consistently impress as easily the most diverse character onstage.

Mary Poppins makes use of two sets of children, who perform during alternate sessions. Taking on the role of Michael Banks is Michael Fryer and Elijah Fern, while Jane Banks is portrayed by Jamieson Schmitzer and Elysium Hipwood. Having had the opportunity to see all four children perform, I cannot find any way to fault their performances. I could envision them all having bright futures in the industry.

The remainder of the main and ensemble cast provided a consistently enjoyable experience. One special mention must go to Kirri Adams as the Bird Woman, whose rendition of Feed the Birds sent chills down my spine. Another must go to Deborah Leigh-Russell, who managed to portray exactly what I would expect from Mary Poppins’ polar opposite. Both Stephen Hirst and Carla Tooma also provided many memorable moments as George and Winifred Banks. Finally, it was great to see that the creative team opted to involve the young Jack Terrier, Edward, in this production. Over both shows I saw, it was clear that Edward was well trained for this role, and added more realism to the few scenes he was featured in, especially compared to them using a puppet. 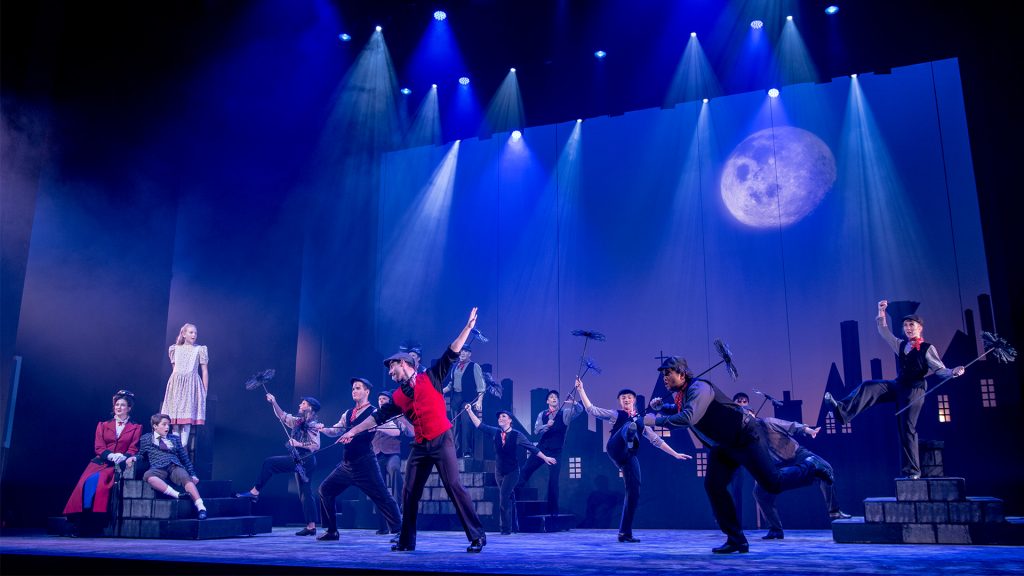 Mary Poppins features a lot of familiar songs, many of which have been altered and/or had their positions in the plot changed compared to the film. The renown song Supercalifragilisticexpialidocious, for example, takes place in Mrs. Corry’s Talking Shop late into Act 1, and has a greater focus on conversation and spelling the word than the characters telling stories about how they have used the word. The song, when combined with the overall scene, also has a lot more value to the actual story. Songs such as Feed the Birds, Step in Time and more have received such adaptations, and in most cases were more enjoyable than the originals

This musical also features a range of new songs which tie right in with the themes and tunes fans would have likely come to expect from this adaptation. These range from songs like Practically Perfect which were originally created for the film and brought over, to completely new songs like the memorable “finale” song Anything Can Happen, and Precision and Order which amply suits the bank setting.

The entire show was choreographed by Troy Phillips, whom delivered a standard of work I was expecting follow the Arts Centre’s previous productions. I am still left wondering how the cast, even with potentially months of rehearsals behind them, managed to almost perfectly and synchronously perform the hand gestures required by Supercalifragilisticexpialidocious.

While issues were promptly resolved, I did notice a couple of audio problems, especially during the show’s second session. Some of the more minor issues were there being a few crackly moments and times when vocals were overpowering and excessively loud. More infrequent yet noticeable issues included a short period where the audio of (I presume the children’s microphones) was activated while they were backstage, and another scene where Mr. Bank’s audio cut out entirely for several seconds. Nothing major, but here’s hoping they fix these issues by the time Thursday rolls around for the final run of shows. 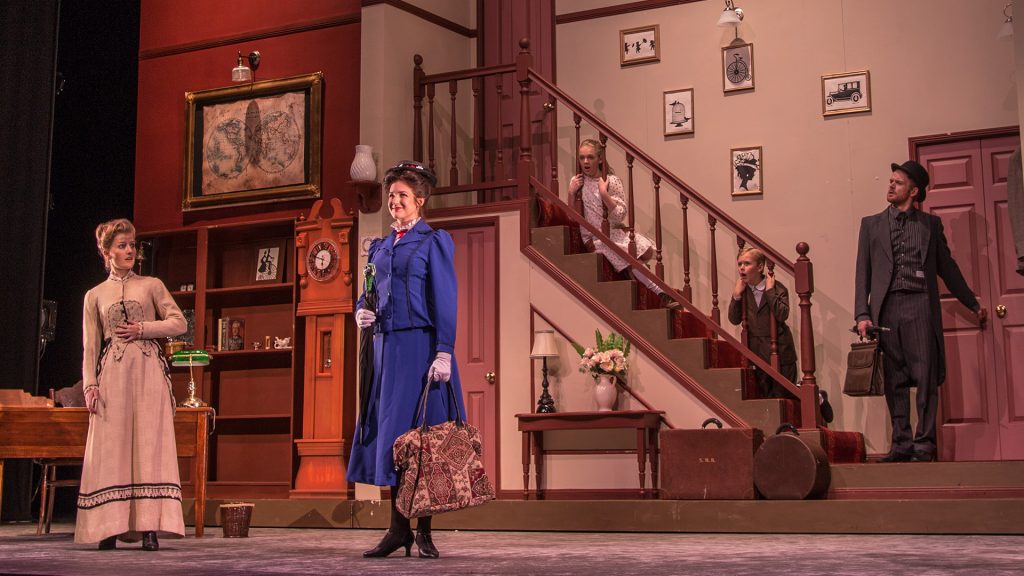 When The Arts Centre Gold Coast first announced their plans for Mary Poppins in November 2015, I remember the following being said by Programming Director Brad Rush:

And yes… Mary will fly, Bert will tap dance around the Proscenium Arch, and we will sing along to ridiculously long made up words.

While the third point mentioned might be enough justification for older theatregoers to avoid the matinee sessions (I had what sounded like whole family singing next to me), it was great to see that they managed to not only have Mary Poppins fly, but Bert was able to tap dance around the Proscenium Arch. While I am sure a lot of effort when into ensuring that Max Patterson was able to accomplish this feat, I think the loud cheers from the audience made it worthwhile.

Although they may not be up to the same standard as those utilised in the Disney Theatrical Productions run of Mary Poppins many years back, for a show with only eight performances, the set designs greatly exceeded my expectations. Most impressive was the Bank’s household, which opens and closes like a doll house, meaning scenes can take place both in the Bank’s living room and outdoors. This, and other commonly used sets such as the nursery were well detailed, but also didn’t require much time to transition between. Some of the minor scenes however use props dropped down from the ceiling or dragged in from the wings. While they don’t hide all of the transitions, there is often enough taking place so your attention is drawn away from major set changes. 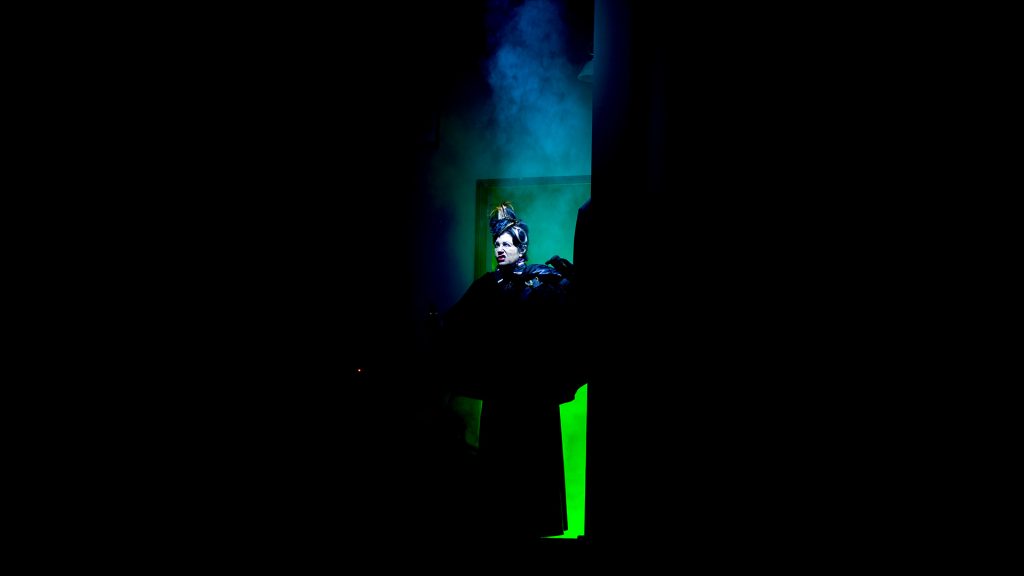 While I don’t think that Mary Poppins manages to topple Miss Saigon as The Arts Centre Gold Coast’s best in-house musical production to date, it is in my opinion still a fantastic choice for both families looking for an afternoon out at the theatre, and theatre fans looking for something fun to attend this coming weekend. The Arts Centre may have had great source material to work with, but from my perspective it was their casting/creative team choices and clear effort which helped make this a stand-out performance.

It is once again just a shame that Queenslanders will probably have to wait another year until the next in-house stage musical is presented in the Arts Theatre.

A complementary ticket to see Mary Poppins was used to attend opening night at The Arts Centre Gold Coast. I also saw Mary Poppins on Saturday 18 June 2016, starring the other group of children, which I funded out of my own pocket.

Please note that this review and its final score takes into consideration that this is a local production, rather than one which travels the country.

As of writing, there are four more sessions of Mary Poppins for the public to attend. These will be held on Thursday 23rd June at 6.00pm, Friday 24th June at 7.30pm and Saturday 25 June at 1.00pm and 7.30pm. Tickets are priced between $42-65, dependent on concession/student/child status. Bookings can be made online or by calling their box office.

The Quick Brief
While I don't think that Mary Poppins manages to topple Miss Saigon as The Arts Centre Gold Coast's best in-house musical production to date, it is in my opinion still a fantastic choice for both families looking for an afternoon out at the theatre, and theatre fans looking for something fun to attend this coming weekend. The Arts Centre may have had great source material to work with, but from my perspective it was their casting/creative team choices and clear effort which helped make this a stand-out performance.

It is once again just a shame that Queenslanders will probably have to wait another year until the next in-house stage musical is presented in the Arts Theatre. 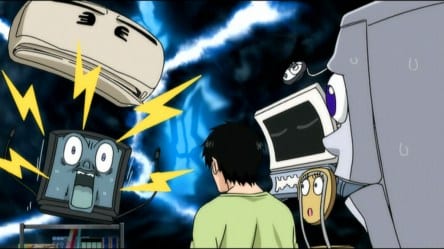 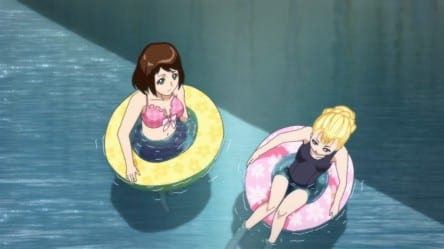