While I am aware that this is technically the odd-category-out when it comes to the range of topics covered on The Otaku’s Study, it has been an absolute pleasure being able to cover Australian theatrical productions this year. One of my greatest passions in anything I cover on this site is the storyline, and along with video games and anime, theatre is a great place for creative tales to unfold infront of the viewer. As this is the newest section of the site, I have decided to kick off my “of the year 2015” awards by listing my top three theatrical productions in 2015.

Residing in Queensland and not having the time or funds to travel the country and review a great number of the performances held across Australia this year, it has only been possible for me to review only some of the major and minor productions held in 2015. Therefore, I have set the following rules for my qualifying productions this year:

Without further ado, these are my recipients for 2015:

Just before we get into the award recipients, I would just like to give special mention to three productions which narrowly missed out on receiving either a bronze, silver or gold trophy.

I would first like to give a special mention to Anything Goes, which was performed by Opera Australia at the Queensland Performing Arts Centre (QPAC) starting in August for a limited season. With an eye-catching tap number, a lot of personality and a fantastic choice of cast, this was one show which immediately compelled me to see it again.

The second show is The Arts Centre Gold Coast’s production of Miss Saigon, which I would say was the closest of these three shows to receiving the bronze award this year. Surpassing everything they had achieved with their 2014 musical production of Jesus Christ Superstar, this was a professional-quality production which highlights that even regional venues can put together fantastical musical productions which can rival that of those which travel around Australia.

My final special mention must go to The Confidence Man, delivered by Side Pony Productions. To describe this show in one word, I would use “unique”. With audiences sitting around the stage, six audience members are given a mask, headset and (in some cases) a prop, and are tasked with following instructions given to them as they become their respective character on stage. Guests on the other hand are given their own headsets which allow them to tune into the inner monologues of the six characters on-stage. Having participated as one of the six cast members, it was one of the most memorable experiences I have had attending the theatre. 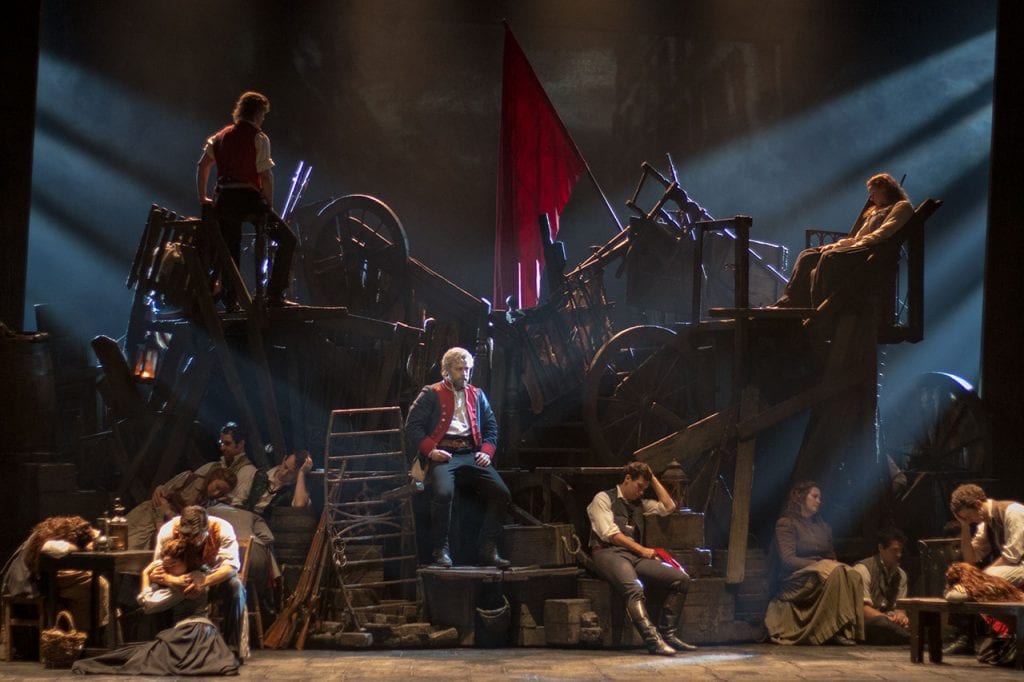 It was very hard to choose which title deserved to take out Bronze this year, however in the end it was hard to pass up the recent Australian production of Les Misérables which began at the QPAC Lyric Theatre in November. Given the show is celebrating its 30th Anniversary, it should come as no surprise that its storyline is fantastic. But what makes this production worthy of the bronze award is its fantastic cast (Featuring the likes of Simon Gleeson, Hayden Tee, Patrice Tipoki, Trevor Ashley and many others) and brilliant set.

Les Misérables will be held at QPAC until mid-January, when it will be headed overseas. 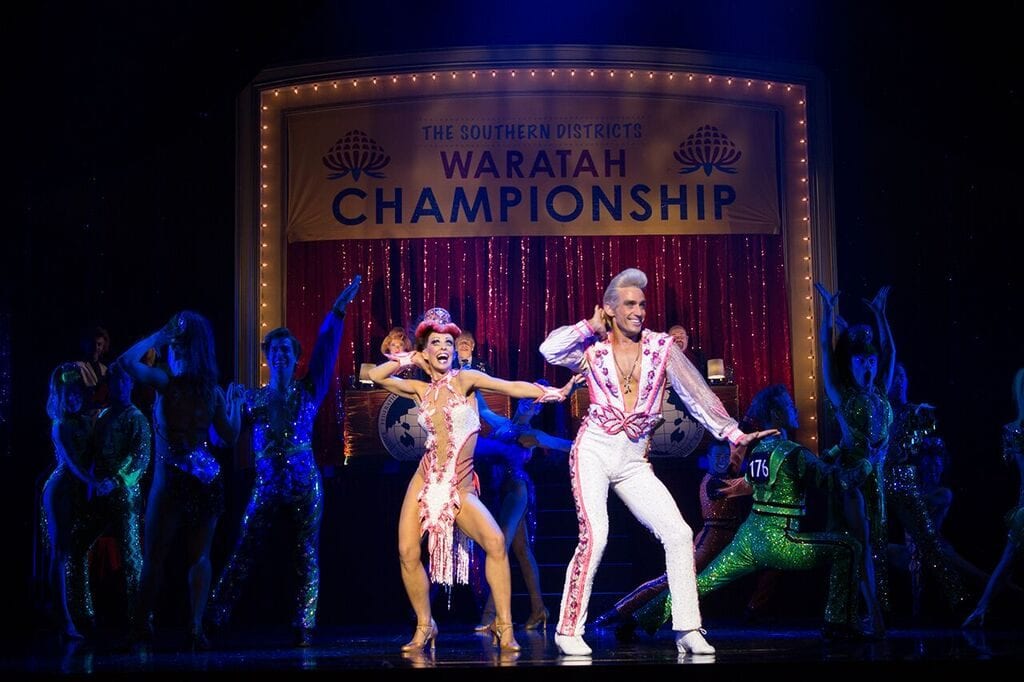 I usually only have the opportunity to see a show a maximum of two times, due to both budget and time constraints. Strictly Ballroom the Musical was the only exception this year where I saw it thrice, once in Melbourne and twice in Brisbane. To be honest, it is one of the few shows I think I could see a couple more times and still find something new to enjoy out of it. While Strictly Ballroom the Musical has received some mixed reviews, I found it to be incredibly hilarious and unique while delivering a consistently high standard of vocals and dancing. It took a classic 90’s film and gave it new life – and was not just a simple port from film to stage.

The biggest issue with Harvest Rain’s production of The Pirates of Penzance in my opinion was that it was only on at QPAC’s Concert Hall for a mere four days. Its short runtime is a shame, as this is the one show quite a few people I know are disappointed about having missed out on seeing.

Directed by Simon Gallaher, this is not the classic The Pirates of Penzance regular theatre-goers might be familiar with. In fact, it could very well corrupt your opinion of the classic Gilbert & Sullivan release. Packed with comedy, modern references, fourth-wall breaking, a curtain call remix and more; this was a greatly modernised version of the already entertaining Essgee Entertainment adaptation from the 90s which you can still find (and I highly recommend picking up) on DVD. While the director performed next door as the Wizard in Wicked, taking the stage in this production was (then) newcomers Georgina Hopson (Mabel) and Billy Bourchier (Frederic), alongside Andrew O’Keefe (Pirate King), John Wood (Major-General Stanley) and Nancye Hayes (Ruth). The casts talent, fantastic music and plentiful amount of comedy made this a highlight of my time at the theatre this year.

The Pirates of Penzance ended up being a clear favourite of mine in 2015, and is well deserving of my Theatrical Production of the Year Award for 2015.