FLUFF: A Story of Lost Toys Begins at QPAC For School Holiday Season 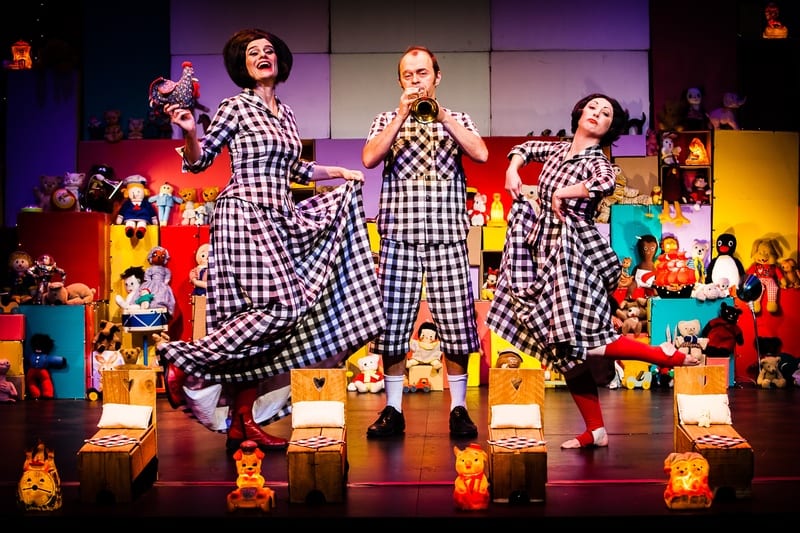 Fancy taking your children to the theatre these school holidays for an enjoyable experience, but think they are too young to see a stage musical like Wicked? Originally commissioned by QPAC for their Out of the Box festival for children in 2002 and created by Queensland based theatre company Cre8ion, FLUFF: A Story of Lost Toys is now been performed at QPAC’s Cremorne Theatre from today until April 15th 2015.

Developed to entertain a younger audience and their parents by being “magical, playful, and a little offbeat with a strong comedic edge”, FLUFF: A Story of Lost Toys tells the story of the Gingham family, who are very concerned for all of the lost and discarded toys around the world. The characters travel all around to retrieve them, bringing them to their colourful home of odd shaped boxes where they welcome them to the family.

FLUFF’s principal cast consists of three performers who each have had a role in developing the show into what it has become. These include writer and designer Christine Johnston, choreographer Lisa O’Neill and onstage musician / sound engineer / sidekick Peter Nelson. While I haven’t seen this show, and likely will not have the time to, I was around South Bank today for various reasons and did see swarms of seemingly happy children and their parents swarm out of the theatre following what I presume to have been the show.

(Sam’s Note: For those a bit older waiting around for their siblings to watch a performance, I recommend checking out the new Tony Gould Gallery exhibition, highlighting costumes, props and information from various theatre productions held by QPAC in its 30 years)

FLUFF: A Story of Lost Toys runs for approximately 50 minutes (No Interval), with daily sessions (Except Monday) running at 10AM and 12:30PM. Tickets come at a flat rate of $25.00, with each ticket dropping to $20 if you purchase four or more. For more information and to buy tickets, visit the QPAC website.

Excited kids coming into the #Theatre to hear about the lost toys in #FLUFF @QPAC Opens Today pic.twitter.com/ys75CqcCEM