Available exclusively to AnimeLab Premium Subscribers, Australian anime publisher Madman Entertainment have confirmed that all 51 episodes of 1980 anime series ‘Astro Boy’ are now available to watch via their official and legal AnimeLab video-on-demand service. These episodes, available exclusively with the English Dub, can be watched HERE.

Those who don’t have an AnimeLab Premium subscription or don’t wish to watch the episodes online can also purchase the series on DVD. Madman Entertainment offer the 1980 series across two-half season DVD collections, both of which are priced at approximately $39.95 each. These collections can be purchased via either the Madman website or your local anime retailer.

AnimeLab is Madman Entertainment’s official and legal video-on-demand service for their titles. While a functionality reduced version of the service is available at no charge to those residing in Australia and New Zealand, a new Premium service was unveiled a few days ago, bringing with it additional perks. For $6.95 AUD per month or $69.50 AUD per year, paid members will have immediate access to simulcasts, access to the back catalogue, 1080p high definition video where applicable and access to both subtitled and dubbed anime. More information can be found HERE.

2030 AD. After being abandoned by his creator, a young boy robot is rescued by an Android Advocate, Dr Elefun, who adopts him as his own and guides him in the use of his special powers to aid and protect mankind and robot-kind.

Not only was Demon Slayer -Kimetsu no Yaiba- The Movie: Mugen Train the highest grossing cinematic release of all time in Japan, but also...
Read more
Anime

Joining a growing list of anime in the "Anime I didn't expect to see ever licenced outside Japan, but acquired by Sentai" category is...
Read more 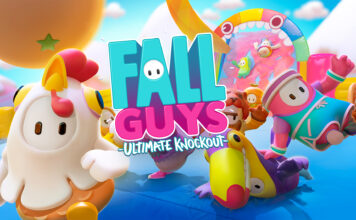