Gatchaman Crowds is the latest instalment in a long line of series adapted from the original 1972 anime Science Ninja Team Gatchaman  (科学忍者隊ガッチャマン). As this is the only season currently in-print here in Australia, don’t feel concerned that you are missing out on too much as a first-timer. Asides from the appearance of Gatchaman and a few other minor elements that viewers won’t miss out on if this is their first exposure to the series, Gatchaman Crowds holds very few similarities to its predecessors.

The storyline of Gatchaman Crowds is quite tricky to describe as they have clearly tried to cram far too much into a single season. Enlisted with very little opposition or knowledge by an entity known as J.J. Robin; bubbly and energetic high school girl Hajime Ichinose is enlisted as the sixth member of the “G-Crew” – a secret organization that works towards protecting the human race from alien threats. Each member of this group possesses their own NOTE, a notebook manifestation of their soul which allows them to stay in contact with other book holders and summon their superpowered Gatchaman form at whim.

Hajime’s over-the-top personality brings new life into the group, as she embraces the task of defeating cube-like aliens known as MESS which have been kidnapping humans in the local area. A struggle against the MESS has been a challenge for the G-Crew for several years… and Hajime joins in their fight against these beings throughout the entire series. At least that is what you might expect… until Hajime manages to resolve the issue in two whole episodes.  It was a surprise to see this aspect of the storyline end so quickly, but it was beneficial considering the series wouldn’t have benefited from this C-Grade approach to storytelling. 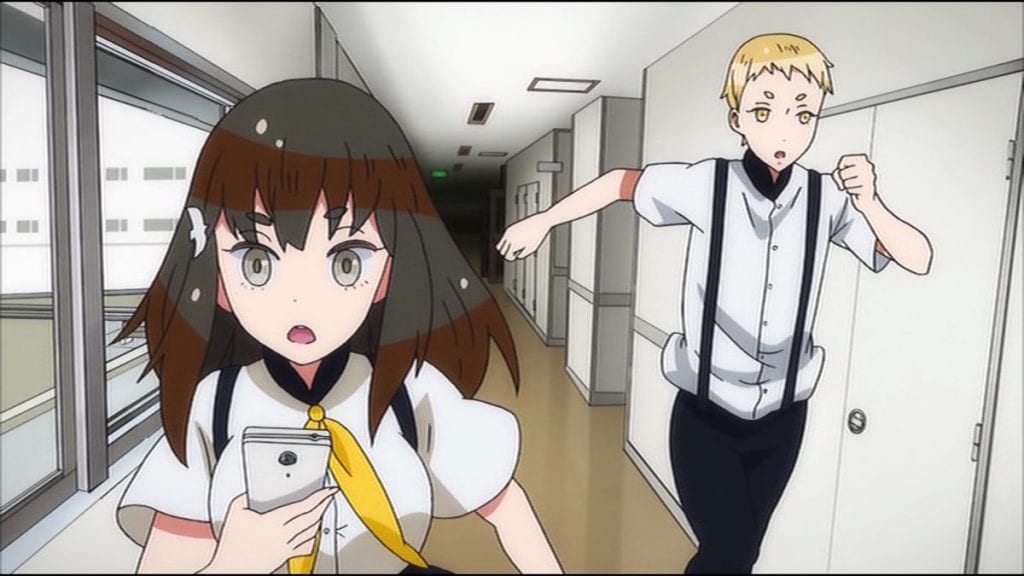 The second element to the storyline of Gatchaman Crowds involves the social networking service GALAX, which is managed by a young ambitious programmer and the artificial intelligence X. Beginning to gain popularity, GALAX is able to aggregate data and user information in order to support the community uniting together to “Update the World” through tasks and incident responses. This has proven so successful that GALAX users are becoming more effective than some community services, and even if not are serving as a compliment to public services that may take a while to respond. However everything changes when a new alien threat by the name of Berg Katze arrives on Earth with the goal of destroying the planet… and becomes a threat the neither the Gatchaman or GALAX users can handle alone.

Before writing this review I was talking to a friend over Facebook about this show, and we both came to use the same single word when it came to describing Gatchaman Crowds… “Refreshing”. There are a range of reasons for this analysis, but in simple non-spoilerish terms it is because this series ignores many cliches that are present in your average Action or ‘Super Hero’ genre anime from its memorable characters to storyline structure.

One of my major concerns initially was Hajime, who at first seemed like she wouldn’t have been out of place in one of SHAFT’s over-the-top comedies such as Pani Poni Dash or Negima!?. However her eccentric and indiscriminate personality leads her into becoming one of the shining highlights in Gatchaman Crowds. Completely the opposite of your typical hot-headed protagonist, her acceptance and understanding of every situation she is thrown into allows her to embrace anyone with a cheery manner and think outside the box. Many scenes with her in it tend to end in a way you may not initially be expecting. Unfortunately in return for development of Hajime, the other main character cast members aren’t so well developed, and leave much to be explored in the upcoming second season. 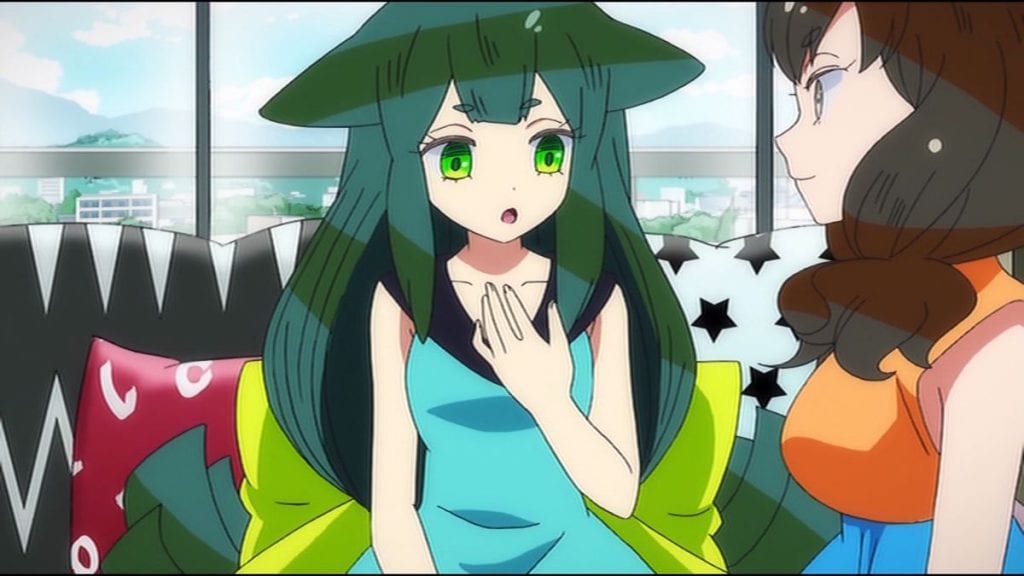 At first the mixture of Gatchaman and the social media service GALUX seems like an odd combination, but come together quite well in the end. In a way the creative approach towards social networking and online gaming are reminiscent of Oz in Mamoru Hosoda’s Summer Wars – where these services are integral to the plot but not too much time is actually spent directly in them. The purpose of this is to compare heroes like the Gatchaman against the capabilities of ordinary and at times easily corruptible humans, rather than simply having those stronger fly in and save the day with every problem. Using one example from the series, there is one incident where a tunnel begins to collapse with many people trapped inside; leading the artificial intelligence X to identify and guide people through the process of a rescue. These scenes are actually more enjoyable to watch, giving Gatchaman Crowds a distinct element from other action anime on the market. In fact, even the Gatchaman element spends most of the season drowned out by the more fascinating aspects of the storyline. Therefore the title Gatchaman Crowds would be more accurately named Gatchaman + Crowds.

If there were one issue with Gatchaman Crowds however it would be that this really needed to be 24-episodes at a minimum. While the production team managed to put together a highly enjoyable and captivating tale in just twelve episodes, it was clear that many corners were cut and needed much more time to deliver just what was offered in the twelve episodes alone. I sincerely hope that they take this into consideration when season two launches next year. This edition also DOES NOT include Episode 12’s Directors Cut content, which is disappointing considering the number of holes in the final episode. 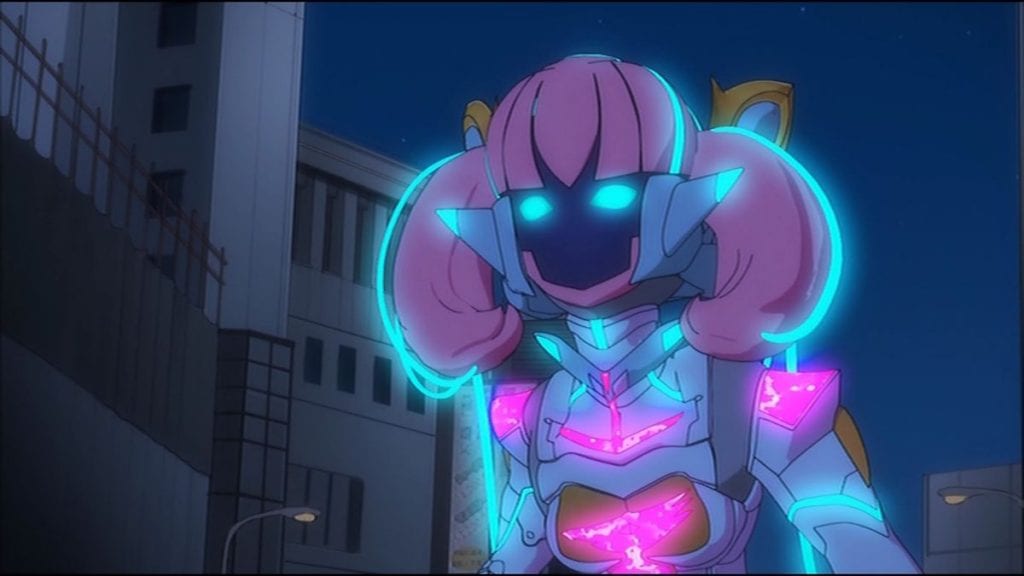 While there are much better looking anime series on the market nowadays, Gatchaman Crowds does manage to deliver visuals that are stylish, vivid and colourful; coupled with some fantastic animation during battles. Anything you would expect to find in the real world nowadays tends to come across as you would expect to look. However anything that is exclusive to the Gatchaman universe such as transformed forms or the G-Crew HQ for example feature unconventional designs that are both colourful and elaborate. Another personal positive about the design decisions was that asides from one of the character occasionally wearing lingerie, there were no blatant attempts at incorporating fanservice into everything that takes place. With only a $5 difference between DVD and Blu-ray editions ($59.99 vs $64.99), I would personally recommend the Blu-ray edition for this release.

Taku Iwasaki served as composer for Gatchaman Crowds, following his work on a plethora of other anime projects including R.O.D: Read or Die. A number of his songs in the past have managed to be incredibly catchy, and there is no exception in his latest compositions. While there were many fantastic songs throughout the series, the most notable was Gotchaman ~ In the name of Love, which serves as the series’ primary “Battle Song”. Not only was the merger of intense beats and dub-step catchy, but it left me with the words “GATCHAMAAAAAAN!” stuck in my head. The opening and ending themes “Crowds” by White Ash and “Innocent Note” by Maaya Uchida were enjoyable, complimented by adequate animation. 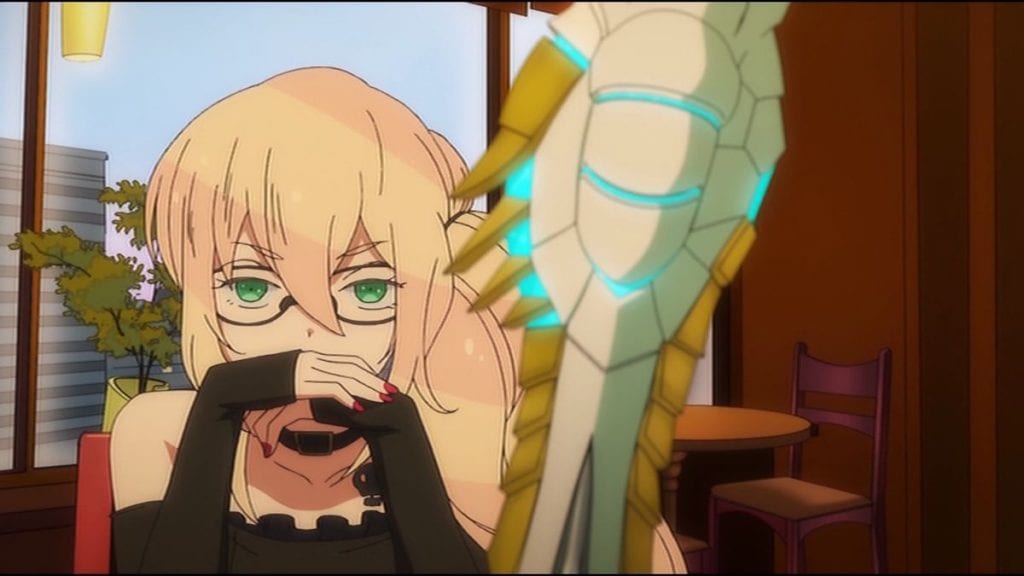 North American publisher Sentai Filmworks opted to commission a new English dub for this series, which was of a high standard overall. The most notable inclusion was Jessica Calvello (Excel – Excel Saga) who perfectly matches Hajime, with other highlights including Shannon Emerick as Rui Ninomiya, Corey Hartzog as Sugane Tachibana and David Wald as Berg Katze. The Japanese dub is also enjoyable, so I recommend going with your personal preferences.

As with most anime releases originally done by Sentai Filmworks, Gatchaman Crowds does not come with much in terms of content. The only inclusions in the edition I received were clean opening and ending sequences, and a compilation of trailers for upcoming/recent Hanabee Entertainment releases. 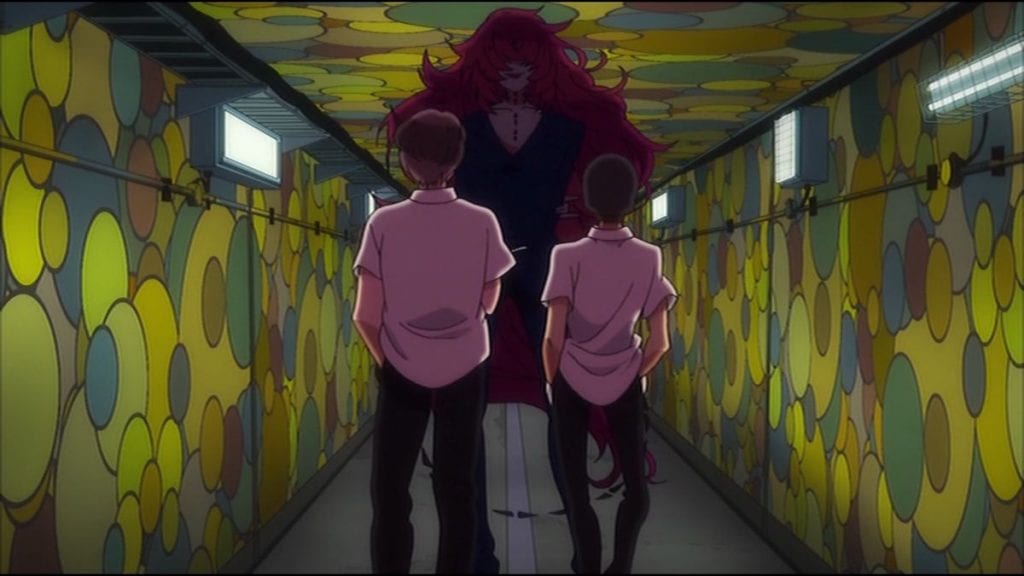 As mentioned above, I consider Gatchaman Crowds to be a very refreshing series for its genre and eagerly look forward to seeing how they will continue on from it next year. With a distinct lead character and a creative use of a social media service in the plot, there were many creative ideas and plots that came together quite well by the final episode. But it was clear that the production team were far too ambitious for the 12-episodes they had to work with, and really needed another season to just flesh out the ideas they presented to viewers. But ultimately, Sentai Filmworks (North America) and Hanabee Entertainment (Australia / New Zealand) have clearly picked out a winner. Gatcha!

Building upon the small but growing collection of retro anime available to stream on AnimeLab, Madman Entertainment has kicked off the weekend by adding...
Read more
Anime

Demon Slayer -Kimetsu No Yaiba- The Movie: Mugen Train holds many Japanese box office records, including the highest-grossing film of all time in the...
Read more 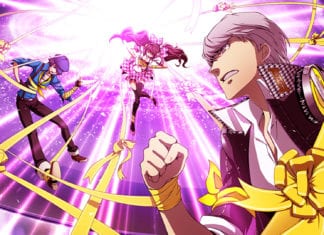 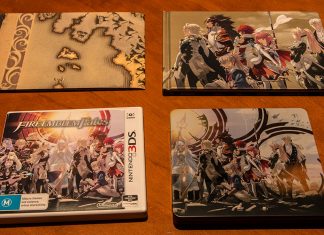 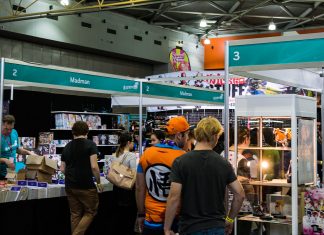 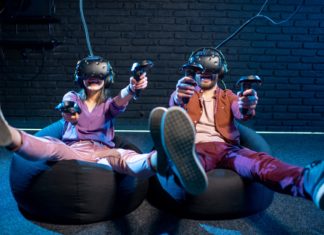