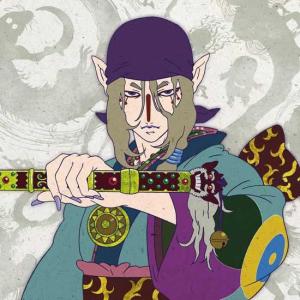 In more news from Australian-based anime publisher Siren Visual, their previously announced acquisition of Mononoke by Kenji Nakamura, while not available for pre-order yet, will be available for purchase from the 22nd August 2013. This is an animation that features a story following on from the “Bake Nako” storyline in “Ayakashi Horror Tales”.

This is another title that joins the companies list of noitaminA series acquisitions, and features a total of 12 episodes, most likely to be Japanese-dub / English subtitle only.

Mononoke is a spin-off of the Bakeneko story arc of Ayakashi: Japanese Classic Horror. It follows the Medicine Seller as he deals with various spirits or “Mononoke” in feudal Japan. Just like in the Bakeneko story, he combats with a series of tools and his vast knowledge of the supernatural on his side, but can only slay the Mononoke when he uncovers its form (Katachi), the truth behind its appearance (Makoto) and the reason for its unusual behavior (Kotowari).