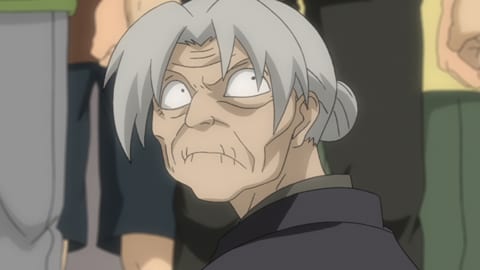 On the 17th May 2012, Siren Visual will be releasing the first part of their English-language exclusive DVD release of Higurashi no Naku Koro ni Kai. This is the sequel to When They Cry (Higurashi no Naku Koro ni) which was released by the company with an English dub last year. The company has today opened the pre-orders for the second and final part of the series which focuses on uncovering the culprit and their intentions, providing backstory and bringing the mystery to an end. This release is slated to hit shelves on the 19th July 2012, but can also be ordered HERE. So far pre-orders for Part 1 have set new records for Siren Visual.

On a hot summer day in 1983, a transfer student named Maebara Keiichi comes to a peaceful rural village in Hinamizawa. There he befriends his classmates Rena, Mion, Rika, and Satoko. Just as Keiichi is beginning to assimilate into simple rural life, he stumbles upon the dark history of Hinamizawa – every year for the past four years, one person has been murdered and another has gone missing on the day of the Watanagashi Festival. Higurashi no Naku Koroni Kai is an unnerving story of rural folklore and small-town psychosis steeped in brutal violence and horrific sadism. Cute and funny one minute, sinister and twisted the next, When they Cry broods with a unique psychological malaise.

For my two reviews on the first season, they can be read HERE and HERE. Expect reviews of this season as the individual parts are released.