Umineko When They Cry – Question Arcs Remake to Launch in July 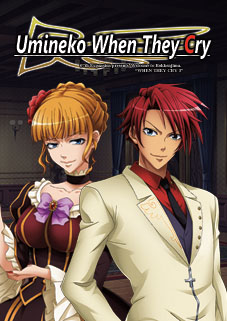 Giving Umineko no Naku Koro ni the same treatment that they are for Higurashi no Naku Koro ni, international visual novel publisher MangaGamer are releasing a remake version titled Umineko When They Cry. Rather than individual chapters being worked on and published, it seems like this 8-arc series will be released across two volumes – “Question Arcs” and “Answer Arcs”.

This version will feature a number of differences from 07th Expansions original version. New features include the ability to switch between both English/Japanese text and original/new character portraits. In terms of character portraits, this is new artwork created for this release, rather than the ones used in Alchemist’s Japan-exclusive PlayStation 3 / PlayStation Vita port.

Umineko When They Cry – Synopsis

Welcome to the Rokkenjima Island of October 4, 1986.

You have been given a chance to catch a glimpse of the family conference held annually by the Ushiromiya family.

The remaining life in the old family head who has built up a vast fortune is very slim. To his children, the greatest point of contention at this family conference is the distribution of his inheritance. Everyone desires all that money, no one relents, and no one believes.

Who will gain the old head’s vast inheritance? Where is the 10 tons of gold that the old head is said to have hidden? Can the unnerving riddle of the epitaph which is said to point to the location of that gold be solved?

In the midst of this, a suspicious letter is sent from one claiming to be a witch. The presence of a 19th person on this island, which should only have 18, begins to hang in the air. Brutal murders repeat, and unsolvable riddles are left at the scene. How many will die? How many will live? Or will everyone die? Is the culprit one of the 18, or not? Is the culprit a “human”, or a “witch”? 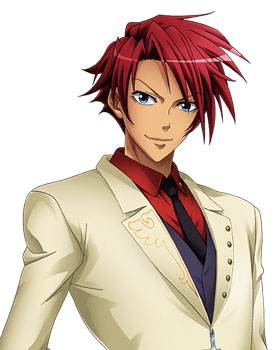 The son of Ushiromiya Rudolf and his first wife, Asumu.

When his father married a second wife shortly after Asumu had passed away, Battler rebelled and went to live with his grandparents on his mother’s side. However, both of these grandparents passed away, and he had now returned to the Ushiromiya family after six years.

This family conference is a chance for him to renew his friendship with his cousins after a six year gap. 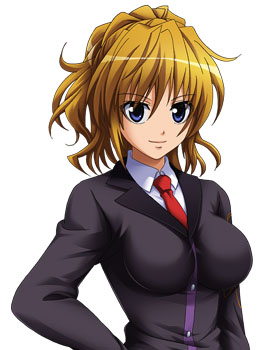 In the absence of any irregularities, it is thought that she will eventually inherit the headship of the Ushiromiya family (or technically, her husband will). However, she seems to have no interest in all of this.

She was born with weak bronchi and is sometimes assailed by sudden asthma attacks. 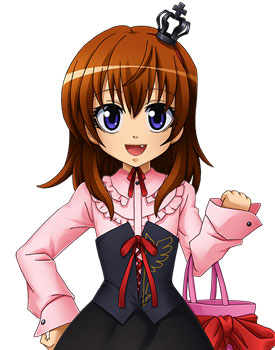 The identity of her father is unknown.
She can’t shake off the habit of speaking like a young child, which often earns her a scolding.

She has no interest in studying or making friends, but is very interested in things concerning the occult and black magic. Thanks to her excellent powers of memorization, she knows all kinds of obscure trivia. 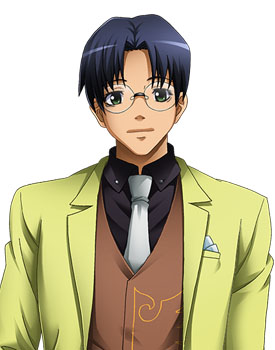 The son of Ushiromiya Eva and Hideyoshi.

An affable young man liked by everyone in the family. He is currently studying as an assistant for his father’s company, and it seems he dreams of making it on his own one day.

As the oldest of the four cousins, he acts as their leader and arbitrator.