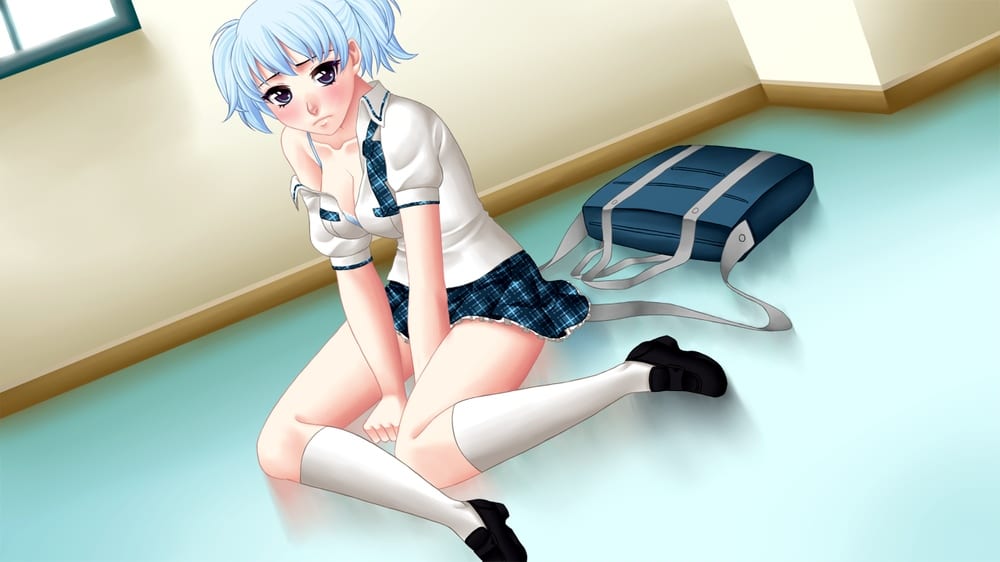 Developed by the team at AJTilley (Beach Bounce, Divine Slice of Life), it has been announced that the visual novel Highschool Possession is now available for purchase. There are two editions of this title which exist, an all-ages version which can be downloaded via Steam and an 18+ version which can be purchased via the MangaGamer Online Store. Purchasing the 18+ version will also net you a complementary Steam code.

The 18+ version will come with no voice acting but no mosaics over naughty bits. As with most visual novels released on Steam, this version will be more appropriate for a wider audience.

Our protagonist, a fairly ordinary, normal, down to earth young man, has his whole world view shattered when a strange force comes to him and causes him to switch bodies with his classmates. But not just any bodies, he leaps into the bodies of his two ‘school idols’ the girls he has had a crush on for a long time and been unsure who to ask out.

What initially seems great soon takes a darker turn as he realizes his two ‘perfect idols’ have some secrets of their own. What is more he has no idea what is happening to his own body or what is causing this supernatural event.

All good things must come to an end, and for the Japanese visual novel developers OVERDRIVE, that came in 2018 when they released their...
Read more
Visual Novels

Traditionally when it comes to visual novel acquisitions, western publishers acquire works on a title by title basis. This does have benefits for both...
Read more
Visual Novels

In a rather sudden confirmation from international visual novel publisher Jast USA, it has been confirmed that the 2011 otokonoko visual novel Tomgirls of...
Read more