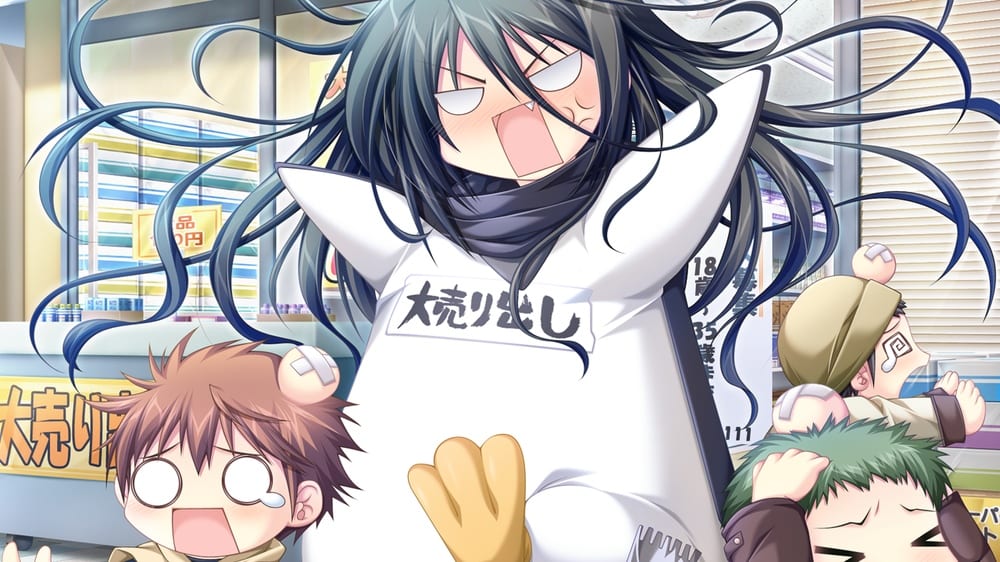 Providing visual novel fans with another all-ages title to check out via Steam, international publisher and licenser Sekai Project have confirmed that G-Senjou no Maou – The Devil on G-String is now available for purchase on Steam for Windows-based PCs. This is a slightly older title, having been developed initially released in Japan by AKABEiSOFT2 in May 2008. But it also serves as their first officially localised release, so fans of their work could possibly see more of their titles published in English in the future.

G-Senjou no Maou – The Devil on G-String is claimed to provide approximately 30-40 hours of interactive story. Described by Sekai Project as “a visual novel filled with crime, mystery, and intrigue”, this title features a story and scenario by Loose Boy and artwork/character designs by Alpha. For those who are interested in such collectibles, the Steam edition does feature Steam Trading Card support.

In terms of pricing, G-senjou no Maou – The Devil on G-String is listed at a regular price of $19.99 for the voiceless edition or $39.99 for the (Japanese) voiced edition. Until November 12th, they are offering a 30% off launch discount, meaning that the editions are available for $13.99 and $27.99 respectively. Should you purchase the voiceless edition and wish to upgrade at some point, it is possible for do so through paid DLC priced at $19.99.

A gripping tale of power, deviously-masterminded criminal activity, and an intricately woven web of plot-thickening schemes, players are placed into the shoes of Azai Kyousuke, the adopted son of an infamous Yakuza gangster. Kyousuke knows what he likes and lets absolutely nothing stand in his way in getting what he wants.

Referred to as God by his classmates, and the wickedly strict president of one of his father’s subsidiary corporations, Kyousuke often enjoys listening to classical music and “working” off a debt owed to his father. But when a beautiful girl named Usami Haru appears in town along with an international criminal known as “Maou,” they bring with them their cat-and-mouse game of plotting and intrigue.