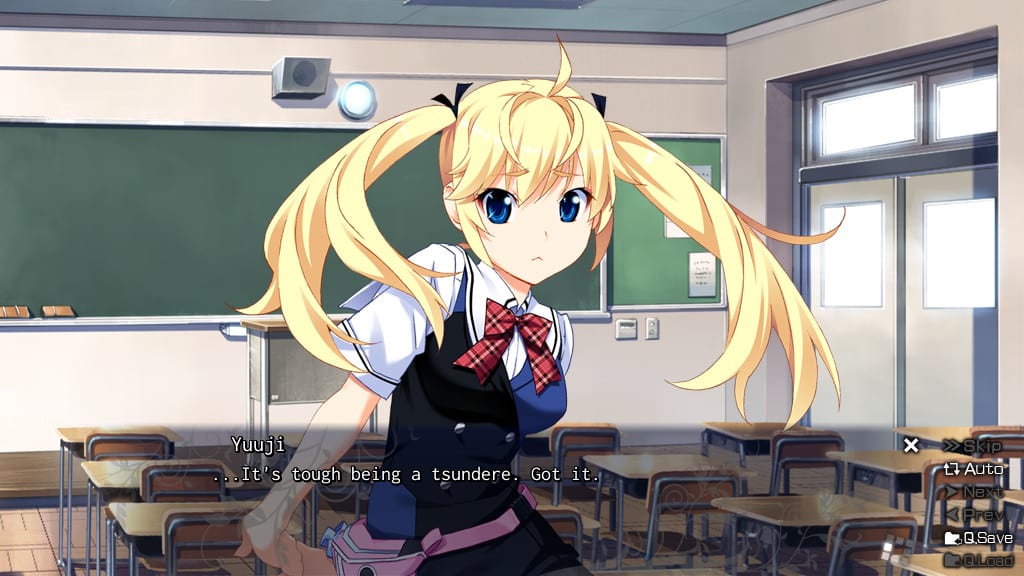 The team at visual novel localiser/publisher Sekai Project had every right to celebrate in February 2015, having successfully raised $475,255 USD during their crowdfunding campaign for an English localisation of Front Wing’s The Grisaia Trilogy. Since this time, the team have clearly been hard at work on delivering the finished product. Although there are still two more titles to go, Sekai Project have hit their first major post-crowdfunding milestone – their release of The Fruit of Grisaia via the Steam digital download service.

While those who pledged towards a digital or physical copy should have already received their download codes, it is also possible for everyone else who didn’t pledge to nab themselves a copy of this visual novel. While priced at $39.99 USD (Making it one of the more expensive visual novels on Steam), the publisher is offering a 20% discount ($31.99 USD) until June 5 2015.

As with all other visual novels on Steam, The Fruit of Grisaia is all-ages friendly – with no sexual content. Denpasoft will be handling the 18+ versions of The Grisaia Trilogy, however no release dates have been confirmed.

Official Synopsis for The Fruit of Grisaia

SIX FRUITS BARE THEIR FANGS AT THE WORLD.
–The academy was their orchard.
In this place of learning, protected by high walls from the outside world, there arrived
a single young man who’d lost his purpose in life. He’d lost sight of what he wanted to protect. He passed his days in a haze of guilt and regret. All that remained to him were the chains around his neck… And a life worth less than that of a stray dog. But in that academy, he would meet five young women. And in time, he would discover a new thread of hope.
–That girl’s very birth was a mistake.
The sin of disobedience–
–A life not so different from death.
No one’s going to protect you–
–And survival itself can be a punishment.
That place was their orchard. Those young women were the fruits of remorse, grown on the tree of sorrow.
“What can I do for them…?”
In that thought lay the undying hope one young man had dreamed of finding–