Steins;Gate Visual Novel is Headed Internationally Thanks to JAST USA 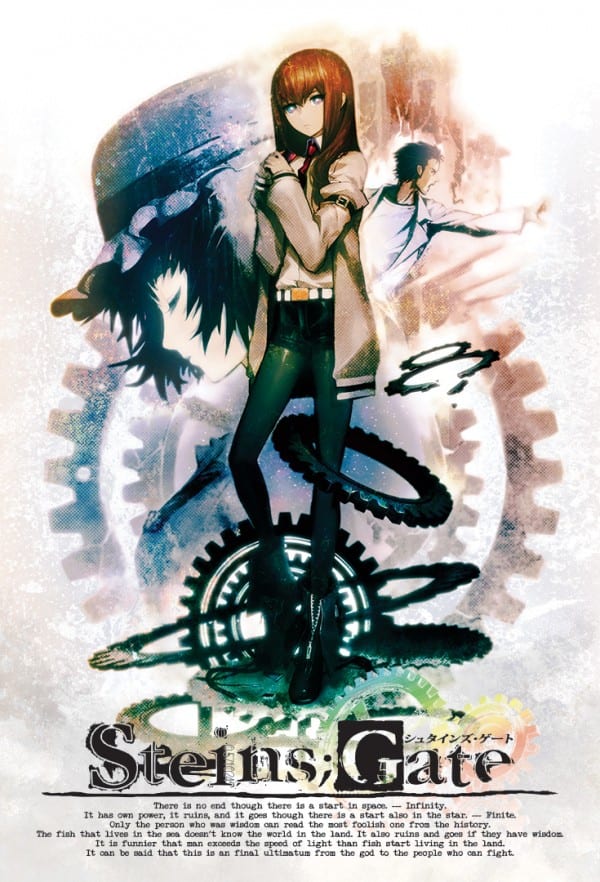 Given there are only a handful of publishers for English localized visual novels on the market, it seems that most of the titles have been based more around the 18+ eroge titles than the all-ages titles. That being said, both MangaGamer and JAST USA have both released all-ages titles in the past, and at Anime Expo 2013 JAST USA announced a beaut!

The company confirmed after a number of rumors over the past few months that they have plans to bring Steins;Gate – the product of a collaboration between NitroPlus and 5pb to the PC at a later date. You may recall this title from my earlier reviews of the anime series which has been released internationally by Funimation Entertainment over the past year to high acclaim. As a science adventure game, the story revolves around a man by the name of Rintarou Okabe and his Future Gadget Laboratory. Having manged to produce a “text message” time machine out of a microwave, he and his fellow members come under the attention of the potentially evil organization SERN… and if things don’t go to plan the future might not be so bright and cheery.

Despite originating on video game consoles, it is highly likely we will only see the PC editions of this visual novel series released internationally. Still, this is great news and I look forward to hearing more details on this title as the weeks and months progress. This is not the only Nitroplus title released by JAST USA in the past – others including Saya no Uta and Deus Machina Demonbane.