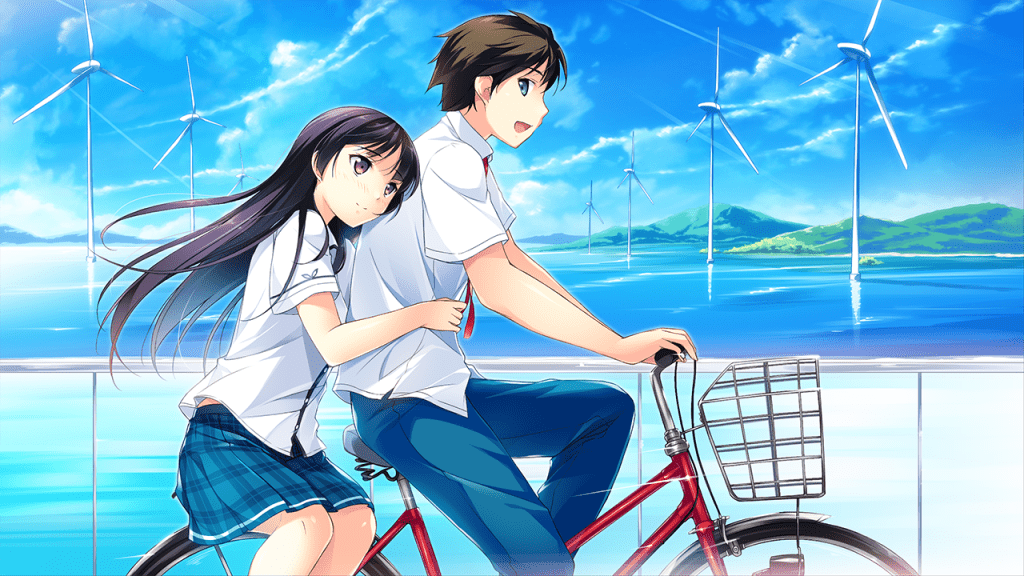 Visual novel localizer/publisher MangaGamer have confirmed the addition of If my Heart Had Wings to their online stores release slate.

Winning 3rd place overall in the 2012 Bishoujo Game Awards, this latest visual novel release (and the first one published by new publisher MoeNovel) features a translation by Active Gaming Media (AGM) who subsequently has had roles in bigger localization projects such as Demon’s Souls and No More Heroes.

The visual novel is set for release from the 28th June 2013, and unlike many titles directly distributed by MangaGamer is all-ages, being rated T for Teen (or 12 by PEGI standards). Both hard and digital copies will be available.

Aoi Minase, a boy whose dreams were shattered has returned to his hometown of Kazegaura where there, on top of a hill lined with windmills, he encounters a wheelchair-bound girl, Kotori Hanabe, and a large, white glider soaring through the sky.

Before long, they will begin to revive Keifuu Academy’s Soaring Club, which is on the verge of having its club status repealed, in order to ride the “Morning Glory”, a phantom cloud brought by the wind which blows across Kazegaura.

This is a tale of youth, a tale of those students who loved the sky.