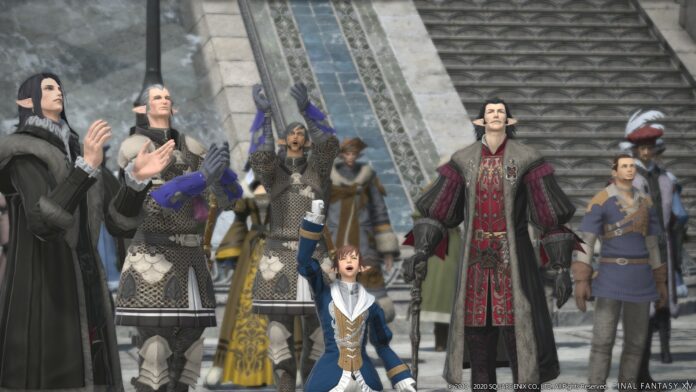 In each of the previous major patches to Final Fantasy XIV Online, Eorzea’s Warriors of Light have come together and contributed their crafting skills towards restoring Ishgard – what is quite likely to be the fifth player housing district in a future update. They do so for not only rewards through the in-game Skybuilder Rankings which offer special achievements and titles, but also being able to acquire some rather neat perks.

Ahead of releasing Patch 5.41 which is due to deliver the final Ishgardian Restoration update, developer Square Enix has highlighted the new glamour, mount and emote on offer to those who partake. Even if you are not usually one to delve into the RPG’s extensive crafting system, it might be worth grinding a little bit for the adorable attire on offer!

Digimon: Digital Monsters was the standout classic from my childhood. Although overshadowed by Pokemon, this was...
Previous articleHigurashi: When They Cry Answer Arcs On-Sale for 40% Off
Next articleSoapbox: Theatres Need to Strictly Enforce Face Masks Amid New COVID-19 Strains
Twitter Youtube
© The Otaku's Study
Go to mobile version