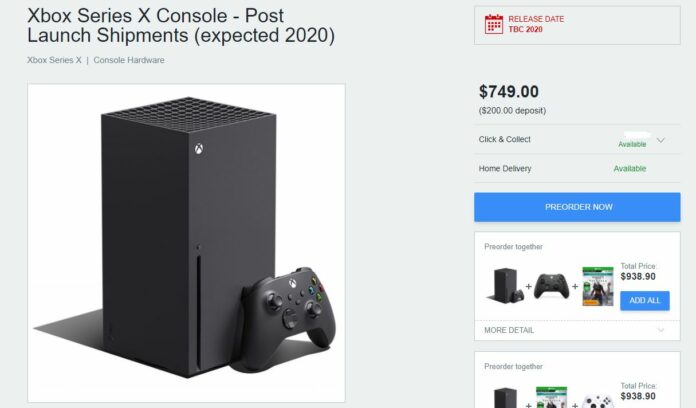 In what could very well be a sign that Microsoft is doing their darnest to ensure an ample supply of post-launch 2020 stock of the Xbox Series X and Xbox Series S, almost four hours after launching pre-orders for that second wave, pre-orders are still being accepted. This is good news for those who, like myself, had little success getting the EB Games Australia website to load at 3pm today. Of course, there is no guarantee that, should you pre-order, that the console will be in your house by Christmas Day – as the 2020 release window is only “expected”.

The “2020 Stock” preorders for EB Games Australia have remained open longer than they were for the PlayStation 5, where launch day stock was available for approximately an hour and 2020 stock sold out within two hours. Given the pre-order date and time was known in advance however, Xbox Series X and Xbox Series S launch units sold out much quicker, within 15 minutes of going on-sale.

In a statement made by the Final Fantasy XIV development team earlier today, it...

Let's first address the elephant in the room... Shin Megami Tensei ≠ Persona. Although marketed with the...
Previous article[Video] Serious Sam 4 – A Look At the Narrative
Next articleAzur Lane: Crosswave to Receive Nintendo Switch Release in 2021
Twitter Youtube
© The Otaku's Study