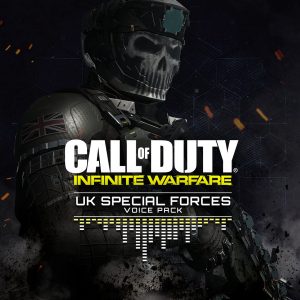 Setting out to provide a “unique way to personalize and enhance the multiplayer experience” in Call of Duty: Infinite Warfare, Activision and Infinity War have confirmed that two new Voice Over DLC packs are now available for purchase for the science fiction first-person shooter on the PlayStation 4 and Xbox One.

Something a little bit different from what you may see in other comparable games, voice over packs in Call of Duty: Infinite Warfare replace the standard in-game commentary with custom dialogue narrated by other characters. It is something that Dota 2 has done well in the past, with custom announcers including the Narrator from Stanley Parable, the titular characters of Rick and Morty, and GladOS from Portal.

Details on the two announced voice over packs can be found below:

UK Special Forces VO Pack: This pack features voice-overs from Craig Fairbrass, the voice of Ghost from Call of Duty: Modern Warfare 2.  This tough-talking British Soldier narrates all the action with his trademark grit and style. Sound like someone you would enjoy listing to while in a multiplayer match? Good news, this pack is free for all players.

Method Man VO Pack: This pack features voice overs by Method Man, the hip hop artist from the musical group Wu-Tang Clan, who will guide you through multiplayer combat. According to Activision: “The American rapper, producer and actor dials up the intensity, updating you on killstreaks, enemy activity and adding some extra flavor to every MP firefight”. Unlike the UK Special Forces pack, the Method Man VO Pack isn’t free. It is currently available for $5.95 AUD.